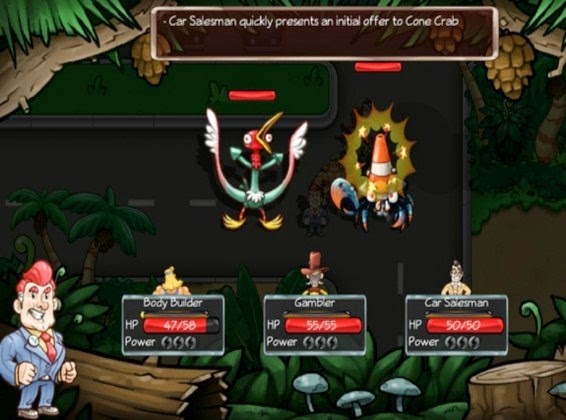 Satire is a very difficult genre for to pull of well in a game. Consider this – if you went along to a 20-hour performance from a comedian, would you find him or her as funny by the end as the start? Probably not, right?

It’s the same reason that comedy films tend to be shorter than whatever Peter Jackson is shooting at the time, and it’s an extension of the basic truism that a joke stops being funny when it’s repeated often enough. That’s the problem Citizens of Earth encounters. It’s got moments of pure brilliance, but it’s hard to shake the feeling that it’s like a child that gets a laugh from a joke, and then repeats it over and over again hoping to get the same reaction each time.

Related reading: For a different take on the game, read Jedediah’s excellent deconstruction of the PlayStation 4 version!

In Citizens of Earth you play as a hopelessly incompetent Vice President of the earth. The fellow still lives at home with his mother, and carries himself with a sense of sheer entitlement that is only funny because it so accurately mirrors the behaviour of too many real politicians in the world. And, in the game’s sharpest criticism of politics, he doesn’t participate in battles himself. Instead he recruits people from the population and then sends them into combat for him, hurling out “encouragement” without providing any meaningful support. 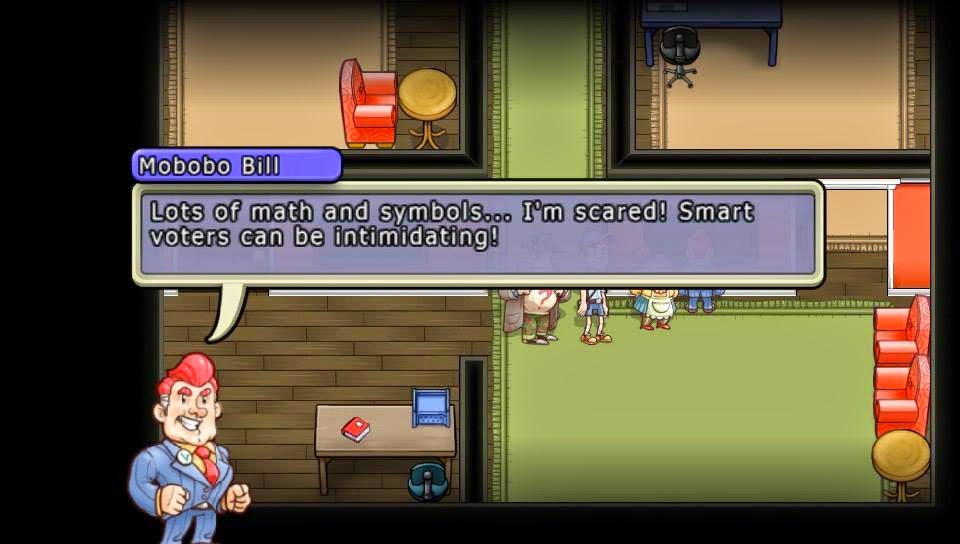 Mechanically this works out to be quite interesting. There are 40-odd characters to recruit, and these range from the aforementioned mother (that’s right, this politician puts his own mother in to fight his battles) to a school teacher, a journalist, a pastry chef and a crazy cat lady. Each character is recruited by completing some kind of quest for them (usually a fetch quest, to be precise), and then they add both combat options and skills that can be used outside of combat. What’s more, when in battle if a character levels up, their statistics gains will depend on who they are fighting that battle with. One ally might boost the attack strength, while another might bolster hit points. With three characters in a combat team (and it is possible to swap between them at will) pulling together a team that can cope with a high difficulty setting has much more depth than you would have expected for a satirical game.

With that being said, individual characters are not that interesting when taken in isolation. They unlock new skills automatically as they level up, and the only resource to watch in battle is an Action Point system. Weak attacks will build up points, while stronger attacks will use them. It’s an effective way to handle character development and keep combat streamlined, but over the longer term it’s not all that engaging.

Citizens of Earth relies heavily on its humour to keep players interested, and for the most part the jokes work the first time around. Enemy design borrows more than a little from the Earthbound approach to design, and are suitably weird to score a chuckle or two. And the plot goes from silly to utterly insane, and is easily worth playing to completion just to see how the game’s writers managed to keep one upping themselves. 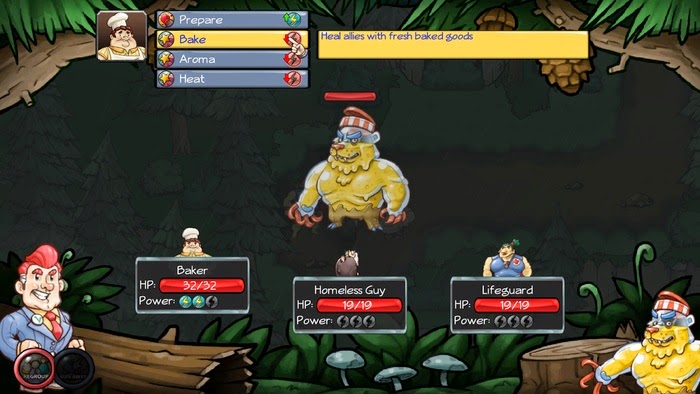 But as the game wears on it starts to creak under the weight of sustaining comedy for far longer than comedy should be sustained for. The Vice President is an incredibly unlikable character, and that was a clearly deliberate characterisation of the guy, but it makes it difficult to relate to anything happening in the narrative when there isn’t an empathetic lead. None of the misfits that he recruits into his team are especially interesting either, given that their only real narrative purpose is to enable craziness of the president.

Related reading: For another example of a satirical game, check out Dragon Fantasy: Book 1, also on the PlayStation Vita.

Many of the characters also exhibit stereotypes which, while not offensive, don’t help leave an impression that the game has gone for anything but the easy points in comedy. The aesthetic design of these characters and their environments are fun enough, but it lacks the consistency and appeal of the Earthbound franchise that it owes so much to. The voice acting, however, is completely appropriate to the characters.

In the end, the biggest issue with Citizens of Earth is that it’s not an especially in-depth or intelligent satire of politics. It’s entertaining, but it’s a straightforward kind of mockery that in lacking subtlety is hardly memorable.