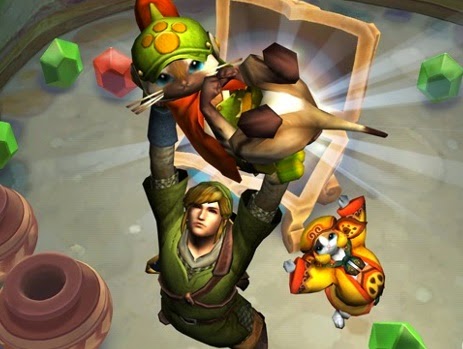 Preview by Matt S.
Last week, following the first Nintendo Direct for the year, the publisher sent out codes for a demo for Monster Hunter 4 to select 3DS owners. That demo was surprisingly comprehensive, offering three monsters to fight as well as offering a taste of the multiplayer play.
Now I’m not the world’s biggest fan of Monster Hunter, but I couldn’t resist trying out this game as it is a big feather in Nintendo’s cap of early year releases. And so, give it a go I did.
The first enemy I fought was the ever familiar Great Jaggi, and a couple of things stood out instantly – this is the first time I’ve had the opportunity to use the New Nintendo 3DS’ little nub that is designed as a second control stick. This thing doesn’t even come close to the precision of a proper second stick, and while it does a decent job in controlling Monster Hunter 4’s camera, you won’t see any decent FPSers using it for anything. 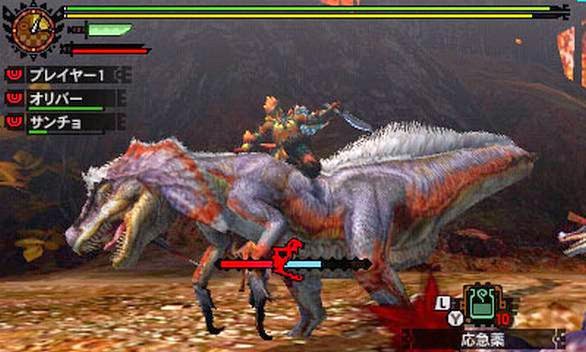 The second thing worth noting is that Monster Hunter 4 is starting to show the age of the 3DS’ hardware. The art aesthetic is classically beautiful Monster Hunter stuff, but 3DS screen itself is too low resolution to really show off the beauty of the art style, and as such the level of detail is lower than you’d hope for. What we’re seeing more and more is developers opting for “super deformed” or SD character models, like what we see in Persona Q and the upcoming Hatsune Miku: Project Mirai, and the developers are using these so that they can still give characters facial expressions and the like. With Monster Hunter 4’s conventionally-shaped characters the face is a blurry mess at best.
This issue is going to be compounded by a lack of a Wii U version. The port of Monster Hunter 3 (Monster Hunter 3 Ultimate) to the 3DS was complemented with a Wii U title that really showed off the beauty of the world, creating an experience where, when at hope you’d play on the preferred platform, but when you were out and about you’d accept a sharp drop in visual standard because you’d be making progress in your game to play again on the big screen when you got home. With Monster Hunter facing serious competition from the likes of Toukiden, which is getting a console release to go with the already higher-quality Vita screen version, it does seem like a regression to be playing a game about fighting epic monsters with no option for a big screen experience.
But those musings aside, Monster Hunter 4 is clearly going to be a traditional Monster Hunter title on its full release, and fans of the series will likely know what to expect (and whether they’ll buy this new one or not) by now. There are new weapons to play with, new environments to explore, and new monsters to figure out how to take down. The difficulty is still there, as is the fact it’s a game better played in multiplayer. 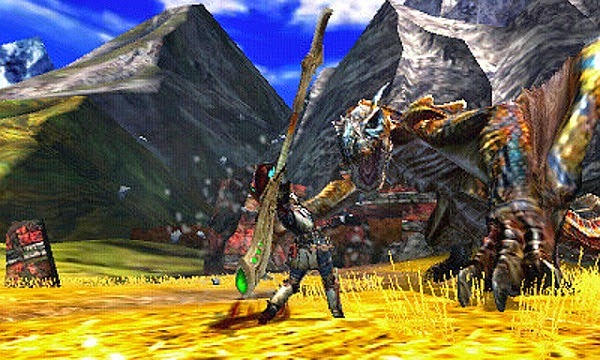 So focused on providing an authentic Monster Hunter experience is Monster Hunter 4 that I am slightly concerned that there’s so little evident effort to bring something to to the franchise from the three monsters I fought against (aside from the rather entertaining ability to jump on the back of the monsters for a spot of deadly rodeo). I’m not enough of a Monster Hunter fan to appreciate the more minute nuances that have no doubt been added into the game, mind you. Just like there are plenty of people out there that look at each new Dynasty Warriors game and wonder why someone would want to play “the same thing”, even though fans notice the subtle nuances that each new game brings the franchise, so too am I sure that Monster Hunter fans will find plenty of tweaks to this game that they find appealing.
I came away from the demo much the same as I went in – Monster Hunter 4 is clearly going to deliver everything that it is expected to. I’m sure it will be a mild hit for the 3DS, but to be honest, I’m looking forward to Toukiden that much more that it’s hard to get too excited over this one.
– Matt S.
Editor-in-Chief
Find me on Twitter: @digitallydownld
Share this

Sid Meier’s Starships is announced and the trailer is woeful