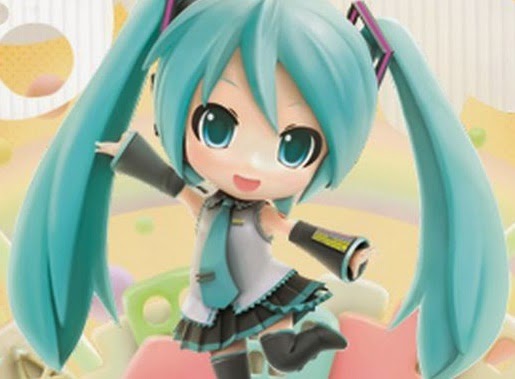 God bless SEGA. The company has announced that Hatsune Miku: Project Mirai DX for the Nintendo 3DS has a release date of May 26 for America, May 28 for Japan and Korea, and Europe (and we presume Australia) on May 29.

Project Mirai DX will play much like the utterly brilliant Project Diva F games, with 48 full length tracks of intense rhythm action to work through. Unlike Project Diva F, you’ll get to choose whether you want to save your 3DS’ buttons from abuse with touch-only gameplay options. There will also be the ability to create your own dance routines and song phrases, to customise your experience.

The other obvious difference about Project Mirai DX is its aesthetic style. For this game, SEGA has partnered with Good Smile Company, the miniatures maker that makes the best Miku collectibles, and the in-game characters all look like their popular Nendoroid style. I personally prefer the more “realistic” Miku, but it’s impossible to deny that the game looks all kinds of cute.

I was able to briefly play Project Mirai at Tokyo Game Show last year, and I can confirm that it’s very good, and if you’re a fan of either Theathrhythm Final Fantasy, or the other Miku games, you are going to have a good time with this one.

There are apparently preorder bonuses, but SEGA hasn’t announced any formal details about those yet. Regardless, 3DS owners and Nintendo-only players will finally get to see what all the Miku fuss is about, and that’s a good thing!