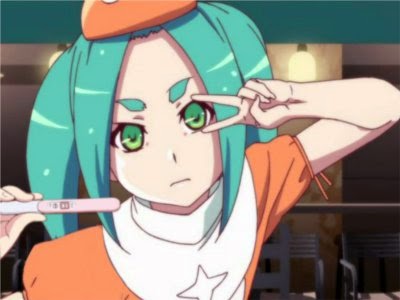 News by Clark A.
2015 is upon us and that means there’s a whole slew of new anime on the horizon (and that the Gregorian calendar progressed as expected). If you’ve spent the holiday break chipping away at the old backlog, you’ll be pleased to hear that there’s already a new show to watch in the form of Tsukimonogatari. Granted, you’ll want to have watched all the previous entries in the Monogatari series to fully appreciate this one, but it’s certainly worth the consideration.
Our love for this franchise is no secret. We’ve written at length about just how stellar Bakemonogatari, Nisemonogatari, and Nekomonogatari White all are so we’ll be the first to suggest you take the last couple days of break (assuming you still have one) to catch up.
The latest chapter, Tsukimonogatari, is a very brief series. Its four episodes clock in at 98 minutes or the rough length of a feature film. In Japan, the series was broadcasted as one fluid marathon.
Here’s the official synopsis:

The time is February, after the ordeal with Nadeko Sengoku was resolved thanks to Deishu Kaiki working behind the scenes. As Koyomi Araragi studied for that last push before the college entrance exams, a change to his physical body that “could not be overlooked” was starting to happen. The difference that could be described as retribution for all his past action is…!?

If you’re looking to stream the series, it’s the same deal as last summer’s Hanamonogatari in that there’s zero cost attached and it includes English subtitles. You can get started over at Daisuki.

The games of January; quality over quantity