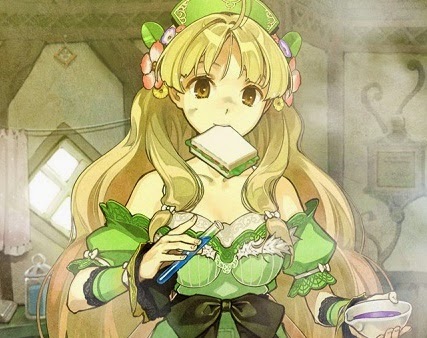 Contest by Matt S.
Just a quick reminder that we have not one, but two contests to win yourself a copy of some of the finest, quirkiest RPGs that have been released in recent years.
Entries for both contests close at 9AM tomorrow morning, Australia time, so get your entries in now to go in the running.
I have copied the details from both contests below as a reminder of what you need to do to go in the running:
Akiba’s Trip Contest:
It’s our first game giveaway of 2015! Thanks to the kind people at NISA, we have three (3) copies of Akiba’s Trip on the PlayStation 4 to give away.

Akiba’s Trip is a quirky open world/ RPG mix that tasks players with ripping the clothes off their opponents. It’s as strange as it sounds, but the DDNet team found the quirky formula to be a clever parody of both the Yakuza-style approach to game development and the Akihabara culture in Japan.

So, if you’d like to play the strangest game on the PlayStation 4 to date, then we have the contest for you! All you need to do is head on over to the survey link below and fill it out, and you’re in the draw (this will sign you up for our weekly newsletter if you’re not already on it).

As always the survey is a contest of skill. This time around we’re asking you to tell us who you would like to see interviewed if there is a second volume of Game Art produced. For people who missed that particular announcement, Game Art is a book that I have spent the last year writing which has interviews with 23 of the brightest creative minds in game development from around the world.

The list of people I interviewed for the first book are below. All you need to do to win a copy of the game is to surprise us with an interesting idea of who you would like to see interviewed next time around.

As always, best of luck in the contest! Entries close at 11 PM, Friday, January 30 (Australian EST). So get in early!

Atelier Ayesha Plus Contest:
We do love giving our readers awesome games to play! Koei Tecmo has kindly provided us with two download codes for Atelier Ayesha Plus on the PlayStation Vita.
If you missed our review of the game, we like Ayesha. A lot. It was our first five star game review for the year, and was the perfect way to get us back in the mood for all things Atelier before Shallie lands in a few months.
To win a copy, all you need to do is fill out the ultra short, three question survey from the link below (this will sign you up for our weekly email newsletter if you’re not already on the mailing list). The third question is the most important; we’re asking for you to list your dream Koei Tecmo game. It can be whatever you like, and the two responses that make us laugh, or want to start a petition to Koei to get the game made, are the two that will nab the prize.
As always, good luck and happy gaming!
(Please note the codes are for the European/ Australian/ New Zealand version of the game. Context ends January 31, 9am, Australian EST).
Click Here To Enter
Share this

The Awakened Fate Ultimatum is shaping up nicely