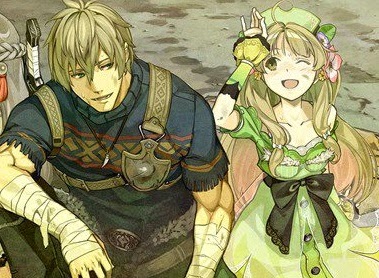 As the first game in the Dusk franchise, Atelier Ayesha came immediately after the happy-to-a-fault Atelier Meruru.

As a fan of the franchise, this new game was a shock to the system, to say the least.

Where Meruru was quite infectious in its upbeat positivity, Ayesha takes a little longer to come to love, because it’s oddly downbeat and even melancholy at times. It’s set in a decaying world which is almost nihilistic – there’s very little that people can do to stop the decay and so they eke out a future knowing that there’s nothing really to look forward to in the future for the future generations.

Related reading: If you find yourself enjoying this game, then be sure to check out its sequel, Escha & Logy, on the PlayStation 3

And yet at the same time there’s a stoic resilience to the way people live these ultimately futile lives. Because the decay is a slow one, people calmly go about their business without panic. In fact, in an odd way the world of Dusk is almost like a utopia – unburdened by the typical pressures that humans feel to achieve legacies and amass great wealth and prestige, people in the world of Dusk typically live in a more simple, humble manner. There’s a greater sense of community because people tend to be less competitive with one another, and in an odd way the world of Dusk is uniquely pleasant among JRPGs with deeper, darker themes. 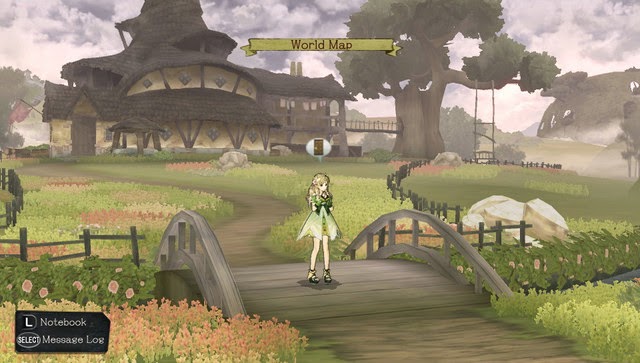 At first, this relatively unique setting and narrative seems awkward and unfocused – issues that GUST seem to have recognised and addressed in the sequel to Atelier Ayesha, Atelier Escha & Logy, but it makes sense in the context with which the game was developed – Ayesha and the world of Dusk is a response to the almighty earthquake and tsunami that struck Japan a few years ago. I interviewed Yoshito Okamura, the game’s director, for my book, and in that interview it was very clear that the Dusk series is a very real reflection on the complex emotions that the Japanese people have been working through since that incredible disaster.

And at the same time, Ayesha reflects the capacity for the Japanese to take such tragedies in stride, and come together as a community to work through a difficult situation. Following the earthquake and tsunami it was fascinating to see how the Japanese community responded – there was minimal looting and even the yakuza got involved in relief in sending water to the affected regions. There aren’t many communities that handle tragedies by coming together to work for one another like the Japanese do, and when a game reflects this mindset, it initially feels a little foreign to westerners, because it’s not the kind of reaction that we would expect to see in our own cultures.

But as the game proceeds this initially awkward tone gives way to something quite beautiful. Putting aside the broader narrative of a world dying, the game is a story that is all about personal discovery, with Ayesha on a quest to find her sister. This quest parallels her maturing as a woman, and there’s more than a few coming-of-age elements to Atelier Ayesha, as is standard for the franchise. Watching this unfold is personal and often touching, and it does help that the characters are so enjoyable. 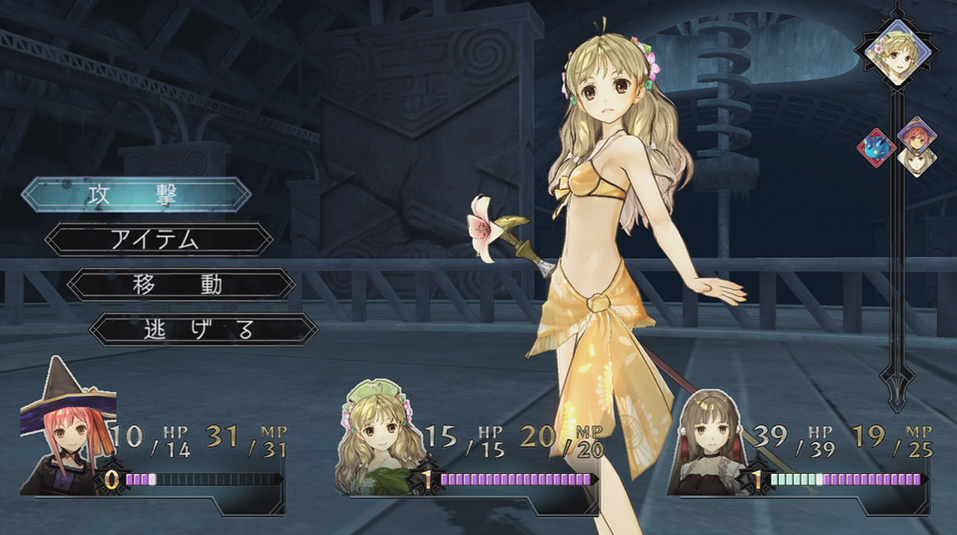 Ayesha herself is not the most stand-out character that GUST have ever produced. She’s sweet and quite a strong character where needed, but it almost seems like the developer was going for the girl-next-door type, and that misfires in a few rare places through the narrative to instead come across as simply lacking personality. Her supporting cast, meanwhile, are all real standouts. Together, Ayesha and her companions form a dynamic group, with entertaining and often deeply funny dialogue, and there’s a real sense of pure friendship that comes through. So in the end and despite the downbeat setting, Atelier Ayesha ends up being a charming and lovable adventure story.

What GUST did absolutely nail with Ayesha is the various game mechanics. The focus of the Atelier franchise has always been the alchemy – whereby you’ll collect various ingredients from around the world and then combine them to create everything from health-regenerating pies through to bombs to throw at enemies to cause massive damage. With the previous Arland series this system this system was quite complex, allowing you to add traits that adjust the statistics, power, and value of items through a fairly challenging process that is never explained overly well. For the Dusk series, GUST decided to streamline the process, making it easier to manipulate ingredients to end up with the ideal set of finished items. This made the system more accessible but at the expense of some of the depth that franchise veterans like to see.

For the PlayStation Vita release, the balance is restored somewhat through the introduction of a hard mode and new bosses adding some challenge that will be of interest to series veterans while also remaining a perfect starting point for newcomers to the series. 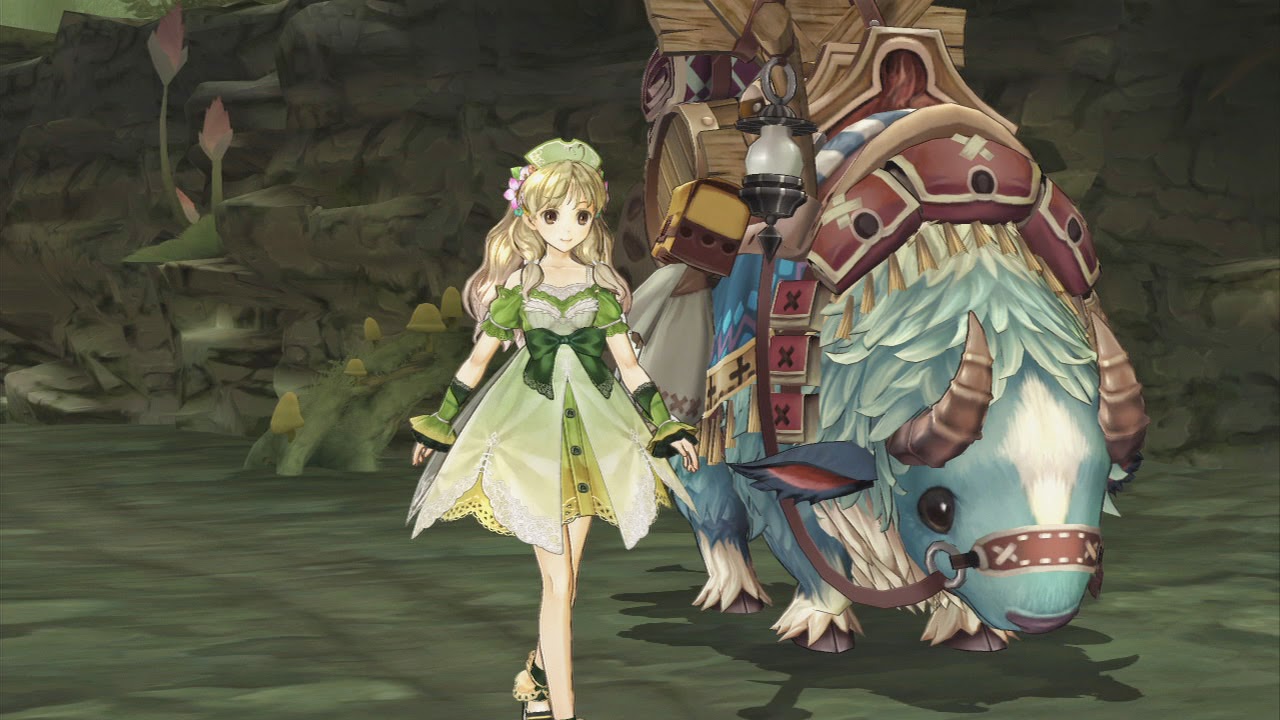 The combat system itself is a familiar turn based deal, which manages to be just strategic enough in terms of forming the right combination of characters and then managing limited resources in terms of bombs and things to cope with the tougher enemies that you’ll encounter. On the down side there is unfortunately very limited ability to customise a character as they level up, and only a few characters to chose between. The result is a combat system that feels very classical in motion, though thankfully there is enough personality to the various special attacks and enemies that this doesn’t become as dull as it could have been.

One of the things I do like about the Atelier series is that despite being a JRPG franchise, there’s not nearly the same emphasis on combat. It’s possible to solve all kinds of problems without fighting at all, and while Ayesha does have a greater role for battles than in the Arland series, it is still refreshing that the focus on alchemy means that there is more to look forward to as you play along than the next epic battle.

The other key feature to note about Atelier Ayesha is that there is a time limit to working through the narrative. Most of the important actions you take in the game (be that collecting ingredients, exploring areas, combat or alchemy) will cause time to tick by, although unlike a game like Lightning Returns: Final Fantasy XIII, whose time limit ticks down constantly, if you’re just wandering around town in Atelier Ayesha, the clock won’t move. In other words, you need to plan out your important actions to ensure efficiency. The time limits are not overly strict and it’s easy to work through the main storyline with plenty of time to spare, but perfectionists who want to achieve all the side-quests can drive themselves crazy trying to figure out how to optimise their movements to see everything. 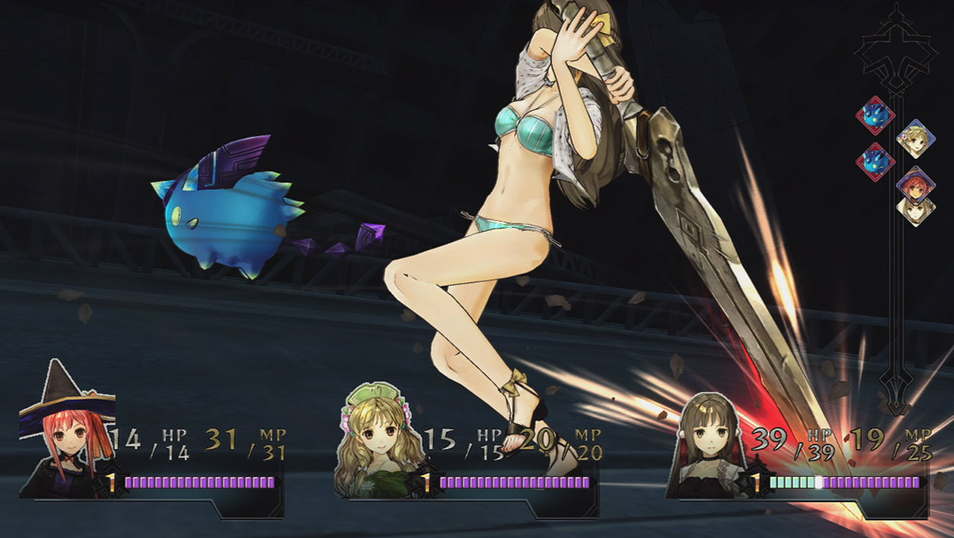 As a final bonus for Vita owners, people who buy and download the game off the PSN before February 10 this year will get some alternative costumes, including some new swimwear that Atelier fans generally like dressing their favourite characters in. I’ve got to say it’s actually a nice bonus, because Ayesha has one of the better figures that GUST’s character designers have modelled and her swimsuits looks superb on her. And to be completely honest, as much as I like the more mature direction that the Dusk series has taken on an objective level as a critic, I’m also glad to see that the developer hasn’t lost its fun sense of sexuality. GUST has always done a great job in having some fun with its cute female characters without tipping over the edge into something that is exploitative and/ or offensive, and it’s nice to see that heritage remain even under the ownership of Koei Tecmo.

It is also nice to see that Koei Tecmo listened to the outcry response it got from the English-only voice track from the original Atelier Ayesha. This time around it’s got dual (English and Japanese) audio, and this means a lot for folk like me that prefer Japanese games with Japanese audio.

Atelier Ayesha: The Alchemist of Dusk is a more complex game than initially appears, with a nuanced and interesting setting and narrative. At the same time it’s supported by likable characters, clean gameplay and a traditional JRPG combat system that hits all the right notes. It’s GUST at its most insightful, and it’s arguably the finest game on the PlayStation Vita.

In depth: The banning of Hotline Miami 2 and why games need to be able to offend