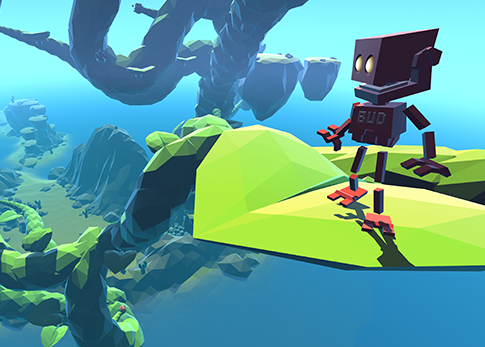 People like to give Ubisoft a lot of heat at times, with a host of its games from Watch Dogs to Assassin’s Creed, and even Rayman and Tetris attracting plenty of criticism. It doesn’t always have to do with the quality of the game, but Ubisoft has a knack for upsetting fans in one way or another.

But Ubisoft is also almost unique among the big publishers in that it actively encourages the creativity of its developers. Last year we had both Child of Light and Valiant Hearts; heartwarming or personal games developed by small teams within Ubisoft with a vision. It’s also a publisher that is willing to experiment with less commercially-guaranteed games, with the likes of Might & Magic X and From Dust getting the greenlight despite being far removed from the popular mainstream formulas.

And now Ubisoft is going one step even further. Grow Home is a tiny experimental game developed by just eight people within Ubisoft’s thousands, and it’s just been approved for a public release. 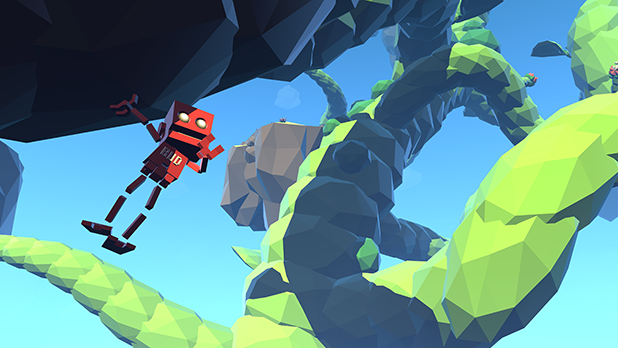 Originally developed as a toy for Ubisoft’s internal staff to enjoy, the management at the publisher evidently decided that is was simply too much fun and had to be released as a commercial product. The game is billed as being inspired by the likes of Hitchhiker’s Guide to the Galaxy and Wall-E, and follows the story of BUD, a Botanical Utility Droid that has been sent on a mission across the galaxy to seek out a new species of plan to re-oxgenate his home world. He finds a plant called a Star Plant, and his job from there is to grow and nurture it while harvesting the seeds it produces.

The plant continues to grow, kilometers into the sky, and you need to help keep it growing while climbing your way to the top. No two games will look the same, as you push, pull, grab, climb and swing about the place, and the key feature of this game is that the animation is procedural, meaning that with each hand controlled individually, you’ll have extreme freedom in how you move about the place. 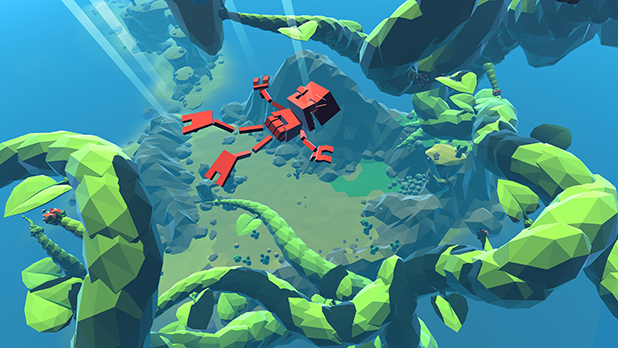 The goal of the game is simple – to bring players joy, and backed up with such an incredible art style, this is one game from Ubisoft that we can’t wait to play. The company deserves genuine applause for its willingness to allow small teams of developers to create passion projects, and it would be nice to see the other publishers follow suit. Grow Home likely won’t net Ubisoft a lot of revenue, but it’s a new IP nonetheless, and it wouldn’t have cost much to produce. And furthermore, the art assets and code that the development team worked on can be stored in Ubisoft’s datacentres for future use. These are all valuable assets for Ubisoft and it’s simultaneously a way for the publisher to give back to the gaming community and provide arthouse and experimental games.

The best news is that we won’t even have to wait long to play it – it releases on February 4. It’s only for PC at this stage, but fingers crossed for a console release, since the developer has stated that it was a game designed for play using a controller.

Contest! Win one of two copies of Atelier Ayesha Plus on PlayStation Vita