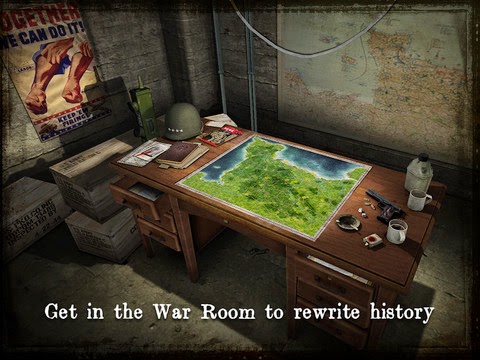 Wars and Battles has the potential to be the biggest wargame app on the Apple iPad, because it is not limiting itself to any one single era of conflict. There are many great wargames out there, such as Shenandoah’s Battle of the Bulge or Slitherine’s Panzer Corps, but those are singularly focused experiences. Wars and Battles is, instead, a platform that the developer, Kermorio, can potentially continue adding to for years to come.

Currently there is a single campaign available with the purchase of the app – the Battle of Normandy that took place in 1944. But Kermorio has plans to release a new campaign every two months going forward, and these will take us to the Napoleonic era, the American civil war and the Korean War. Each of these campaigns have been carefully researched so as to remain authentic to the era and the strategies that took place during those battles, and within each campaign you’ll have both single player and multiplayer options and a host of battles to play through. 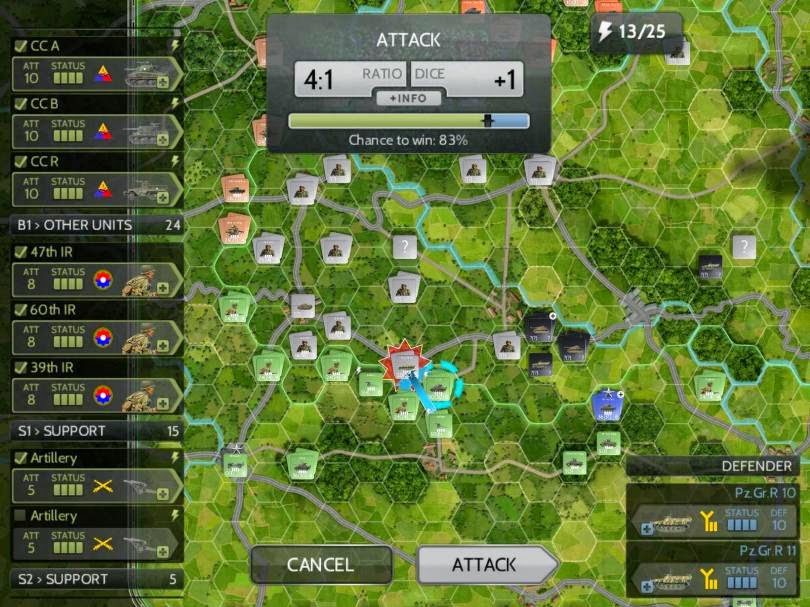 For the armchair general this is a brilliant way to consolidate a wide range of historical conflicts into the one app, and it’s possible to play this one for just a couple of minutes for the shorter battles right through to hours for epic affairs. This is supported by some simple, but effective mechanics that can be applied to almost any historical conflict that has ever occurred. Units have a strength rating and in a battle this rating is compared with the strength of the opposition. Then some virtual dice are rolled and damage is done based on the results of these rolls. Terrain can improve the position of the units, and the attackers can call in support from other adjacent units. It’s also possible to use artillery to soften up an entrenched unit before taking them on in a ground battle.

With each level there are key objectives that you’ll need to occupy, and then perform well in battles to earn victory points, with the site with the most victory points at the end of the game claiming victory. It’s an elegant system that closely models the more effective military board games that have been produced over the years, and the tabletop experience has clearly been the goal of Kermorio from the outset. Players are able to opt for either a “3D” view of the battlefield, which will represent units as soldiers and tanks that move about the place, or a more traditional top-down “2D” view that represents the units on the battlefield as board game-style pieces.

As with any military wargame, the AI is vital in providing a compelling single player experience, and Wars and Battles doesn’t disappoint there. I felt that at times the AI opponent could have been a little more aggressive when I had clear vulnerabilities across my battle lines, and this did open up the occasional opportunity for me to exploit something that a decent human player would never let me get away with, but on the other hand when it came to focusing on the key objective points, there was a razor focus to the AI that was very difficult to dislodge at times. And of course as a multiplayer experience Wars and Battles is well balanced to challenge the strategic capabilities of each player. 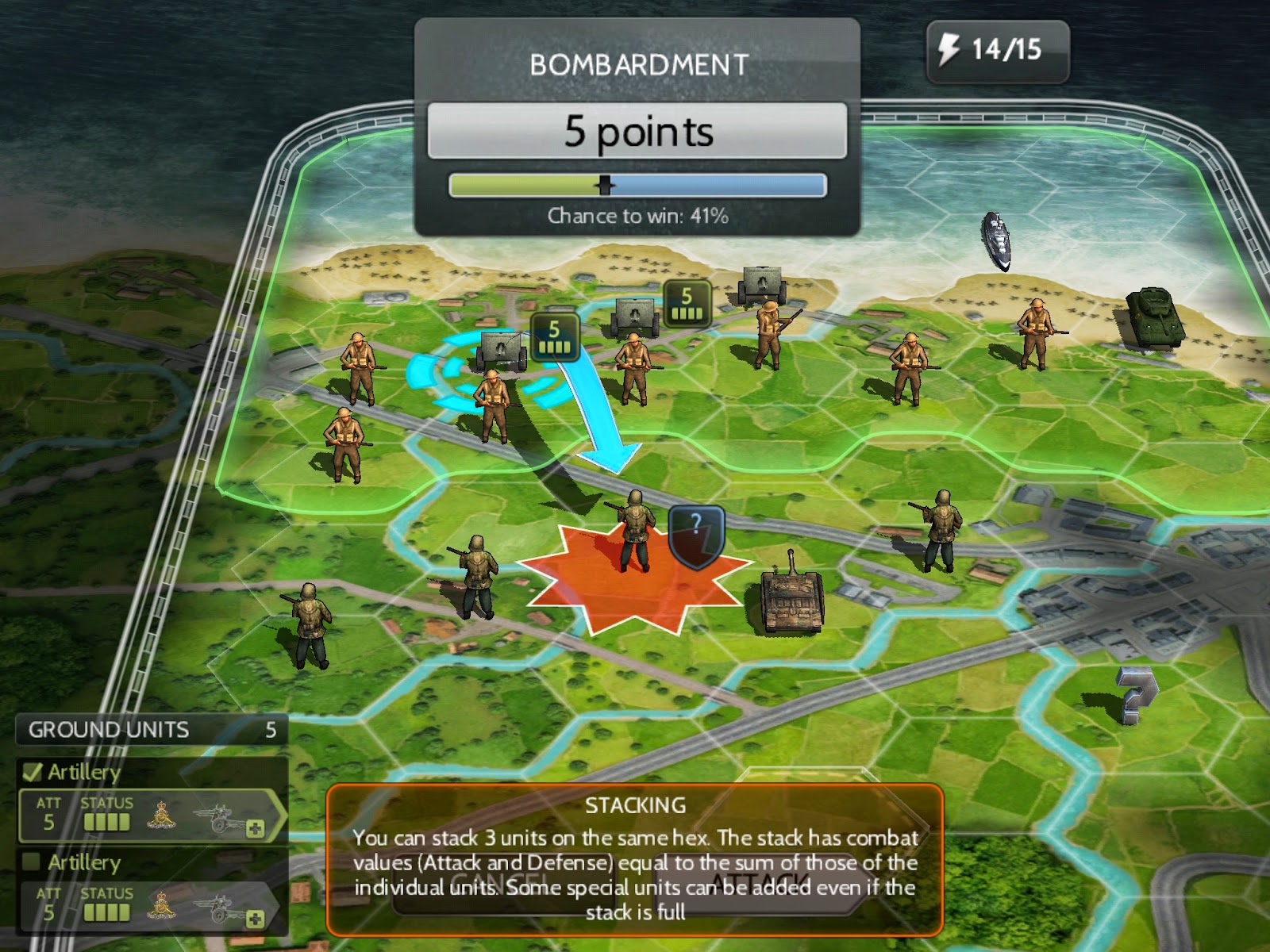 All of this is wrapped up in some nice presentation that is both detailed and elegant. Kermorio has a PC version on the way and I suspect that this game will be one example of a mobile game that will prove popular with the PC grognard audience. I’d even encourage the team to consider console ports, because there’s a dearth of good strategy games on any of the major consoles, and in terms of tactical quality the game is the same mix of easy accessibility and tactical challenge that have seen the likes of XCOM and Fire Emblem so well regarded by the console audience.

The only issue right now is that Wars and Battles, currently, is a download for a single campaign, and while there’s enough content in the package to justify the price, the game’s real value will only start to show itself as additional campaigns are added in. It’s worth downloading now in order to prepare yourself for the future releases though, because if you’re a fan of tactical strategy games, this one is going to literally last all through 2015 thanks to the DLC model that Kermorio has planned.