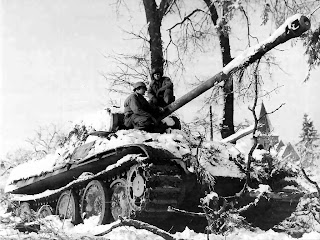 At the start of the year, when Digitally Downloaded was far smaller, if I had mentioned “grognard” in a review every reader would have understood what I meant. We were very much focused on the various strategy and RPG genres back then.

We have since expanded of course, and that’s a good thing because now by reviewing Battle of the Bulge perhaps we can find a few new grognard fans out there amongst our now-expanded audience. God only knows how much this game deserves the attention.

So, what is a grognard? In short, it’s a fan of wargames. Not the kind of “wargames” that the press often confuse Call of Duty to be, but the classical definition of wargame – the games for strategy aficionado who likes complex rules, deep, realistic strategy, and recreating real battles and campaigns from history. Battle of the Bulge is the first iPad game that is truly designed for the grognards out there. It’s amazing that it has taken this long since the iPad is a natural fit for this kind of game, but hopefully this release kick starts a flood of the genre. For those less familiar with history, the real Battle of the Bulge was an important strategic moment that occurred in World War 2 between the Germans and the Allies. The Battle of the Bulge game seeks to recreate the strategy and drama of that battle in the most realistic manner possible.

“Wait a minute,” you say. “This is a paid-for game with JUST ONE BATTLE?” Yes, indeed. And yes it is going to cost you a premium of $10 or so for the game. Players can take control of either side in the conflict, but it is just the one battle. This is typical of the genre, to be fair. People have been buying grognard board games focused around single battles since before video games existed, but yes, Bulge might seem on the surface to be a little light-on for newcomers to the genre.

That initial impression will only get worse when the newcomers to the genre get slaughtered over, and over again. See, the reason that’s there’s only one battle in the game is because the game has been designed entirely around the one battle. On the surface this might sound like a trivial distinction to make, but when you consider that the developers have been able to tailor rulesets and AI to specifically take advantage of the scenario, you quickly come to realise something – this game is brutally effective at the military tactics that worked at the real Battle of the Bulge. Less experienced grognards simply have no chance to win until they do their history, figure out what happened in the battle, and recreate the strategies at play. 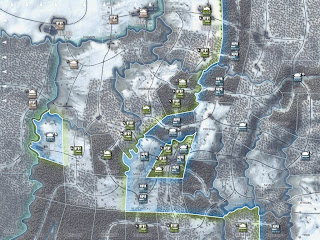 As unwelcoming as it is for newcomers, it makes for a heck of a game for fans of the genre. Once you are familiar with the rules and have formulated some clever strategies the AI is beatable. Players will be able to play with history and run through different scenarios to see if history could indeed be changed. The military units in the game – represented by elegant tiles – look simple in screenshots but convey all the important information in a very accessible fashion, which is to be frank a rare luxury for the genre.

The interface is also remarkably elegant, making commanding the army a snap. From that point of view this game is the perfect way to introduce new players to the genre – they might be slaughtered by the AI, but at least they will understand why they are losing.

I can’t see this game burning up the iOS charts, as it belongs to an incredibly niche genre, but Battle of the Bulge is as close as the grognard genre has come to being genuinely accessible. Anyone who has ever had any interest in breaking away from the likes of Starcraft or Advance Wars to play a game about real strategy would do well to check this one out.