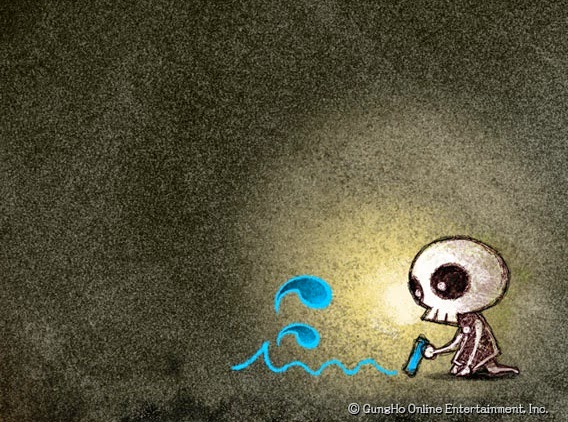 It’s surprising to see a little indie game take on the big challenge of addressing the damsel in distress trope that has been a large point of discussion in video game culture lately. But when it’s done this well it’s hardly a complaint that Dokuro’s developers have done just that.

Dokuro is a puzzle platformer game. Each level moves from left to right with the objective being to keep the princess alive until she reaches the flower at the end of the level. If either the skeletal hero you’re in control of or the princess he is protecting are struck by anything, your then sent back to retry the level. Like all puzzle games, there is a steady stream of new techniques and abilities that are introduced to the player, which come together at the end of each world in a way that tests everything you had previously learnt. Puzzles range from stepping on levers to adjust movable platforms, to drawing lines with chalk to connect objects to each other and making paths for the princess to cross. There are also enemies that will attack both Dokuro and the princess. Some worlds end in a boss battle, but these are puzzles themselves rather than all-out combat affairs.

Related reading: You can also check out our review of the PlayStation Vita version of Dokuro here. 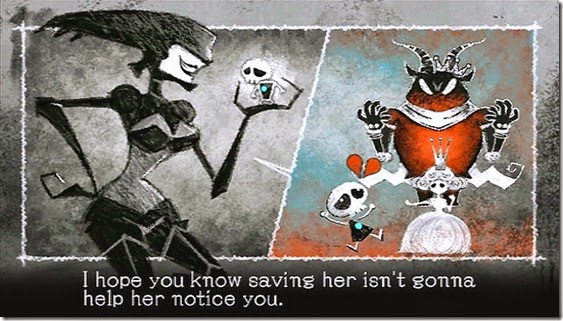 For most of the game, you play as an skeleton, Dokuro, who is invisible to the princess (with the strong implication that he’s not seen because she simply ignores him), but, undeterred by this, decides to assist the her in escaping though the castle she is behind held captive within. In a cruel twist of fate, it’s possible for Dokuro to drink a potion that temporarily transforms him into a dashing prince, which the princess does notice fools the princess into thinking that he is her hero. It’s heartbreaking to witness the princess’ expression when she sees the prince, only to be filled with despair when Dokuro returns to his true form.

Presentation, albeit basic, is charming, with an overall charcoal aesthetic. Colour is used sparingly to highlight important objects or form part of the puzzles. The princess is always illuminated in a soft, feminine yellowish pink, where enemies are shaded in hard, unpleasant colours. Dokuro himself, when transformed into the prince the game is washed with a blue hue. The use of such traditional colours to emphasise each character’s role plays a significant role in Dokuro’s subversive theme – it’s a narrative of facades and the ugly realities that exist underneath. But we are simply left to ponder the realities of all the other characters in the narrative – if Dokuro is something pitiful when he’s not resplendent as the blue, male, alpha hero, what is the reality of the princess underneath her pink glamour, and are the enemies as “red” underneath their exteriors? These are questions worth pondering as you play through. 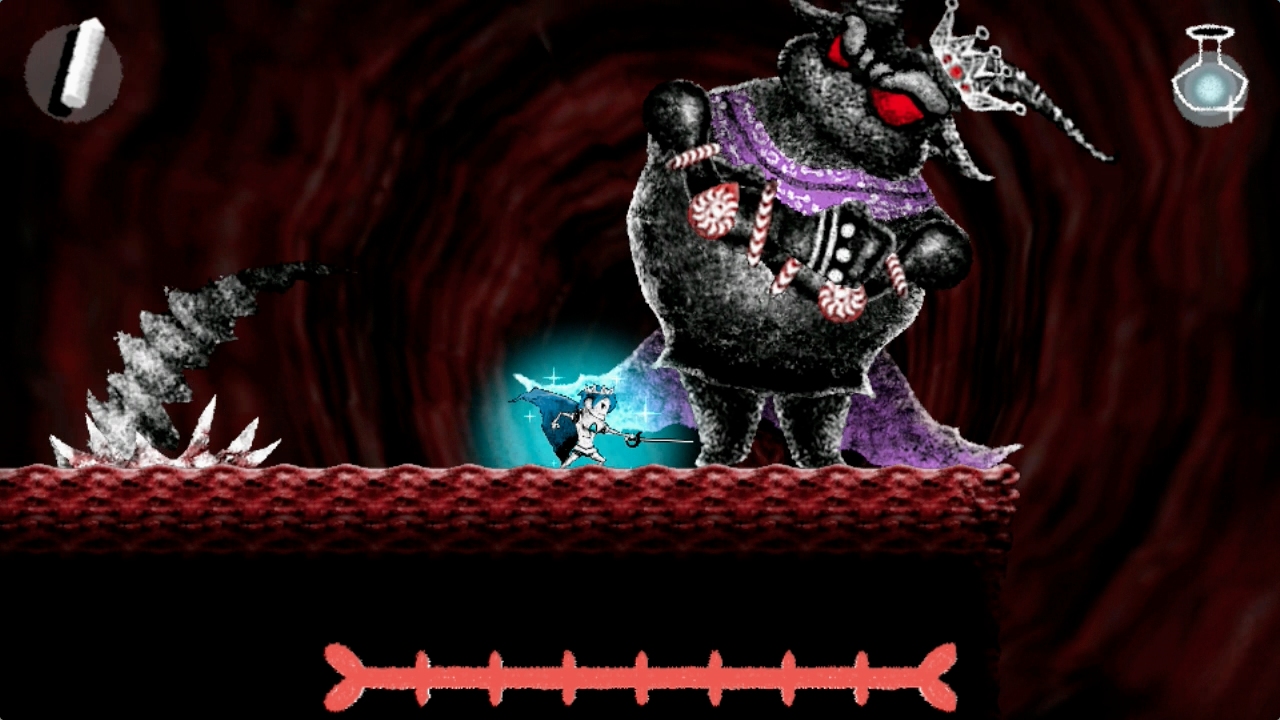 What’s starting to get incredibly frustrating about a lot of Steam releases is that some developers assume that a game suited to a mobile device can seamlessly be played on a computer. Understandably, Steam games can be played on a growing number of portable platforms, but for many who still game through a desktop computer, mobile game formats simply do not fit. It could be an amazing game to play on a phone or a portable game console, but having to boot up your machine and the game when it’s designed for 10-15 minute sessions at a time is unwieldy. The reason mobile games, especially puzzle games, have a large amount of levels, is to keep of bringing players back for a few minutes whenever they have the time available. Dokuro does not really fit on PC for this reason.

That being said, it is a very clever little puzzle game that tries to add something through commentary that lifts it well beyond standard puzzle platformer fare. If PC is the only way you have to play Dokuro, then it’s worth a go anyway.