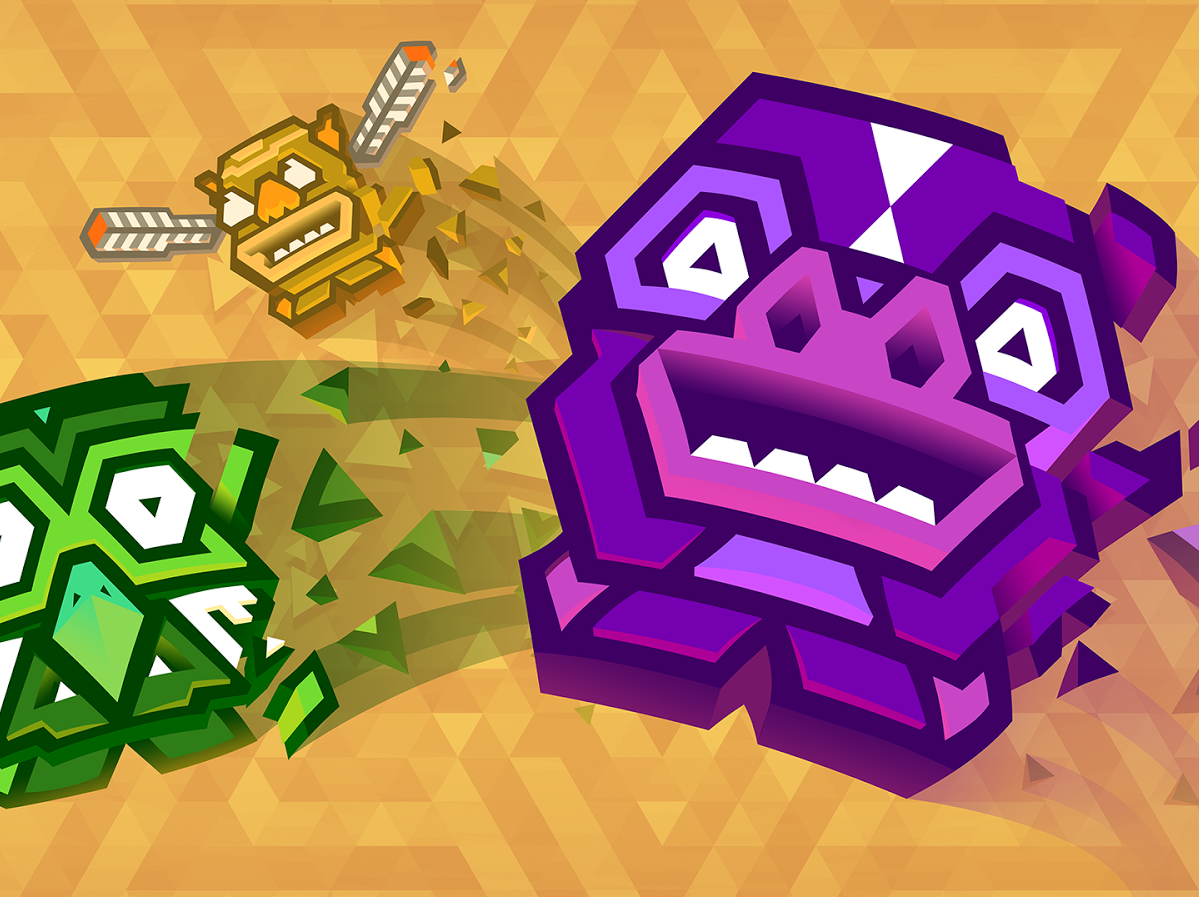 Even before I picked up an Xbox One for myself, I’d seen trailers for Project Totem, a twin platformer of sorts from Danish studio Press Play, which also developed the Xbox exclusive title Max: The Curse of Brotherhood that released last year.

Having gone under the radar for a few months, Project Totem has recently resurfaced, sporting a new name (Kalimba), and a release date for later this month. Digitally Downloaded recently had the opportunity to go hands-on with a preview build of the game, and needless to say we are excited for the game’s full release.

At its core, Kalimba is a platforming game, which tasks you with guiding two small totems around a level, which are both controlled simultaneously. This sort of ‘twin control’ opens up a handful of gameplay possibilities, which Press Play takes full advantage of. Kalimba slowly introduces new ideas to the player all while building off the same core mechanics, a design choice seen in more than a few Mario games for example. 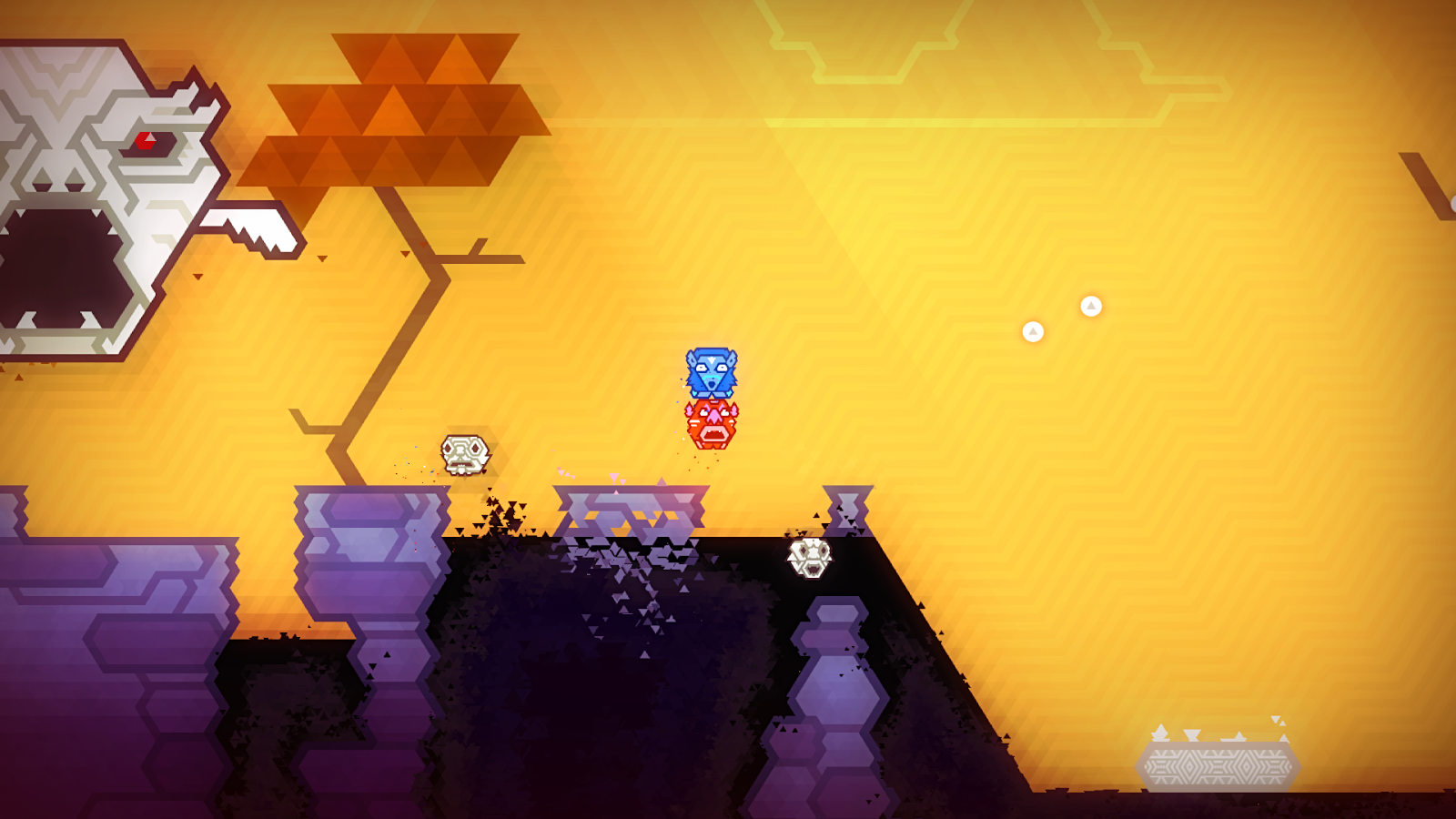 At first, you’ll simply focus on keeping both totems aligned and in sync, but before long, you’ll have to carefully maneuver specific totems through environmental hazards, and bounce totems off each other to reach new heights and avoid pitfalls and other traps. With the ability to swap the positions of each totem by instantly teleporting them, it seems like there’s enough groundwork laid out to keep the experience fresh, even through the 20+ levels that will ship with the final version.

There’s also the ability to play through a set of co-op specific levels, with you and a buddy controlling a four totems instead of two. Couch co-op is a definite asset in small indie titles such as Kalimba, and it’s all the more enjoyable when you and a friend can work together (or butt heads) when solving puzzles. 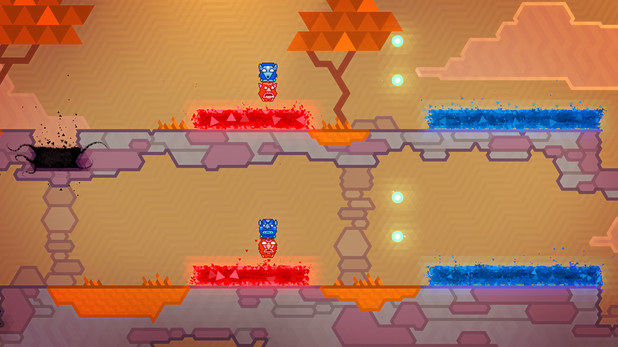 As is almost standard for indie platformers these days (I’m looking at you Battleblock Theater), there’s a simple story at play here, which is inexplicably narrated by an oddly dressed bear named Hoebear the Metabear (I should also take the time to mention that Hoebear is decked out in clothing one might attribute to a pimp from the 70’s). More eye-catching perhaps are the in-game visuals, with levels made up of colourful, triangulated pixels (trixels?).

Needless to say, Kalimba has definitely caught my attention, and it’s shaping up to be a solid addition to the Xbox One digital library, which is in need of a good kick in the pants. You can check back here in a few weeks for a review of the full game, which is set to release on December 17th.