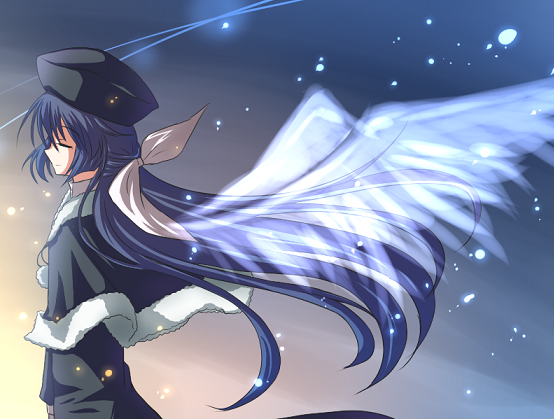 Shaft is surely the most talented and innovative animation house going around at the moment – not just in Japan, but the world. What it did with the Monogatari series is nothing short of incredible, and raw talent is the only way I can think that it could take an adult visual novel, such as Ef: A Fairy Tale of the Two, and turn it into something as profound as Ef – a tale of memories & melodies. Heartfelt and genuine, and directed by Shin Ōnuma (Hellsing, Pani Poni Dash!), A tale of memories & melodies is irresistible.

Nominally the many stories of Ef that weave in and out of one another are about love, with the stories focusing around how a couple of different guys all meet girls and fall for them. But these stories of love and romance are juxtaposed against some pretty weighty demons that each of the characters are dealing with. For example, Chihiro Shindo has a condition where she cannot remember further than the past 13 hours, making the dream of this aspiring author impractical, to say the least. Suichi Kuze, meanwhile, is living on borrowed time and had resigned himself to a short life, but then he meets Mizuki Hayama and decides he actually does want to live. 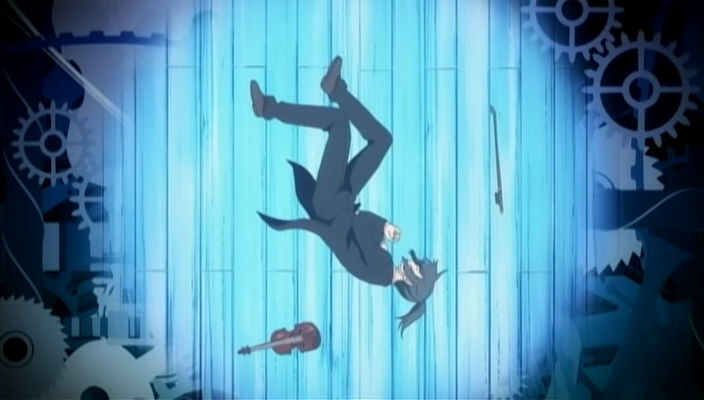 These are just two of the stories, but all of them follow similar themes of hopelessness conflicting with the hope of budding romance, through topics as serious as abuse (physical and sexual) and the impact that has on an individual’s capacity to form relationships. These stories all intertwine with one another, creating a tapestry of different narratives that, slow paced as it is by necessity, is fascinating to watch unfurl. There is a sense of sharp internal conflict that runs through the anime, with Ōnuma almost delighting in making his characters suffer in their vain dreams of finding true love. but ultimately Ef wants to give people a positive message, too – the idea that romance is something worth fighting for. Tonally, this is an anime that is difficult to pin down, but is sure to keep you on your intellectual toes as it hits you with both dark and uplifting, bittersweet and just plain sentimental, and often does so simultaneously.

Despite the weight and depth of the themes, it’s all handled with a deft touch by Ōnuma, with A tale of memories & melodies being almost completely free of anything that could be termed as fanservice. Almost everything across the both series’ is appropriate in context and while there are some themes around sexuality, we are talking about a story of human romance (and teen romance, to boot), so it would be childish to ignore these things. There are moments of humour that are misplaced, and this perhaps betrays a lack of confidence in the core material to sustain a proper drama, but sensitive subjects are handled well and there is a consistency to the characterisation that ultimately makes them all quite believable. We’re not always going to like what characters get up to (Kyosuke Tsutsumi, especially, is a grade-A jerk at times), but it’s difficult not to empathise with their humanity.

It would be a mistake not to credit Shaft’s art style in bringing these stories to life. As with the Monogatari series, the avant garde aesthetic of Ef is used to great effect. As with Monogatari, the artists have a great love of long shots, in which characters and movement is dwarfed by the scenery around them. This in turn turns the environment itself into a supporting character. So, for instance, when we see Chihiro sitting by herself at an abandoned and forgotten train station, we gain a sense of the intense loneliness that a person unable to remember relationships must feel. That she feels secure in this place only heightens the tragedy of her story. In lesser hands the anime might explicitly tell us that she’s feeling lonely, but Shaft instead opts for a more subtle approach to storytelling, and it’s the better for it. 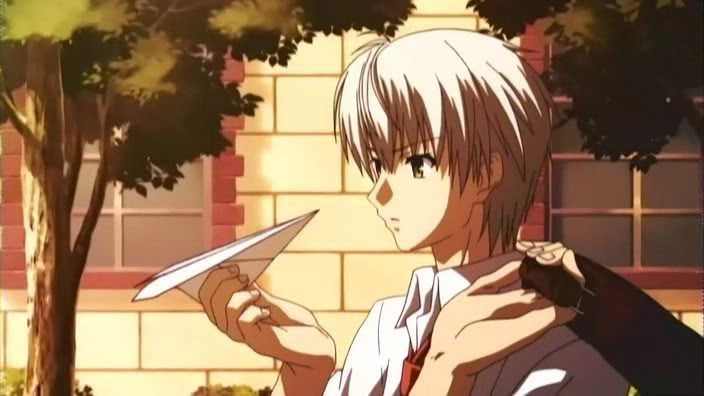 Equally, Shaft’s art style has a quality that is difficult to define, but I like to think of it as a nostalgia for Japan. Environments are so laboriously crafted to reflect life within Japan that it takes on an almost spiritual meaning; the Japanese are very attached to their country, and we a deliberate effort to evoke a nostalgia for the “traditional” Japan over and over in the art the people create. Be that games like Attack of the Friday Monsters or Persona 4 (game or anime), or anime such as this one, the warm colours and backdrops to what is often a dark story seems to be the way that artists attempt to find comfort in their stories, through their deep love of traditional Japan.

Character designs are also incredible, and resist many of the tropes we see in other anime. Though the animation quality isn’t quite as incredible as we see in the Monogatari series, it’s still a cut above almost anything else out there. The music deserves a special mention too. Delicate and subtle, the soundtrack provides an emotional grounding for the narrative while almost being unnoticeable. Everyone’s seen Forrest Gump, right? You remember the theme song that accompanies the feather floating through the breeze? Ef’s music soundtrack works like that through its running time, for much the same impact.

The only disappointing thing about the DVD box set is how light it is on features, and as I’ve said in the past, the people that are still buying DVDs (rather than streaming anime from the likes of Crunchyroll) are looking at them as collectors pieces, and so features are a must to justify the investment. But that aside, anyone who is interested in seeing a more sentimental and mature side of Japanese anime will find Ef to be wonderful indeed.

This DVD collection can be purchased from Hanabee in Australia