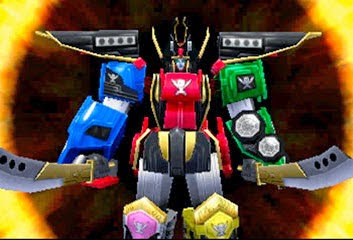 Power Rangers Super Megaforce draws heavily on the long running show, its story is basic and uninspired, and most of the gameplay elements are no better. That is not to say it is a terrible game, but Power Rangers Super Megaforce is pedestrian at best, and clearly relying on players being being young and forgiving when they see their favourite TV show turned into a game.

With Power Rangers having such a long running history, it’s surprising that attempts to turn it into a killer game have been universally lacking. Sure, the shows can be formulaic and repetitive, but there have been enough story arcs to at least inspire a fun action game. Power Rangers Super Megaforce is a rather run-of-the-mill beat ’em up that seems to know that it needs something more to make it worthwhile, but the ideas wind up feeling incomplete.

To start, the game itself is fairly standard fare where the combat is side-scrolling with lots of combat. The battling is fairly simple, but that makes sense since the television show is probably aimed at an audience that caps out around nine years old. The only piece part of the game with the potential to break the monotony were the end levels where the Megazoid battles come into play. Less nimble that the Rangers themselves, these battles are cumbersome but do at least change up the action somewhat. 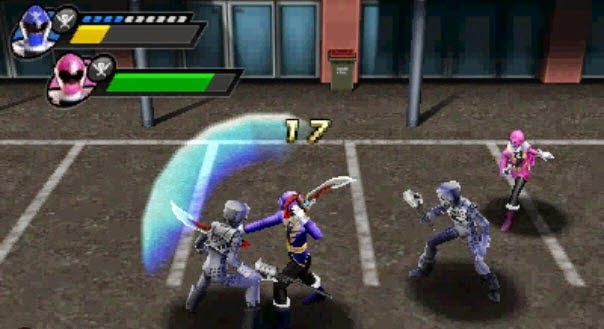 Probably the best feature and yet most glaring missed opportunity are the light RPG elements that allow your chosen ranger (you have a handful to pick from the start, but can unlock more while completing the game). The ability to level your chosen ranger up through use is a great hook, but the progression is incredibly shallow with minor stat gains and no customisation.

The other system that stood out to me was the companion that fights alongside of your chosen ranger. No, this is not for the purposes of co-op, but an AI controller ranger that joins your battle. That ranger’s AI is pretty basic, and you can set it to perform in specific ways (melee, ranged or defensive behaviour for example). It is not terribly nuanced, but the ability to have some influence on your partner is handy, especially since you need to keep that partner alive to finish levels.

If either falls, the battle is over. The downside to this is it sometimes makes the game feel like a giant escort quest, and no one likes those. On the other hand, it is completely fitting to have this AI partner given that one of the recurring themes of the show is teamwork and friendship. This part of the game feels like it could have been something more. as nice of an idea as it was it would have been nice to see more done with it – I would have thought that team-up attacks would have been essential to reinforce that particular theme. 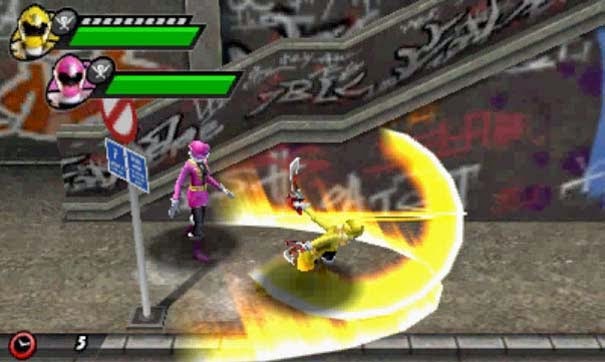 An interesting twist includes the Ranger Keys that can be purchased at toy stores. For those who actually want to collect these, they can be used to unlock characters in this game immediately. A bit like DLC, really. For a game that is itself a tie-in to the television show, this toy tie-in is appropriate. But it’s hardly Amiibo or Skylanders, either.

Power Rangers Super Megaforce is completely uninspired, but at least knows who it is trying to target and is adequately made. As a bit of fan service, it succeeds in being connected to the show, but as a game it is repetitive, with half-realised ideas that could have made the experience more engaging but never really live up to their potential.