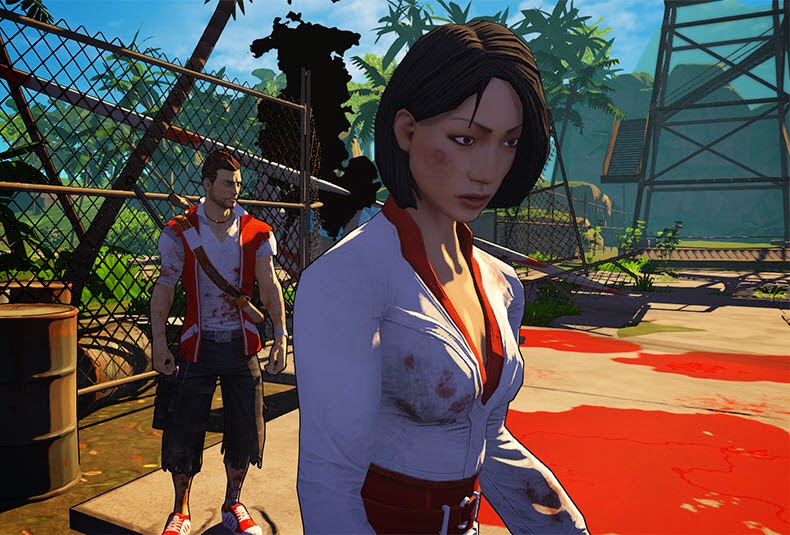 Escape Dead Island is a budget game, something that is meant to take advantage of the surprise success of Dead Island and its Riptide follow-up. In theory this will help to tide fans of the series over until the proper sequel releases down the road. The problem is, Escape Dead Island really does not know what it wants to be. I love that the developer tried to do something new with the property, but it is a game lost in an identity crisis that fails to ever do any one thing well enough to make it compelling.

That is not to say Escape Dead Island is necessarily a horrible game. It has some good ideas, an interesting insanity plot device, stylish visuals and the ability to open up the island for further exploration while progressing through the story are all solid pieces that somehow manage to fail to come together in any meaningful way.

I try not to get hung up on a game’s graphics, but the visuals are still important to the overall experience of a game. This is what separates the game medium from a book or music, after all. The cel shaded characters and scenery have a certain flair to them that I actually enjoyed a great deal. The vibrant colours often reminded me of another zombie game, The Walking Dead, in that while not technically a powerhouse title visually, the developers were able to splash colour into a grim reality in an interesting way. 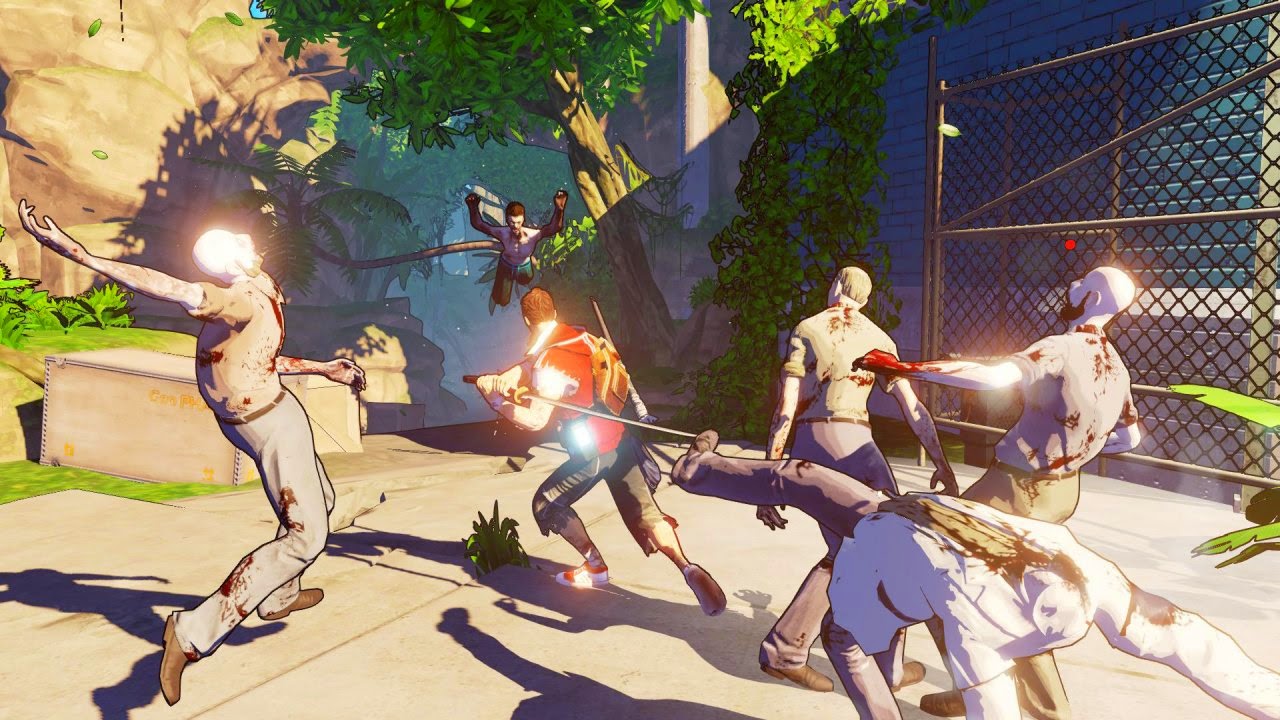 While the initial Dead Island game was a shallow experience built around mindless but fun action, this title is focused more on a narrative. Unfortunately that story mostly falls flat with a rather unlikable protagonist in Cliff, a rich kid of questionable (and degrading) sanity throughout the game’s run time. However, while some of the moments involving the sanity are flashy at a glance, they lack substance. Certainly we have seen similar mechanics do a great job in enhancing games with themes of horror, such as Amnesia or Eternal Darkness, but here the mechanic really amounts to nothing.

And it’s here where Escape Dead Island starts to show its own identity issues. At times it acts like it wants to be a horror game, with a half-baked stealth mechanic that makes Cliff almost helpless. He is very squishy in the simple, repetitive combat but his options for sneaking around are not very effective either. Even here however, the game’s design undercuts the survival vibe it tries to give off, because health always regenerates and Cliff is not left to manage some sort of a dwindling set of supplies. And yet while it has mechanics that would work for an action game the combat is so slow and poorly balanced that it can’t even match the dubious achievements of Dead Island’s action. 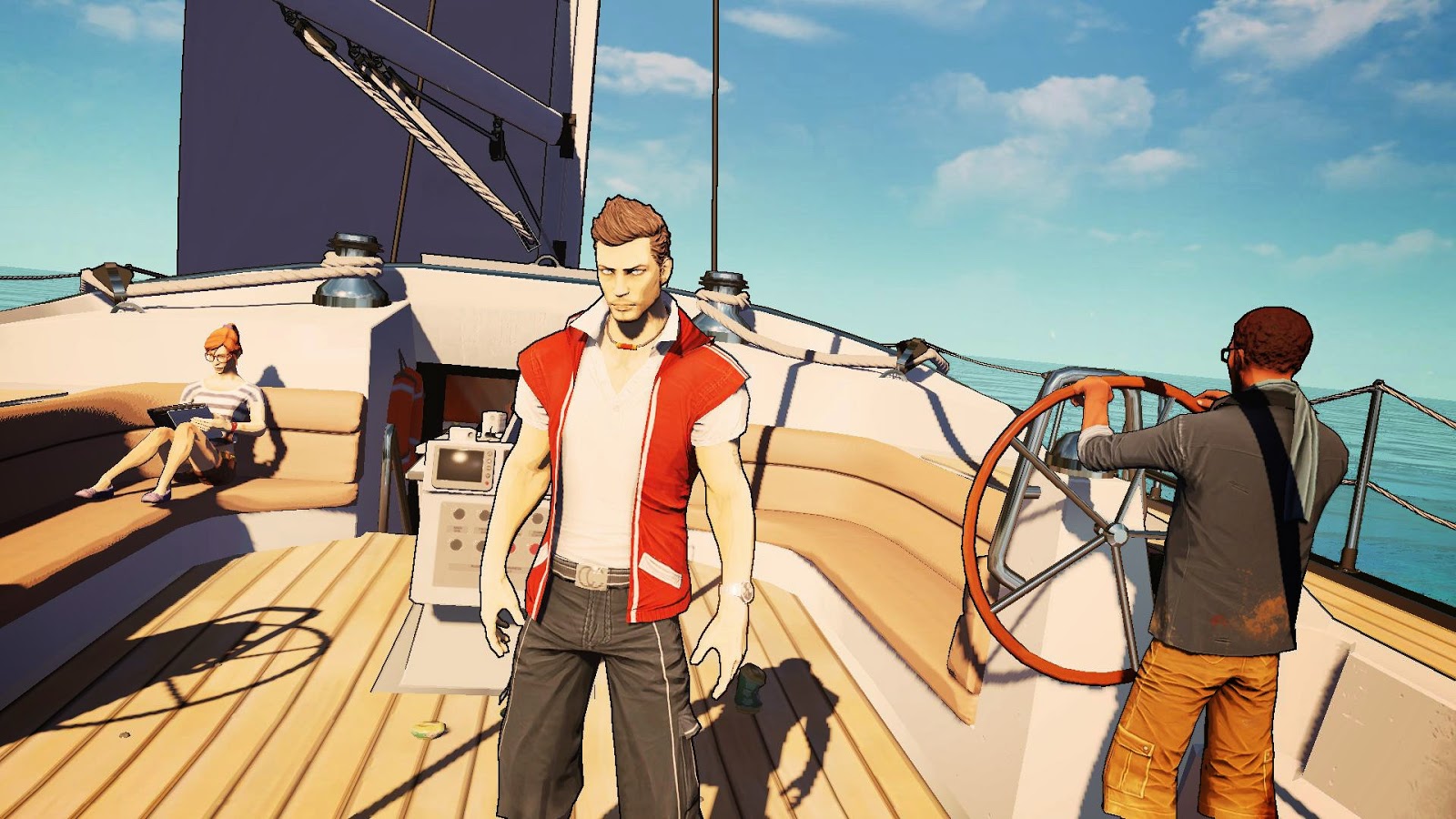 Exploration is helped by the various collectables and photographs that can be taken. These lend some context to the story and what happened on this island (the events of the first game took place six months before Cliff’s arrival). For someone like me that enjoys grabbing and seeing everything I can, these two challenges were an excellent excuse to keep eyes wide open as new opportunities to open previously locked environments presented themselves. These, along with Cliff’s story, really provided the primary motivation for my roughly half a dozen hours of gameplay (including a rather cool new game plus option).

These individual parts feel like they should have led to a better game, but Escape Dead Island can never really seem to decide what it wants to be when it grows up. With a little more attention to the insanity aspect of the game and a greater feeling of actual dread and tension, Escape Dead Island could have proven memorable. In the end however, it is a game that leaves you basically going through the motions to get through a relatively short tale that has moments of intrigue, but otherwise falls flat.