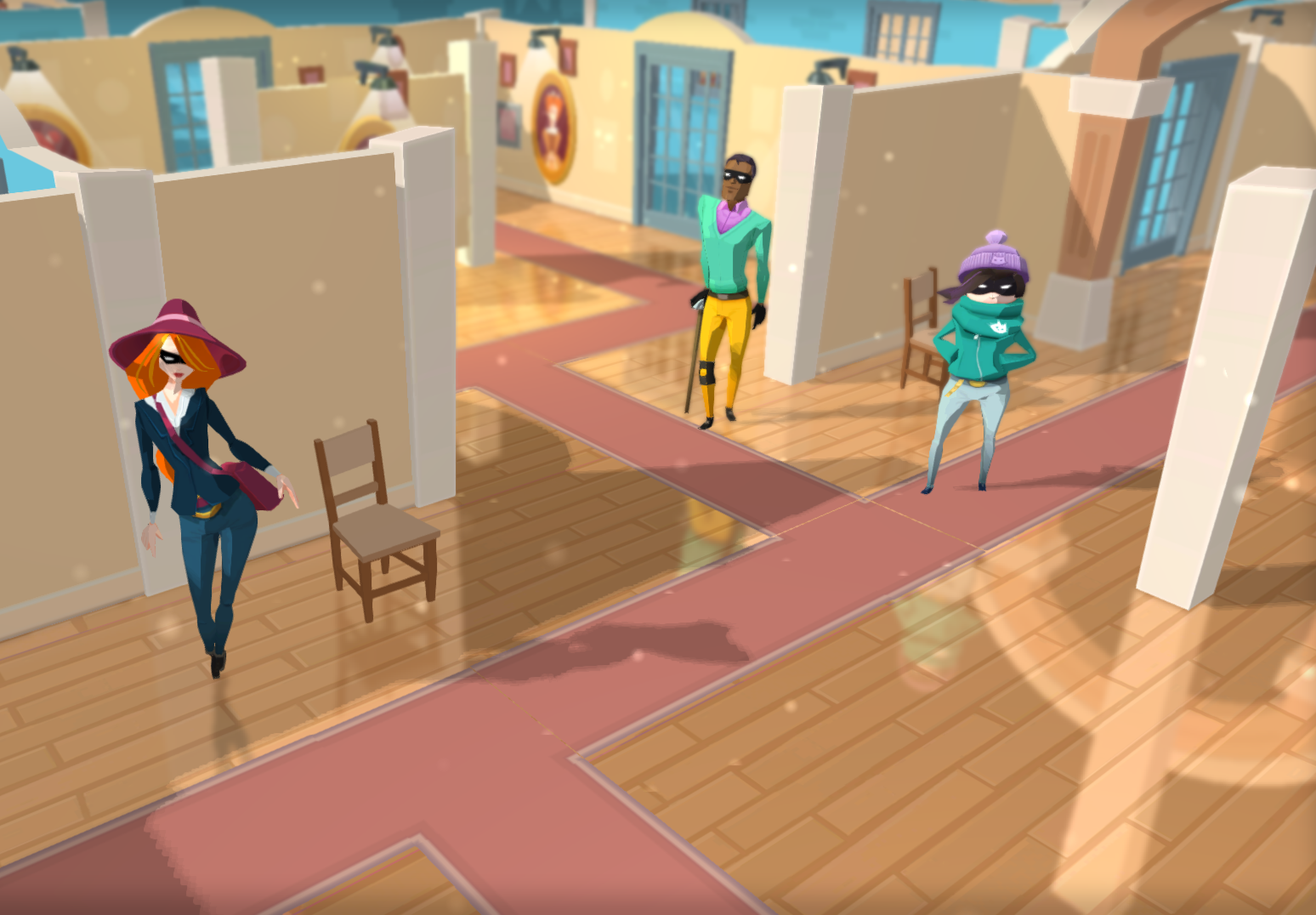 The Marvellous Miss Take is the embodiment of everything you wouldn’t expect from a stealth game. You’re not encouraged to take your time to plan out your heists, nor are you required to make as little noise as possible. Rather you take everything you’ve learnt and throw it away all in the name of stealing art, and doing it with style.

Players assume the role of Sophia Take and her merry band of thieves. Sophia was in line to inherit a large fortune from her great aunt, only for it to be taken away from her so, naturally, she decides to steal it back. Early on in the game you encounter your allies, who are introduced as a way of extending the game length. Henry, a thief who wields a walking cane and his unique noisemaking gadget and Daisy, a nimble pickpocket each have their own sets of levels. Henry operates at night where Daisy uses her thieving skill to acquire keys to unlock safes.

You learn fairly early on in the tutorial that the gameplay is very dynamic. Guards haven’t been programmed to follow paths, so you have to use any means necessary of avoiding being caught. Sound and sight both play a very important role as it allows Sophia and Co. to mislead guards to safely make it to the exit of each level. If a guard catches a glimpse of one of the players, rather than going on alert instantly, they walk to investigate. The same goes for if they hear the player whistle, or hear a distracting item like a noisemaker. Rather than learning how to complete a level by learning specific routes, you’re learning how to play the game and adapt to changing conditions in each and every level. It might seem like a foreign concept, learning how to play, but it’s not often used efficiently in these small games. 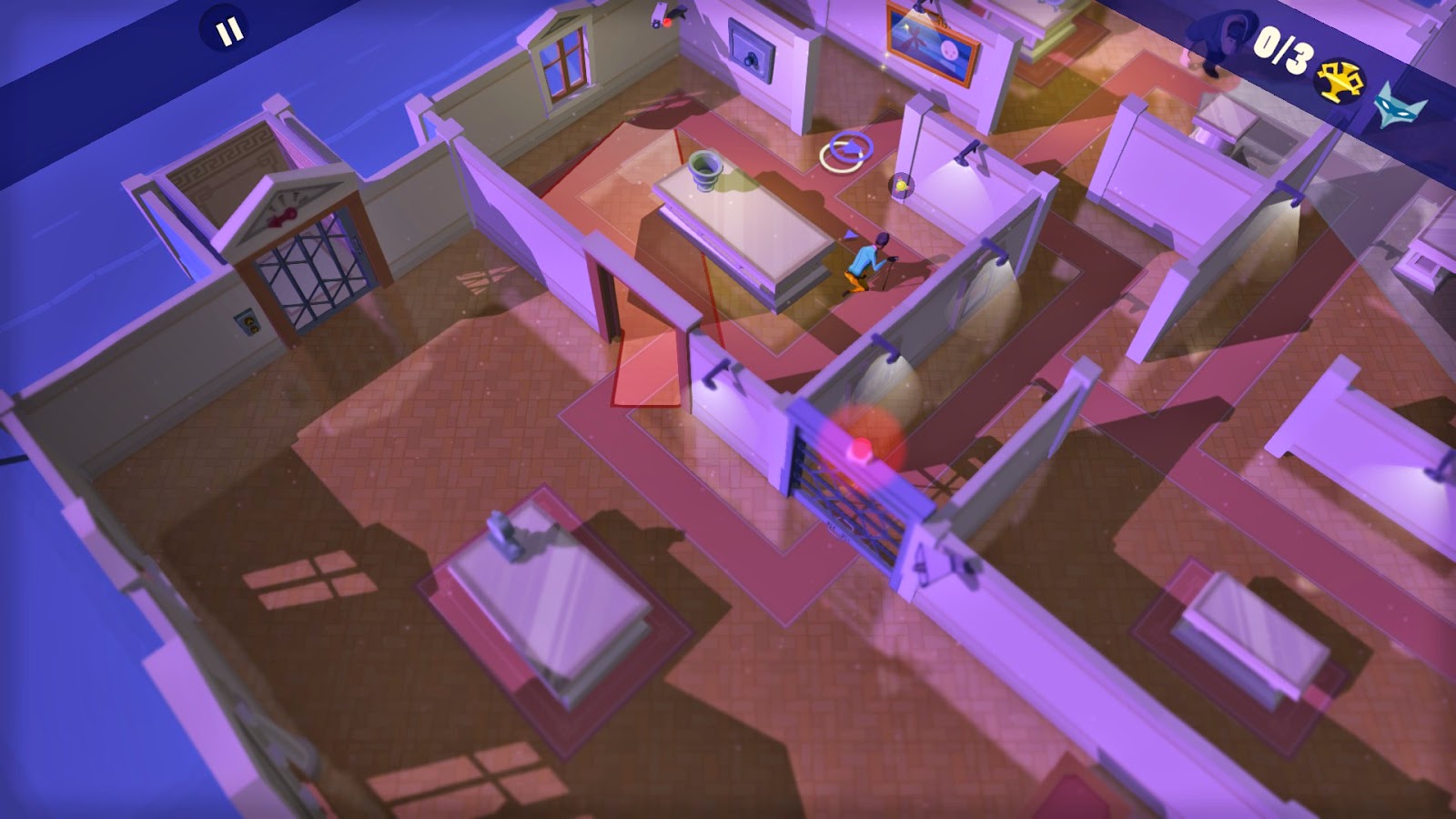 Levels are very short, and it’s quite clear that The Marvelous Miss Take has been developed with the same mentality that drives mobile games. The game is controlled entirely with the mouse, and merely acts as an extension of your finger. Clicking in the level moves Take (or her allies) to where you clicked. You can hold the left mouse button down to get them to run, or click on the thief to whistle and make the guards go and investigate. Right clicking also allows you to use a multitude of gadgets, which all work to either evade or distract guards.

The minimalistic control scheme allows you to focus more on the events of the heist, which require accurate controls. Although the levels themselves do not take that much time to complete, they are divided into three sections for the three different playable characters. Sophia steals back her art during the day, where civilians can run to guards to alert them of your presence. Henry works at night, where security gates have been turn on, changing the layout of the levels. Daisy also works during the day, however her missions revolve around stealing keys from security guards to unlock safes.

For a game that focuses so much on art, it’s nice to see that the developer has put a lot of detail into the game world. The thieves are sleek and move the levels with ease until they’re caught which turn their strut into a panicked scramble. Colour is used well to zone sections off, allowing you to unconsciously associate the guards and camera’s line of sight to be a dangerous zone, without having to be drawn away from the simplistic character control. And then the element of sound is thrown on top, creating this depth that is dependent on how you use it. Do you go silent and use avoid the guards gaze, or do you use sound as a distraction? The fact that the guards have been programmed to wander around without any pattern makes you change how you would normally play a stealth game. 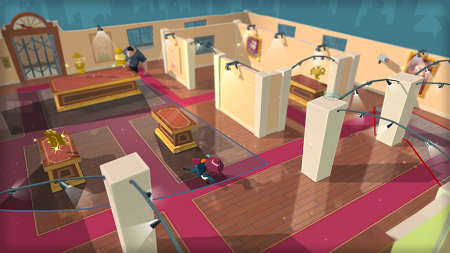 It’s difficult to overcome some disappointment that The Marvelous Miss Take is effectively a mobile game. Everything has been designed for quick sessions, replayability, and easy controls. Yet, The Marvelous Miss Take isn’t on a mobile device. Sitting down at a desk makes me feel as if I need to spend more than a few minutes at a time playing it, and so by the end of my sessions I ended up feeling forced to play the game rather than wanting to. It might seem strange to complain about that, but I would much rather play this on the bus rather than having to boot up my computer.

That being said, The Marvelous Miss Take is so good because it’s a rare thing in games – it’s a unique twist on an established formula. You’re forced to think far more cleverly if you want to see success in this game than most stealth games, and it’s the better for it.