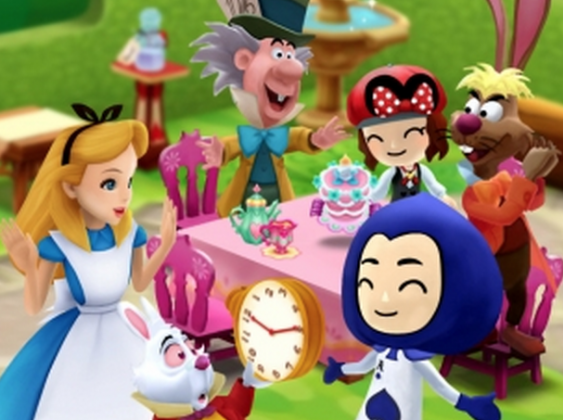 Disney Magical World is an example of a game that takes inspiration from elsewhere, and then does its own thing with from that basis, and in the process becomes something unique and worthy in its own right.

Borrowing heavily from the raw concept of Animal Crossing, it’s an aimless life simulator where there’s plenty to do but you’re never going to be asked to do anything, and it’s something you’ll keep coming back to thanks to its cheery charm and brilliant use of Disney characters.

In fact, I’d argue that this is the best use of Disney’s many and varied properties yet. Kingdom Hearts tried hard, but ultimately became a Square Enix JRPG franchise with Disney characters thrown in in such a way that didn’t really do them – or Disney – justice. After all, Donald Duck casting magic just doesn’t fit with the Disney spirit. And the various platformers, from Ducktales through to Epic Mickey and Castle of Illusion, are all good fun, but again that tends to be more because they’re enjoyable games than examples of the Disney magic in interactive form. 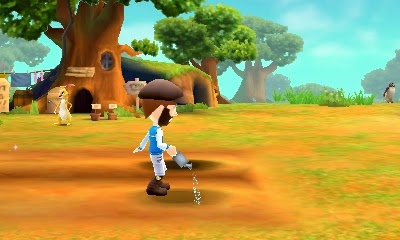 No, the best examples of Disney in action are sandbox experiences where players can simply interact with characters. The Disney charm doesn’t need action, plot and complex gameplay mechanics. It simply needs to faithfully recreate the characters and worlds that are so beloved the world after. Disney Infinity mostly realised this in its toybox mode, allowing people’s imaginations to run wild to create their own vision of Disney. Disney Magical World under the guidance of H.A.N.D understands what makes Disney tick too, in choosing to borrow from the Animal Crossing casual and laid-back spirit and aimlessness.

The basic gameplay loop of Disney Magic World is so incredibly simple; you collect resources which are lying through the world, and then give these resources to characters that need them to earn rarer materials in return. So for example, one character might ask you to collect a bunch of ‘cracked bricks’ (why, I have no idea why) it return for a couple of more valuable ‘ice blocks.’ You can also use these materials you accumulate to create new costumes or create furniture for your cafe and the like (more on that shortly). In practice it’s no different to Animal Crossing’s obsession with getting you to collect stuff. The difference is that in Disney Magical World you’re also hanging out with Mickey, Donald, Daisy, Minnie and the gang, rather than a bunch of adorable, but generic, animal-things.

From the central hub world (which is a whole new Disney environment, but carries the same aesthetic as Disney’s theme parks around the world) you’re also able to tour a handful of Disney’s worlds, from Alice’s Wonderland, to Cinderella’s palace, and Pooh’s Hundred Acre Woods. Each area is small, but meticulous in its attention to detail, and does a great job in transporting you these wonderfully nostalgic favourite Disney locations. 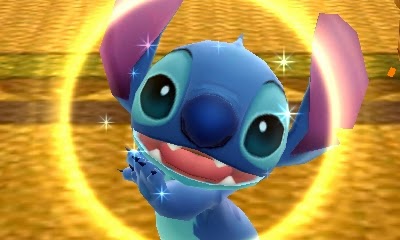 In addition to visiting these locations and interacting with these characters, there’s a nearly endless array of things to do while you’re there. There’s the basics (fishing, creating new costumes, a spot of gardening and farming), and then there’s other odd tasks you can do, from managing a small cafe and creating menus of delicious treats for it, right though to embarking on light RPG quests to help out the locals with their ghost problems.

These quests aren’t exactly complex or especially engaging. Actually, they’re little more than following a straight path and button mashing until the enemies are defeated, but it neede to be as this game is explicitly designed so that anyone of any age can enjoy it. All this combines to create a game that, regardless of your mood, you’ll be able to find something to enjoy within it. As you complete objectives and earn stickers you’ll unlock even more to do. There’s enough of these unlocks to last you for dozens and dozens of hours, and while Disney Magical World does have a time limit (once you’ve unlocked absolutely everything there’s not much of a reason to come back), people will easily get as much out of this game as they did from Animal Crossing.

But the greatest strength of Disney Magical World is the fact you’ll be using your Miis in it. By positioning your own avatar in the world you have an immediate connection with it, and if you’re like me and have been using the same Mii character for years now, it really does feel like you, personally, are in this little fantasy space hanging out with your favourite characters from the Disney properties. There’s a lot of personality that have been built into all of the characters, and seeing a mix of Disney characters and Miis wandering about the place does reinforce that theme park aesthetic. There might not be rides to jump on, but this is very much an extension of the appeal of the Disney Lands and Disney Worlds around the globe. 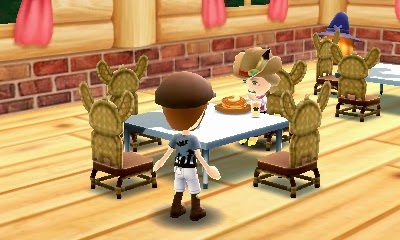 It’s not perfect, though. There are times where you’ll be undertaking a quest for a character, and only have a couple of hours to finish it, but the resources that you’re meant to be handing over rely on the random chance that they will pop up somewhere, meaning you need to hang around in the game and grind away to try and collect the stuff that you need to. It’s not something that happens too often, but if you’re a completionist and don’t like letting quests go unanswered, it’s going to send the OCD in you crazy.

The underlying cause of the Disney magic is at times hard to pin down, but for my mind it’s a combination of great, unique characters, nostalgia and an endless stream of wonderful, quality, animated movies. Being able to hang out with Pooh and Tigger in Hundred Acre Wood, and then Alice in her Wonderland checks all those boxes for capturing the essence of the Disney magic, and so Disney Magical World is a fan’s dream on the 3DS. While the aimless sandbox genre isn’t for everyone thanks to its laid back attitude and lack of direction, Disney Magical World is one of the finest child-friendly games released this year, and Disney fans may as well consider it essential.

Atelier Rorona is coming to Nintendo 3DS… and she’s adorable