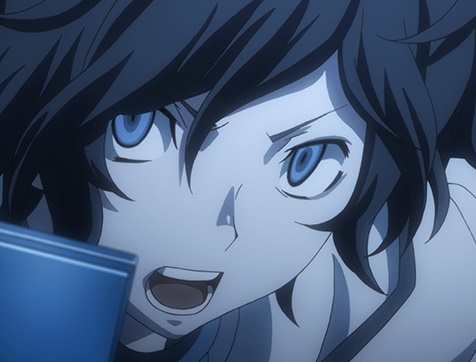 Atlus games lend themselves well to anime adaptations, because the narratives of those games are invariably the most engaging part of them. As we saw from the Persona 4 animation, for instance, by cutting out the occasionally repetitive dungeon exploration, the overall experience, if anything, improved (and it helped that Rise was in it).

So Devil Survivor 2 is another Atlus game that’s been turned into an anime, and from the outset there’s more than a passing resemblance to the quality of Persona 4, in terms of raw production values. This is a seriously well-drawn animation, with instantly engaging characters and a pacing that wastes no time getting into its core themes. But the anime has its own identity too, and while the underlying story isn’t quite as complex or engaging as what we saw in Persona 4, it’s still more than enough to sustain its 13 episodes.

Devil Survivor 2 is the story of Hibiki Kuze, Daichi Shijima and Io Nitta, high school students who get to witness the apocalypse. Through a series of cataclysmic events demons have begun to invade the planet and it’s only thanks to an app on their phones that these kids are able to fight against the tide. The apps summon demons into the real world to fight on behalf of the summoner, and it gives the last vestiges of humanity their only hope of turning back the tide. 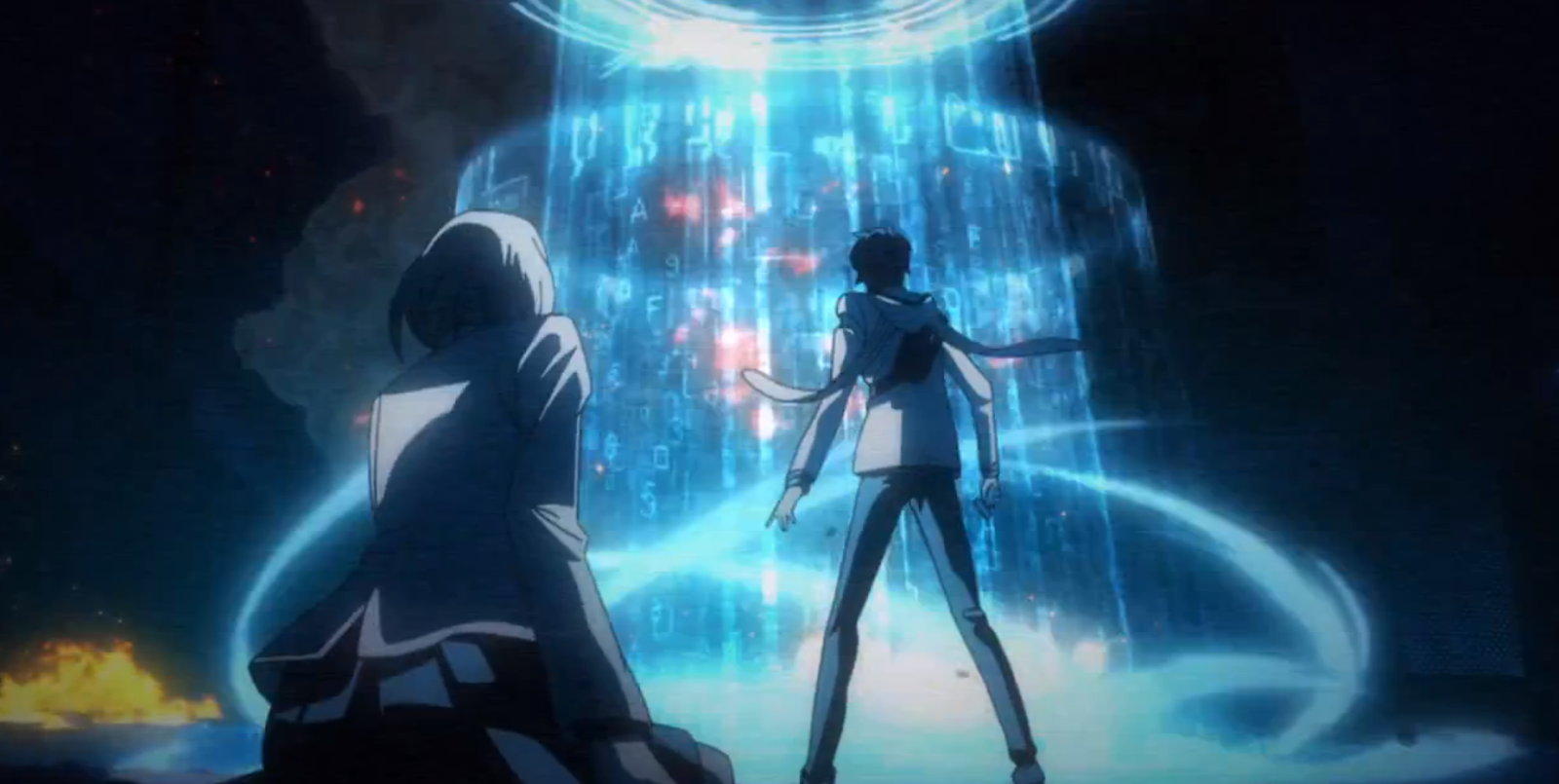 As befits an apocalyptic story, Devil Survivor 2 goes into some very bleak places. Important people do die and for the most part the entire fight appears to be an exercise in futility. Compounding this theme is the political corruption of one of the most powerful humans left, Yamato.

The running political philosophy at play is the conflict between meritocracy and egalitarianism. In the real world both philosophies have merits, but it’s clear that Devil Survivor 2 picks a side; it wants us to identify with the egalitarian point of view, broadly portraying Yamato, the advocate for meritocracy as the true villain sitting beneath the demon invasion. This is unfortunate given other Atlus’ propensity for moral ambiguity, but it does, nevertheless, provide a solid argument for its philosophy, and while people might not agree with its statements overall, there’s certainly merit to it.

There’s also a historical parallel between the apocalypse of this anime and the disasters – natural and man-made – that Japan has been exposed to over the years. There’s no secret that the Japanese culture has a sensitivity to the concept of a event that will effectively end it as a country; there’s the ever-persistent threat of Mt. Fuji waking up and threatening Tokyo, the heartbeat of the Japanese culture. The report earlier this year that suggested that the entire country might be obliterated by a volcano in the next 100 years is not the first time they’ve heard that, either. And if it’s not a volcano, there’s threats of tsunamis, earthquakes, and Japan is to this day the only nation that’s been subjected to a nuclear bomb. So, yes, the apocalypse weights heavily on the Japanese philosophy. And that’s why it makes sense that Devil Survivor 2 would approach the apocalypse arguing for egalitarianism. The Japanese culture is also one that very much demands its people support one another in a time of need, and in that context there is no room for the elite, whether they obtain that status through intelligence or raw power.

While there are similarities between Persona 4’s animation and Devil Survivor 2, both terms of a sheer attention to detail and offering an consistent aesthetic capable of holding some pretty weighty themes, the apocalyptic nature of Devil Survivor 2 also means there are some sharp differences. The incredibly dark theme does mean that there’s not as much humour to build out the characters and heighten the emotional connection to the story. To put that simply – Devil Survivor 2 doesn’t have an equivalent to Rise, of Yu, or Teddie. The darker visual palette also tends to turn the series into a draining experience. I can easily watch the entire series of Persona 4 back-to-back over the course of a single day (and I have indeed done that). After a few episodes of this intensity, with all its blacks and political ideology, and I needed to take a break.

That’s not to suggest that Devil Survivor 2’s animation is anything short of essential, because it absolutely is. It’s just that it’s a tonally darker and less forgiving anime, and you’ll want to approach this one with a more serious frame-of-mind. 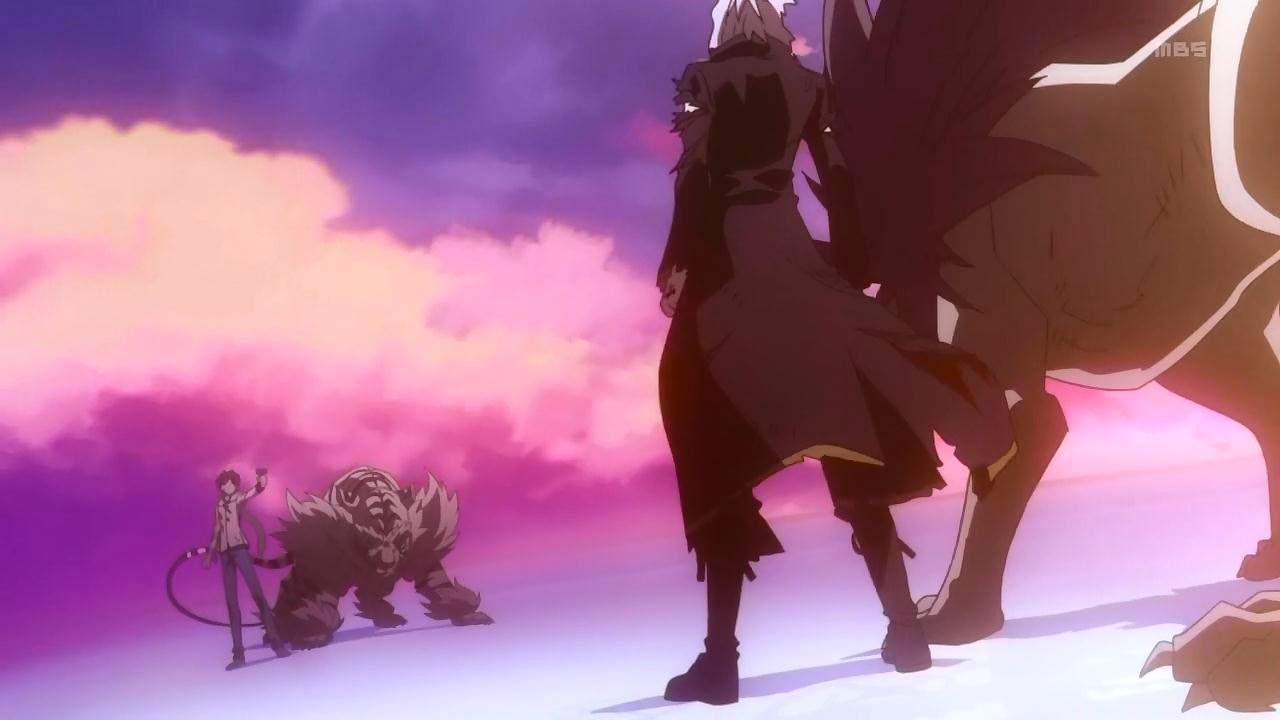 As a DVD package the image transfer is beautiful, but a complete absence of worthwhile features is a bummer. In the era of digital releases I’m not sold on the commercial wisdom or releasing a DVD which doesn’t offer anything that can’t be obtained through a digital edition, but I suppose collectors will still get a kick from having the physical discs.

This anime can be purchased from Hanabee in Australia