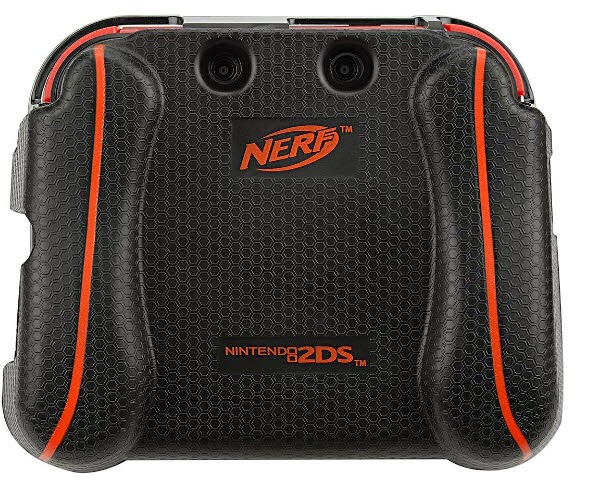 The 2DS is a strange beast for Nintendo handhelds as it forgoes the clamshell folding design that had worked so well with previous DS units. That design means that it needs a robust carry case to protect those previous screens from damage while out and about. Enter PDP, which has come up with a new spin on its popular Nerf Armor in an attempt to solve these problems for the 2DS as well. Overall, it does a good job.

In a way, this is a tough review to write, because the actual Armor’s design is quite good, and its problem is the 2DS is just unwieldy by nature. For one, I have never been a big fan of unprotected screens on handheld consoles. It’s not just the risk of scratches; these kinds of devices are large, flat and generally uncomfortable in my hands for long periods of time. The 2DS Nerf Armor, which allows you to play the console while being left in the Armor adds some much-needed contour and shape to the 2DS when I am playing it. It is soft and offers good grip, which feels great in my hands compared to the hard plastic shell of the unit itself. In particular I like the two moulded handles on the bottom of either side. My fingers wrap around it much  more comfortably.

The shell itself is very snug to get on. I should note here that I have read some other reviews that say if the plastic frame is warped or damaged at all, that the shell does not fit well. I did not have that problem with mine as it snapped right into place and holds on firmly. No tools or incredible efforts required and it stays on nicely. 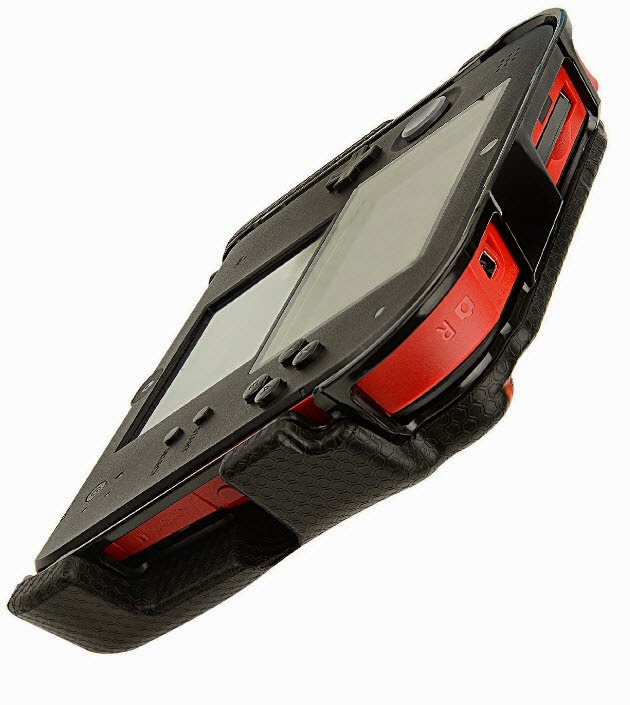 As for protection, the Armor does a nice job, but is again hampered by the design of the 2DS. The clamshell design of the prior DS systems meant that it was usually closed when being transported, and the Armor would surrounded the entire unit. Because the 2DS does not close, if it gets dropped, this Armor can only protect the back and the sides of the unit, and not the screen, which is the important asset.

I also wish that the top had more padding to match how well secured the sides and bottom were. Another area that could have helped the Armor provide more protection would have been for it to offer a protruding edge along the front. It is unlikely that the system would ever directly fall flat to the ground, but the whole point of this thing is so that people don’t need to worry about how they drop it. 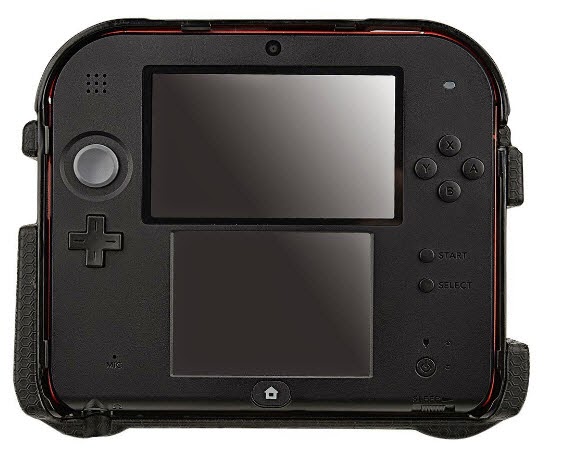 There is one other small drawback to the Armor. Because it snaps into place, taking it on and off repeatedly would render it loose, and useless. Once it has been put on, odds are you will want to leave it there. Unfortunately the 2DS is already somewhat large and a lot of carry cases already barely fit the handheld. With the Armor on, the 2DS fits in almost none of the marketed carry cases.

The PDP Nerf Armor for the Nintendo 2DS does a good job of solving one of two problems. It makes the unit far more comfortable to hold – especially for people such as myself that have large hands and dislike holding tablets for extended periods of time. It offers comfortable textures and contours that make the system easier to hold. Unfortunately it only marginally provides protection for the unit itself. I feel that this has more to do with the design of the 2DS itself than the Armor, but for those considering a purchase, it has more value for the first reason than the later.