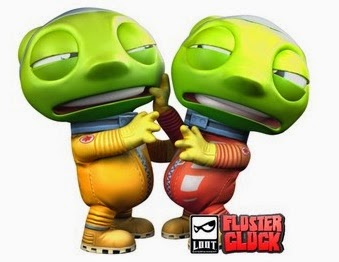 I remember having a conversation with a few friends about the rise of MMOs and MOBAs about the idea that couch gaming was disappearing. I said it was sad that everything was moving more and more online (other than the obscure RPGs and JRPGs out there, of course). Others told me that I should more-or-less get with the times as the whole single player or local multiplayer experience was a dying breed.

Fast forward to this year and we’ve seen a resurgence of games offering a quality local multiplayer experience: Diablo 3 on console, Mario Kart, Towerfall Ascension, Screen Cheat and, of course, Smash Bros. Adding to this list is Fluster Cluck.

Yes that it really what they called it. Fluster Cluck sets things up appropriately to its name in pitting players and AI (if not all the player slots are filled) against one another in various levels of what could only be described as mayhem. The objective? To not only shoot everyone else in sight but to see who can acquire the most amount of chicken (!) for their corporation employers by any means necessary. This means using turrets, missiles, mines, as well as your own cannons to take out everyone else as you search the various maps for the succulent meat. 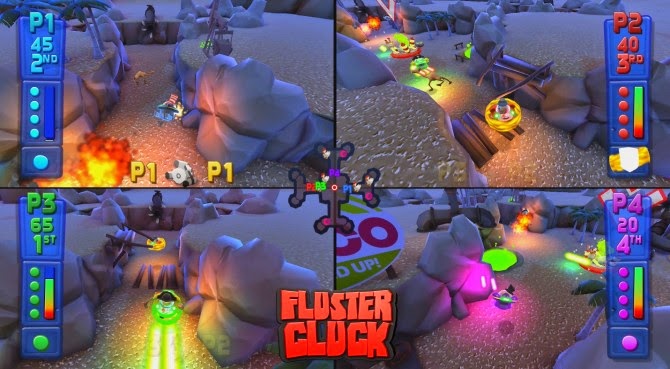 This is purely a 4-player local multiplayer game, and works like a twin-stick shooter. Along with the two joysticks are the right hand’s shoulder and trigger that allow for forward or rear shooting. Such is the speed and precision that this game demands that sometimes the difference between a victory and the loss can be determined by the fraction of time it takes to turn around, so that “backwards shooting” button is more valuable than it might initially appear.

There are two main modes in which to play. The first is the co-op campaign mode that takes players through every available map raising the difficulty with the success of each one. “Co-op” is only vaguely accurate because it is still a free-for-all to the top of the leaderboard, but nominally it’s a teamwork experience. The main goal of each level is to acquire more points than the other players. This is done by picking up material in the level and dropping it into a “Chikkinizer,” which turns the material into a chicken. This material can be cows, camels, zombies, the competition, or treasure chests. This is seriously impressive tech (I wish the thing was real, I know of some people who need to be dropped into that machine – ed).

The second play mode is traditional competitive play in which up to four players can set up for one of four modes. One option is a standard deathmatch, the other throws in the need to to collect the most chicken. The other options are team-based versus modes, just to throw that slight edge of team work and strategy into the mix. 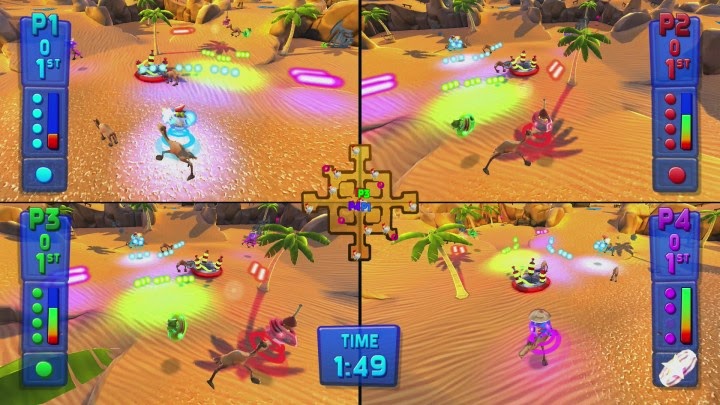 Regardless of the game mode, players gain experience that goes towards unlocking new items such as ships, hats, pilots, and different cannon styles. As you can probably guess some of these unlocks are hilarious – my favourite was the bacon strip. Others offer game-changing utility, such as the Stetson which increases the carrying speed of the material to be dropped into the Chikkinizer, while the Ushanka (Russian Hat) increases the firepower of each shot fired. Experience also goes towards the level of power and difficulty that is accessible. There are some major tiers of unlocks that happen at 20 and 40, too, as incentive to keep playing.

The maps that the levels are comprised of are interesting in their own right. They come in three varieties and increase in complexity as the campaign goes on. With time constantly ticking down, there are some things that help make things more interesting such as various altitudes and teleporters about. The one thing that all maps have in common is one Chikkinizer and its item spawns. Those areas on the maps tend to be the craziest.

What makes things very interesting are the various “awards” that are granted to players in-game which can increase or stop their points earning dramatically. Examples of these include:
– Having the Top Score: which increases your point worth by x2;
– Kill Streak: 3 kills in a row which increases your point worth by x2, and
– Camper: Players found by the game to be camping the scoring location will only be able to score at a very slow rate, regardless of the points that they should have been earning. 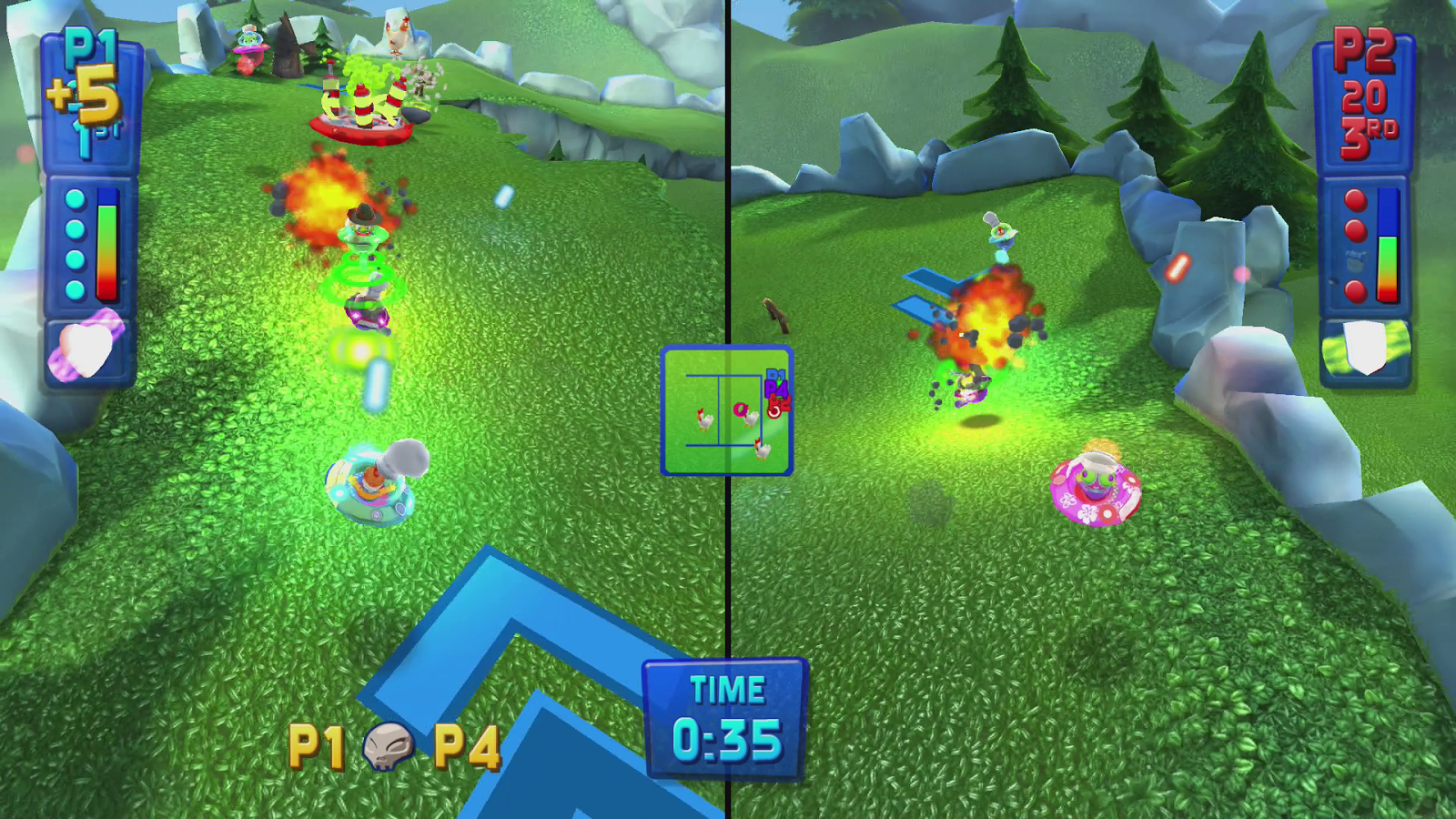 Timing your run of points scoring is a key part of this game, with a single well-timed run can yield a win, but playing poorly can see you out of the running before it begins. This creates an interesting dynamic at the start of each match as players “feel” one another out before they begin enacting their strategies.

I love that games like Fluster Cluck are leading the charge of local, social, multiplayer, and I hope it continues indefinitely. Being able to experience actual living room mayhem again as you did back in the day when friends would come over for epic SNES and N64 sessions is still a blast 15 years later.