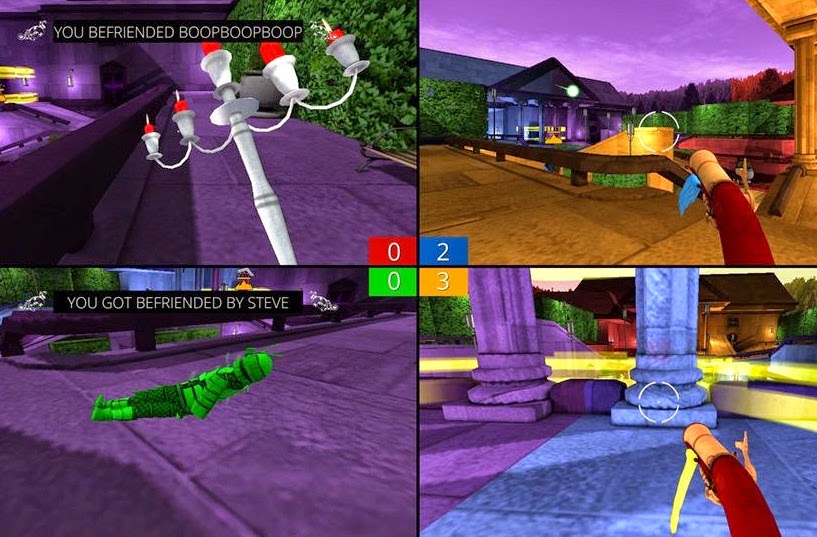 Who remembers Goldeneye? Everyone who was playing games when the Nintendo 64 was the big Nintendo console does, I assume. And as good as the game’s single player mode was it was truly something special for its split screen multiplayer.

How I remember having night after night, weekend after weekend where I’d be playing Goldeneye until the early hours of the morning with friends. Pizza, drinks, and Goldeneye. The perfect social experience.

We all got so good at the game that we were able to play without even looking at our own little corner of the screen in the split-screen play on the one TV. Instead we would look at our opponent’s screen, to gauge where they were and where they were moving. This was of course labelled as “cheating,” but hey, as long as we won the match, right?

That’s the kind of memories that Screen Cheat is tapping into. It’s a purely nostalgic experience that is fast, frenetic and entertaining. Even in the early beta state that it’s in right now, it’s clear that for anyone with fond memories of Goldeneye this is the game for them. 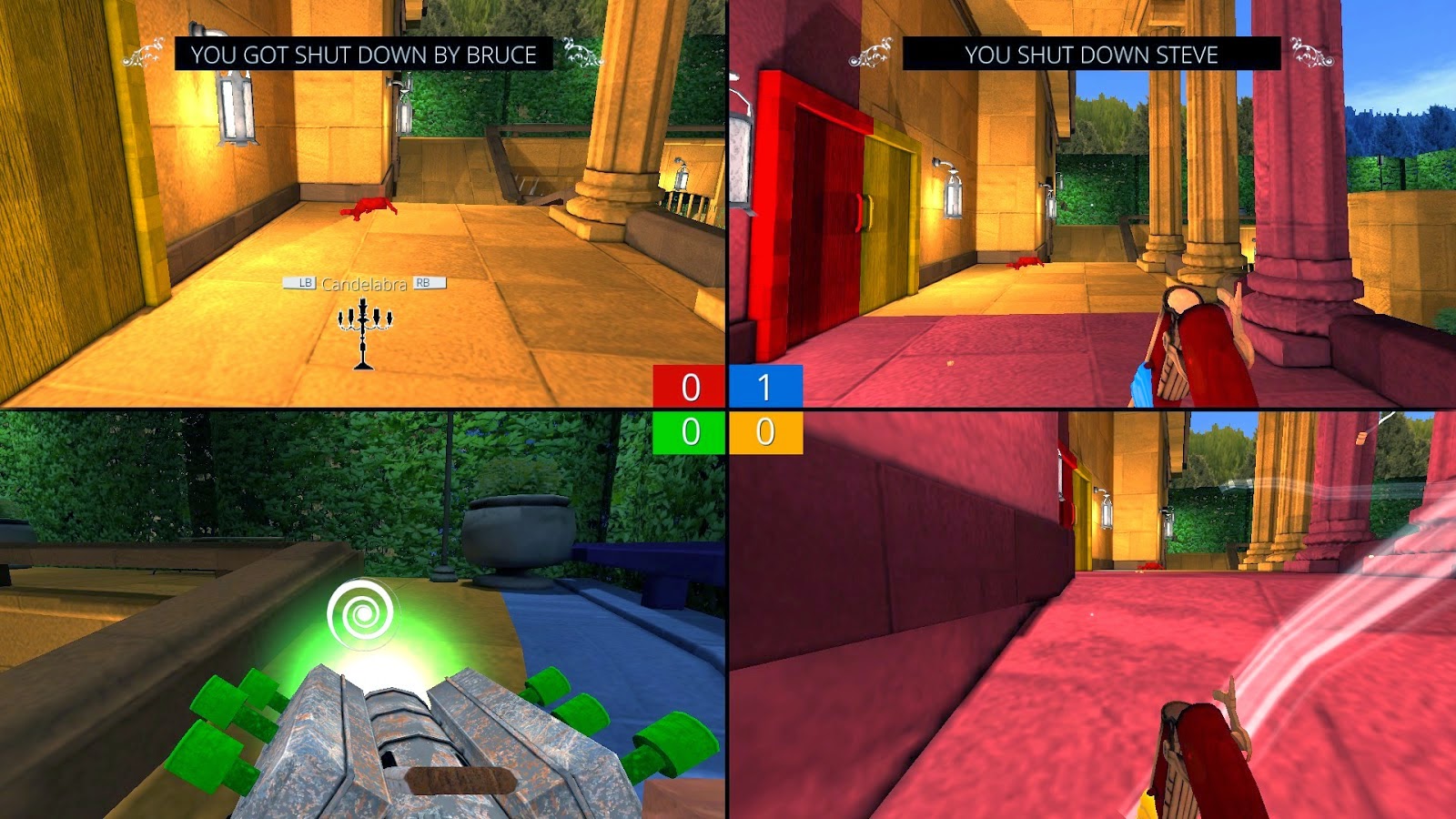 See Screen Cheat has one mechanic that the entire experience is built around; this is a multiplayer-only FPS deathmatch game where up to four players duke it out in split-screen combat. The catch? You’re not able to see where the other players are on your little corner of the screen. Everyone is invisible. The only way to figure out where the opponents are is to look on their screen and watch them as they move through the environments. Each environment is split into a couple of different colours, to help with identifying players, but it is still a crazy challenge to try and track three other opponents by looking at their screens while everyone is moving around this fast.

Screen Cheat’s speed is old-school fast. Each of the game’s four weapons in the current build (a candelabra for melee, and a shotgun-style weapons, rifle, and grenade launcher) has unlimited ammo, but with the exception of the rifle each weapon needs to be reloaded after each shot (the rifle gets four shots), and that reload time is an intense second of vulnerability which can too-easily lead to a death. With nowhere to hide players need to be on the move constantly, and generally the weapons are well balanced. There will need to be more in the final build of the game, but so far, so good.

Oh, and a single hit is a death. There’s no health, oh no. One tiny mistake and it’s game over. I can tell you, when there’s just one kill left to claim victory on all sides, that couple of seconds of cat-and-mouse before someone takes the win with one well-placed (or lucky) shot is the kind of intensity that will make you scream at the top of your voice. In fact, I even got up and pulled out my Goldeneye victory dance when I tested this game’s local multiplayer and managed to pull out a win (which I almost never do now because I suck at shooters). 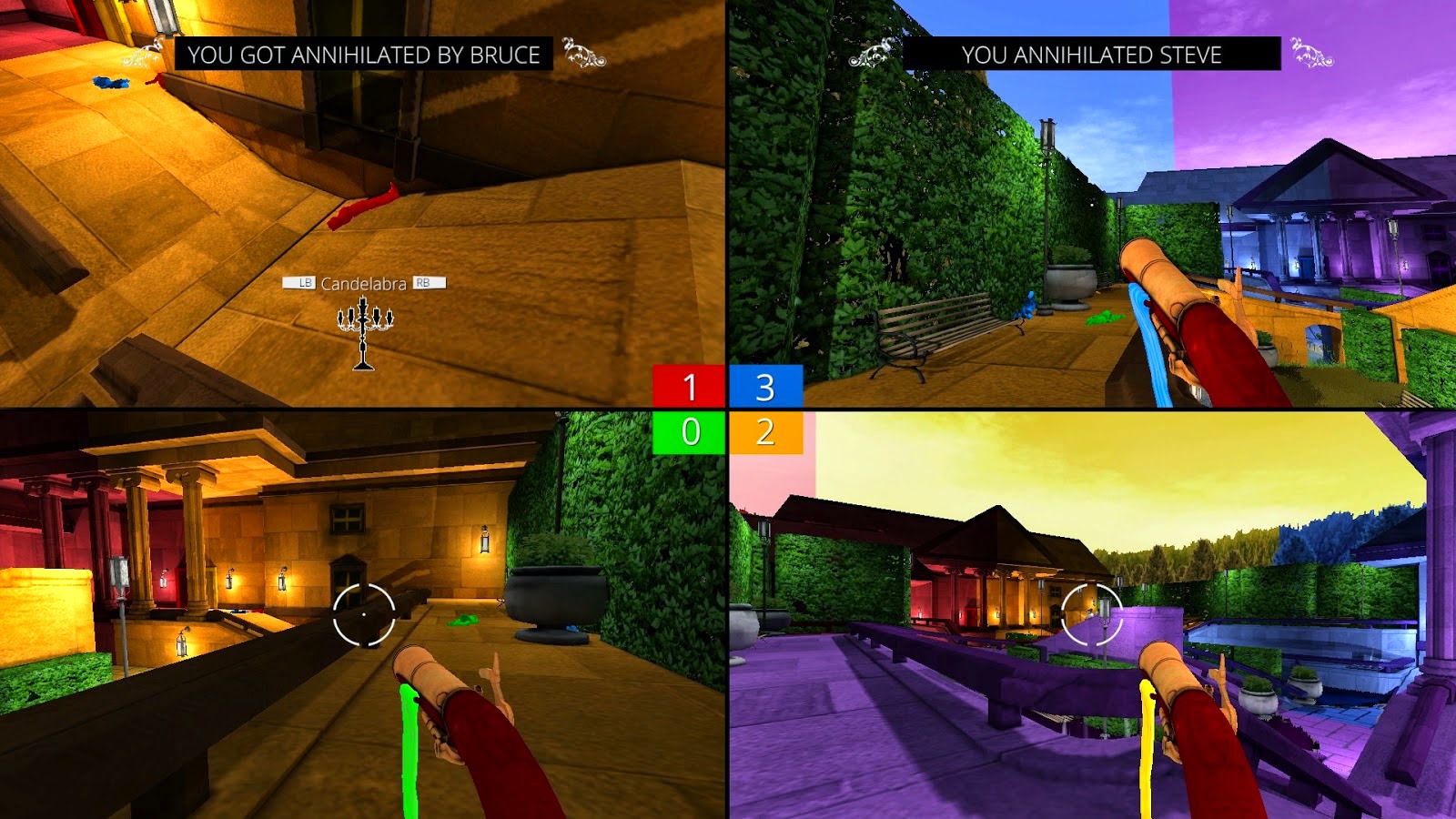 There’s no single player mode, and while the game is better suited for local multiplayer there is online play as well. Obviously the screen is still split in online multiplayer, creating a local multiplayer-like experinence, just sans the ability to pull the controller of the winner out of its socket (because hey, if you’re screen cheating, you might as well go all the way). Maxing out at four players playing at once might feel limited compared to the modern blockbuster shooters, but because the environments are so small and well designed, the intensity is far greater here than I ever experienced with any other multiplayer FPS this side of… well, Goldeneye.

We were able to test the online multiplayer; there was Sam, Trent and myself from DDNet and one other random person who joined into our game. The netcode is great already and I can’t think of a circumstance where there was slowdown or funny things happening with hit detection. In the beta there’s only two maps (but they’re both awesome) and two play modes – standard deathmatch and king of the hill. There will be more of both eventually to join the expanded weapon set, but frankly, what’s already there is enough for an evening’s dedicated gaming.

In fact, the game has already been updated from when I tested the game over the weekend. There’s a new map and a new weapon. It says a lot about my time with the game so far that I can’t wait to get another multiplayer session together to test these out. 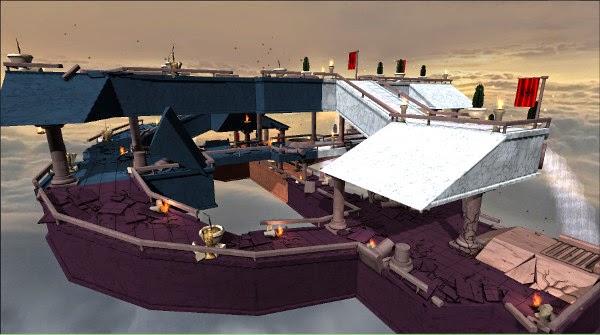 I can honestly say I haven’t had more fun with a beta, FPS or multiplayer game in a very long time as I’ve had with Screen Cheat. This humble, Aussie-developed game is going to be essential for anyone who plays games with friends. I hope it also makes its way to home consoles, because I can see my friends and I melting my PlayStation 4 playing this one for an entire night.

But as a warning – don’t play against either Sam or Trent. They’re nasty screen cheats.