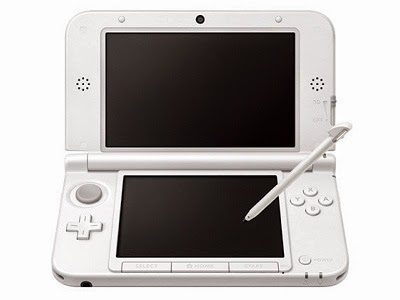 The launch of the New Nintendo 3DS is later this week – in Japan anyway – and it would seem Nintendo is revving up the handheld with a firmware update in preparation. The ninth major iteration of the operating system marks Nintendo’s foray into paid, customisable skins similar to those of other systems such as PlayStation 3’s many XMB variations.

Accessible via a wrench in the upper-left corner of the menu is the option to change your menu’s theme. Nintendo has included a total of five free colours (black, pink, yellow, blue, and red) of the basic variety to get you started, but you can nab additional decals through the new Theme Shop. The Theme Shop loads far quicker than booting up the eShop itself.

If you’ve been keeping an eye on the new handheld’s support for official themes, you’ll notice that many of these operating system skins complement physical themes that will be sold come release date, the Mario-themed series being the most blatant of the lot.

Many include some rather fun features, such as hearing Yoshi’s excitement any time you wake the 3DS from sleep mode whilst on the menu.

Snapping screenshots is a reasonably mundane task. Pressing the Y button on the home menu followed by up or down on the D-Pad will save an image of the corresponding screen to the system’s photo album. There are also options for sharing images through social media websites. Now why the bracketed caveat in the title, you ask? You cannot, however, take snap a photo of the top screen when suspended software is displayed, which narrows the scope of this feature’s usefulness quite a bit.

There’s not a ton of other revisions beyond the themes and kinda-maybe-screenshot function, but some minor aesthetic changes are present. Home menu icons have noticeably increased in size and there’s the eternal promise of added stability.

Will you be decking out your 3DS with any of these menu skins?