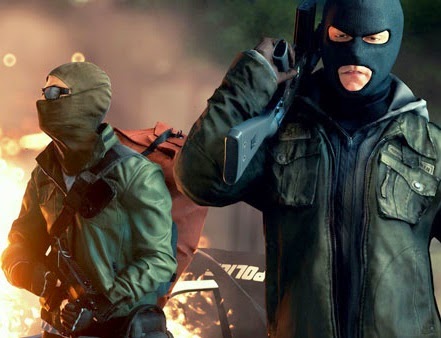 It’s past the time in the First Person Shooter (FPS) genre’s lifetime that critics are starting to question whether each new title is necessary. We’ve pushed technical innovations so far that there’s not much more room upwards to go – FPS gameplay is slicker than ever. And if you can’t go upwards, go outwards. With Battlefield Hardline, Visceral Games aims to shake up the long running military franchise by taking the fight out of the modern warfare theatre and putting it into the urban war on crime, with factions being divided into cops and criminals and battles taking place in dense cities. The spin off title retains the vehicular focus and tight gunplay of the main series, while adding unique game modes and promising a main story with moral choices rather than the straight-line approach most cinematic shooters seem to take.

The EB Expo demo I was able to try was of a new game mode, titled Hotwire, which tasks players with hijacking cars and causing mayhem to gain superiority over the police force. This is both amazing and terrible, as my experience with the multiplayer experience would reveal. The brief introductory trailer to the game mode had me thinking that gameplay would involve cinematic stunt driving, blockades and daring bootleg turns, with teammates firing through the windows and sunroofs as you drive by. Such a vision of anarchy couldn’t be more different from the otherwise methodical military FPS setting, and it’s also territory which is unexplored and yet relatively familiar. We’ve had the cops against robbers angle in games like Grand Theft Auto and Payday, but we’ve never pit two teams against each other quite like this. 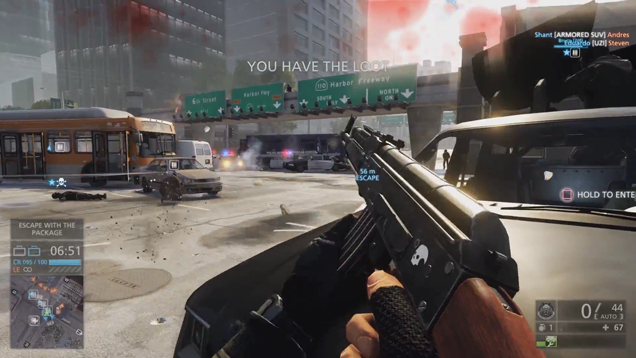 What disappointed me so much about the demo was just how much of that carnage just didn’t happen. Yes, there were cars you had to hotwire, and yes there were blockades, but the way the game went about it was as if it was classic Battlefield with an urban skin rather than a new gameplay experience. As the attendant explained to us, the mode is a little like capture the flag except with moving targets. And unfortunately for Battlefield Hardline, that description proved a little bit too apt. Sitting in a car earned you objective points, regardless of whether you were cop or criminal, and the map itself felt a little cramped for any chaotic driving to happen. While driving, I was just taking the same two or three loops over and over because that’s all the map would allow, and while this focus on close combat tension works for the series’ trademark military engagements, it certainly doesn’t work for the more free flowing gameplay that the Hotwire mode seemed to encourage.

The same can be said about the guns. The gunplay in Hardline is slick – but far too slick for its own good. It’s hard to reconcile Battlefield’s meticulous fascination with weapons with the rough connotations of urban warfare. When I’m playing as a hijacker, the immersion is sorely broken when I open the menu and see dozens of guns available to me, with accurately calculated stats and accessories. And the sheer effectiveness of each weapon mitigated my desire to jump in the passenger seat, since I’d much rather have the added mobility on foot.

These small points make the location switch of Battlefield Hardline just that little bit harder to swallow. When the attendant split the line into cops and criminals, I was hoping for some asymmetrical multiplayer. I was hoping for cops to have access to a different set of tactics than the ones that were available to the criminals. I certainly wasn’t expecting a cop to hop into a hotwired vehicle and skid around the map to earn points for the police force. It goes without saying that playing a videogame from the perspective as a cop should never feel the same as playing it from the perspective of a criminal. That’s just bad game design. It might be alright in the name of competitive balance but it’s not a good fit for the story the game wants to convey. 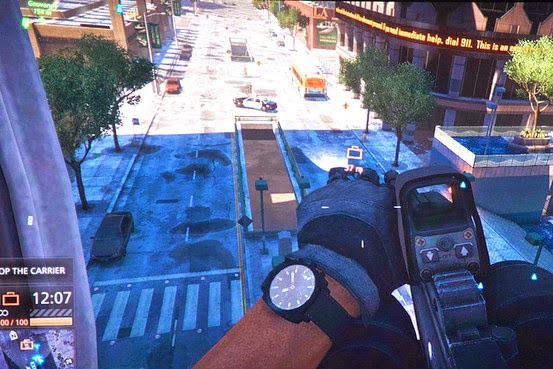 And onto the story, again we have a wealth of potential teetering between greatness and mediocrity. The war on crime, police militarisation, rebellion through anarchy – these are huge themes to be tackling in today’s political climate. Especially after certain recent events in America. And for such a high profile game to be rushing headfirst into it, there’s certainly opportunity to help audiences empathise with both cop and criminal mentalities and understand why the opposition exists. Or the writers could play it safe, making the cops the good guys, the criminals the generic bad guys, and shoehorn a happy ending over the death of a notorious crime boss. After this demo I have honestly no idea which way it’s going to go.

It might sound like I’m being overly harsh, and I am, but it’s only because I was too sold on Battlefield Hardline’s premise before I picked up the controller for myself. Visceral seem to have gotten their hands on the franchise and stumbled here and there over the series’ pedigree for refined combat. The trailer’s promises of cop and criminal battling it out was, for a moment, a breath of fresh air for the multiplayer FPS genre. I’m not even the biggest fan of shooters or crime based games, but Visceral Games tapped into something which made me excited. We’ve still got a few months before the game releases, so there’s still plenty of opportunity for the design team to break more ground.

And hey, even if it doesn’t happen, at least we’ll have another fairly competent military simulator to toss into the pile.