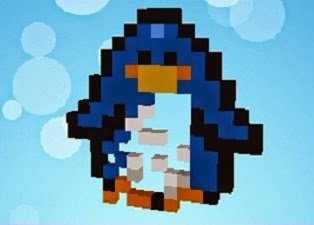 Growing up I’ve always loved doing puzzles and crosswords. When Sudoku hit in a big way it was something new and got me excited in puzzles all over again. Now imagine if Sudoku did not use numbers to fill up the blank spaces, but instead used colours that spanned certain amount of spaces to fill up a board, and you get Tappingo 2.

With its rather unique approach to puzzle action, but what could be described as some kind of mix between Minecraft and nonograms (otherwise known as “Picross“), Tappingo 2 takes some getting used to. Each “stage” is a pixel art design that players must solve by filling in the black spaces with coloured number squares that can only occupy the spaces of the number dictated upon them. Sounds easy enough? It wouldn’t be much of a puzzle if that was all that there was to it. Each numbered square that must fill up a space with its set number will continue on to the edge whether it be another block of the edge of the screen. It sounds confusing when I describe it in words, but in application it’s quite easy to get the hang of. The problem is that moving just one piece wrong early on in a puzzle can cause a lot of backstepping or even require restarting the stage when later on it becomes clear that you’ve messed up. 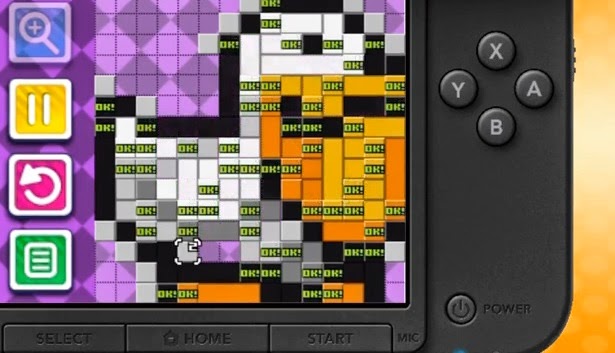 Players are able to take a step back by reselecting the square with a double tap, but this creates some of its own issues. Once a block is moved back into the original position, all other blocks will continue on to fill the now void space. And so you’ll need to plan out your strategy to tackle each puzzle carefully, because every single move can have a negative impact on your puzzling, and you won’t necessarily know that you’re in trouble until much later on.

Tappingo 2 offers a large number of stages that are ever increasing in terms of difficulty and size. I recommend working through them in order; a couple of times I tried jumping ahead and it wasn’t a great result for me. Sometimes a strategy that is so obvious in an early stage is also required in a more complex one later on, however it’s more subtle the second time around and would be difficult to figure out without the practice beforehand. 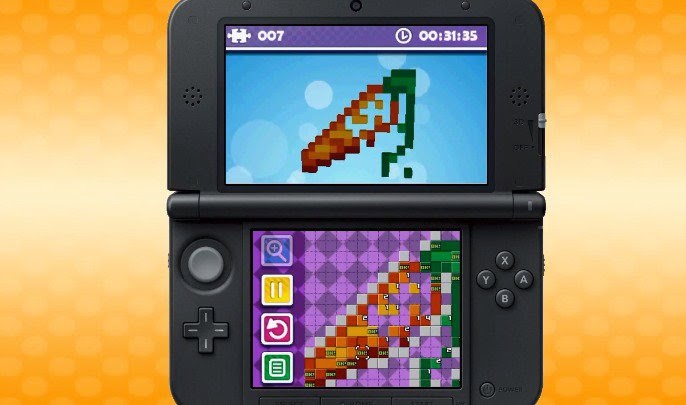 The only real technical issue that I experienced was that sometimes my stylus didn’t register my move and with a clock keeping track of time I would be rushing at times and would not notice that the move hadn’t been registered until it was too late. That might just be my poor XL not responding after many months of abuse on all kinds of games, however (thankfully there’s a new 3DS model coming out, is all I can say).

In regards to the length, it could be argued that even with over one hundred levels that Tappingo 2 is quite short. Throughout the first fifty stages my average time was around two minutes per puzzle, and while the later levels take longer (and many retries), I was done with everything in a few short hours.

Still, for its price Tappingo 2 offers a good number of puzzles to occupy some time. While it could be considered short, there is a creativity to its puzzle design that does make it quite appealing, and so it’s worth the investment – especially for people that use their 3DS for killing time and public transport.