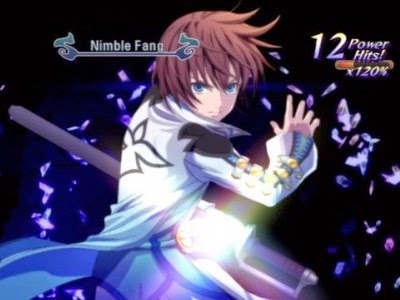 There’s no shortage of Tales games on the PS3 now – more than half a dozen titles in the series are playable on the system. That hasn’t prevented the upcoming Tales of Zestiria from looking like another fun romp through a fantasy world, however.

One of Zestiria’s most intriguing alterations to the Tales formula in my mind is its overworld to battle transitions. There’s no load screen to separate the two major components of adventuring, although I imagine the difference between combat movement and overworld navigation is still noticeable.

Point is, battles take place where they would on the map and it looks relatively seamless. That’s just as well because the world map promises to be one of the most expansive yet. This may well allow exploration to gain newfound value, assuming that’s what this game plans to emphasise.

While the trailer below is naturally in its native language, there’s still ample details and material worth absorbing for fans of the series.

Zestiria will launch during January next year for Japan but English releases thankfully won’t be far behind, We’re talking six months at most, which, assuming it pans out, will be the fastest Tales home console localisation yet.

The Friday 10: Ten last gen games that nearly made me rage-quit on the hardest difficulty