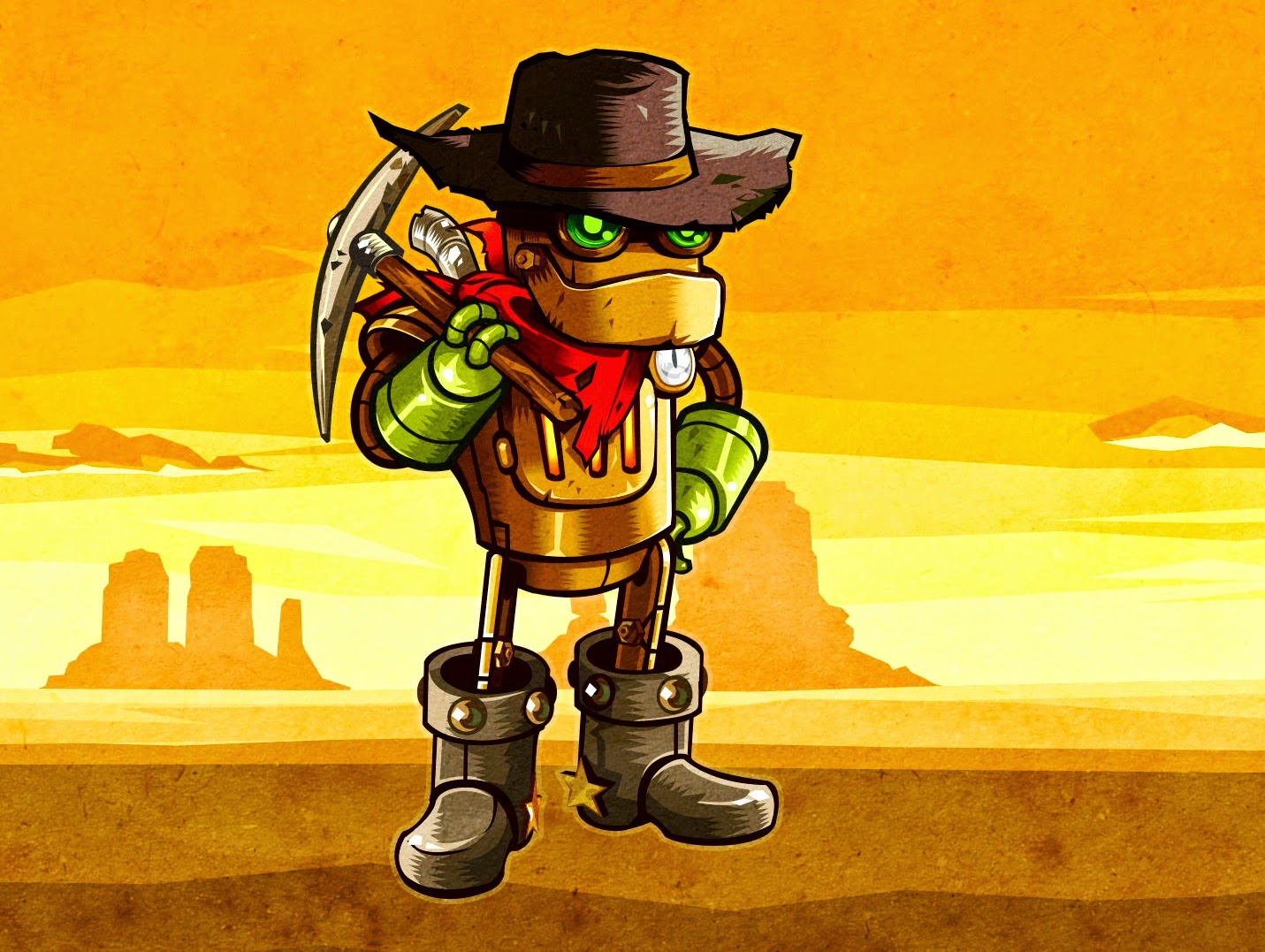 “Just one more dig!” was a common sentence I uttered during my time with SteamWorld Dig. Not since Diablo II have I played a game that caused me to stay up longer than I’m accustomed to, just for the sheer fact that I was completely hooked on the gameplay loop that it offered.

As a title that has already seen a critically successful release on the 3DS, Vita, PC and home consoles, the decision to finally port it to Wii U in full HD seems like a no-brainer. And for those people who don’t have another console, having this mix of Boulderdash and Diablo on the big screen is an experience that can’t be missed (it has also been compared to Mr. Driller, Dig Dug and Metroid, so the game remains in a good crowd).

SteamWorld Dig doesn’t provide much of a story. There’s a robot named Rusty, and he arrives in a dusty old mining town to claim his uncle’s loot. He finds his uncle, dead, and proceeds to loot his stash for all he is worth (nice guy, right?). And that’s about it to the narrative – from that point on you’re basically digging. In all honesty, SteamWorld Dig isn’t the kind of game that requires a story to keep you playing, instead it knows where its strengths like, and it goes in heavily with some rather addictive gameplay and some seriously pleasing visuals. 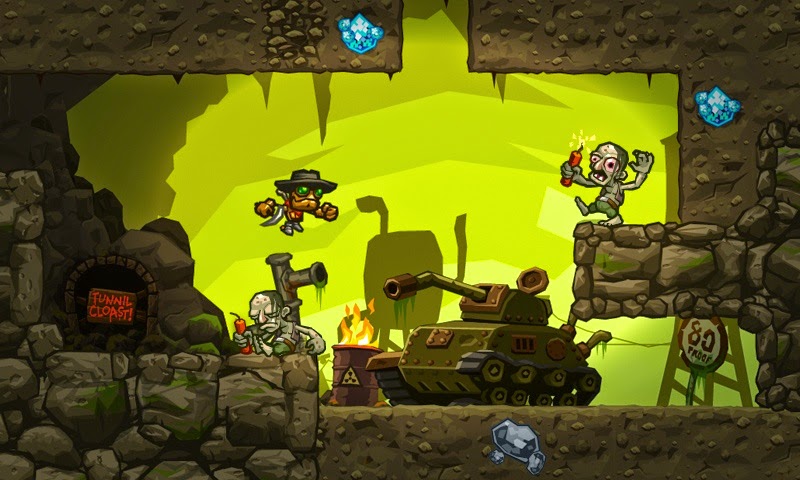 After finding his uncle, Rusty is tasked with digging further and further into the mine, taking out square blocks of dirt and rock at a time, on a massive search for as much loot as he can grab before either his lamp burns out or he runs out of space for loot, at which point he needs to head back to the top of the mine and cash it all in to then buy more worthy digging tools and better lanterns.

As Rusty digs further, he comes across caves that, when plundered, give him items that provide special abilities such as sprinting and high jumping. It is a simple gameplay loop – gaining treasure to trade in for items that allow you to gain more treasure per trip – but it works, and I found myself playing in sessions that would last a couple of hours at a time… something I haven’t done with any game in a long time. The fact that every playthrough is different thanks to the Diablo-inspired procedural level generation means that any notion that SteamWorld Dig would simply remain as a quick bus-trip style game for handhelds is quashed.

SteamWorld Dig takes heavy influences from Steam Punk and Spaghetti Westerns in its presentation, with a beautiful HD cartoon coating. Animations are slick, the graphics are crisp and the music, while repetitive, does the job to keep you immersed in the setting. As a fairly straightforward port to the Wii U, the touchscreen is rarely used, though the map being allocated to the GamePad screen is a handy feature and plays to the Wii U’s strengths well. You can even use the Pro Controller if you so desire, because we know that there are people out there that are disappointed with how few games support that thing. 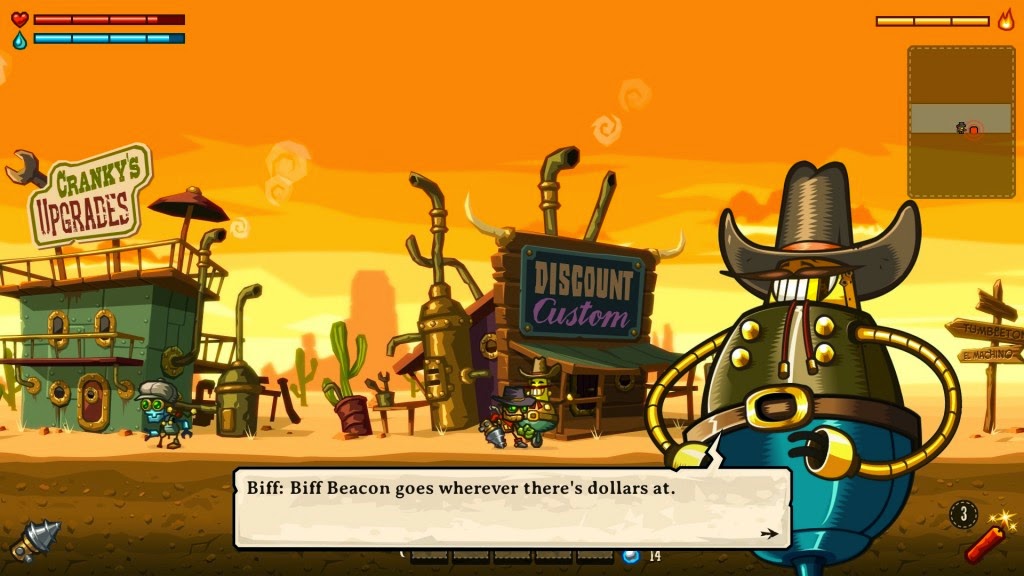 Overall, SteamWorld Dig is basically the same game from the 3DS, therefore we have already technically reviewed the game. It still remains amazing, and Image & Form have done a great job of taking a handheld game and making it work on the big screen. That’s easier said than done, apparently, with other similarly upscaled ports in recent years failing miserable (we’re looking at you, Castlevania: Mirror of Fate and Batman: Arkham Asylum Blackgate).

A little bit more variety in gameplay would have made it the perfect game, but SteamWorld Dig comes at a low price point, so there isn’t any real point in complaining about what is ultimately a well-polished and entertaining title.