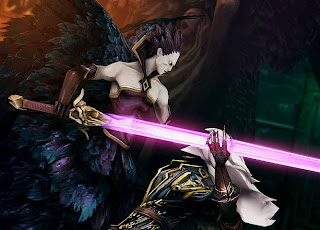 I didn’t really know what to expect when loading up Castlevania: Lords of Shadow – Mirror of Fate for the first time. With this being my first taste of the uber-popular Castlevania series, I was pleasantly surprised and taken back to the side scrolling adventures I found in other franchises in my youth. While it’s not a perfect game by any stretch of the imagination, it’s a solid blast from the past with a beautiful art style that makes it easy to forgive some of the weaker moments.

Castlevania: Lords of Shadow – Mirror of Fate is all about the art style. Starting with a moving comic book style sequence for the back story, there’s the immediate impression that with this game you’re in for a grand story. Then there’s the wonderfully nostalgic feeling that the blocky map you’d be following one block at a time block creates. The story itself is quite predictable but the style is what holds it all together, and while the rest of the game is relatively uninspiring, it is worth playing just for the next cut scene. Then again, this is a game and not a movie and generally speaking a game needs to offer more than decent presentation in order to be truly engaging. 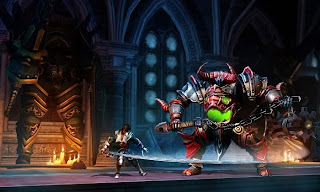 Putting the combat aside for a second, the platforming itself holds up quite well. Being my first taste of the Castlevania series, I found the highlights to the next platform that you can grab quite useful in keeping the game moving but also allowing the limited ability to explore (as much as a 2D platformer can at any rate). The problem solving is fairly easy and littered through the game scarcely enough that it’s not overbearing yet offers enough to diversify the action. Overall this aspect of the game holds up.

Matt’s review of the 3DS original release was not quite glowing and he hit especially hard on the combat, which doesn’t quite feel right when playing. The poor blocking system has continued in the Xbox 360 iteration of the game, as has the repetitive and rather boring combo system. I also found the health depletion as rather strange as occasionally a (visually) huge impact would barely affect the character, while something else that is seemingly innocent would wipe him out completely. The developers have also not fixed the backtracking issue that plagued the 3DS version, either. In a game from a franchise that is famous in encouraging players to explore, it feels like a letdown to go back to a spot and use a new special ability to access an area that provides little more than a few experience points. 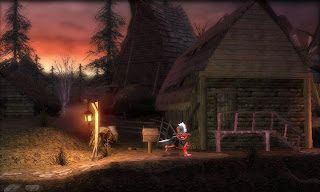 When it comes down to it, it doesn’t seem like the developers have put too much more work into this game following the release on the 3DS. At the end of the day, it isn’t a bad game. On the contrary, I found myself dragged down the rabbit hole of the beautiful art style and ultimately I didn’t care about the less than impressive combat. With that said, on the basis of there being so many spectacular games out there, it’s hard to say that a decent combat system is not table stakes for any game that hopes to be considered part of the big leagues.