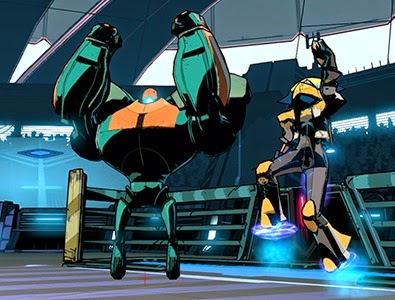 I was reminded of something fairly important after starting this up. I suck at sport. After I played this for a while… I still suck at sports.

Arena: Cyber Evolution is an ambitious, fast paced 3v3 hockey-style game that is played out in futuristic arenas and between teams of weird robotic freaks. Designed from the ground up to be an eSports competitor the game is pitching itself as a sporting take on the whole League of Legends-style competitive environment. But, regardless of how familiar you are with football, not only does Arena: Cyber Evolution provide players with a solid, action experience, but developer, Spearhead Games, plans to keep it free to play for everyone. As a F2P game, players may pick up DLC packs to get ahead a little faster, but it won’t be necessary to buy into the game if you’re going to be a more casual player.

Each match clock starts off at five minutes, which enhances the fast paced nature of the action. Win or lose, there is no tie. Once the clock counts down to zero, if the game is tied, the clock starts to count upwards until someone scores a goal. One time the clock went well over a minute, and I can tell you, this was one of the most intense 1min 36sec gaming experiences that I have had in a while. Upon completion of a match, players gain experience points based on the total number of goals, assists, and saves which levels up the account allowing for the purchase of additional character and team upgrades. 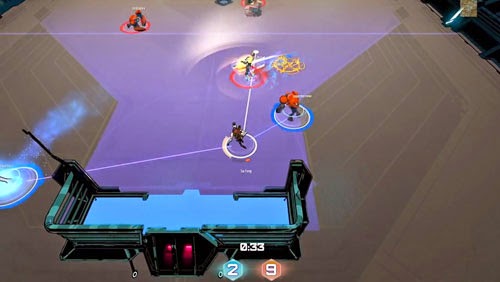 Currently there are two available matchmaking options. The first searches out other players waiting for a game and throws them all into a match regardless of their character levels. The second matchmaking option allows a player to create a custom public or private match which would allow to play with players that you’ve played with before or friends from your Steam list. Now the way that most games work it would be a bad idea to pair players of a different level with one another, Arena is balanced in such a way that low level players can gain victories against the highest levels of experience. To accompany the matchmaking there is a spectator mode which allows players to watch and examine other games but sadly I have not been able to find any of these online just yet.

Like experience points, on completion of match players are granted a form of in game currency that can go towards unlocking the other new characters, new skins, or hats. Now while these are cool in an of themselves, players can also perform daily challenges that grant them a silver currency that goes towards unlocking upgrades that can be equipped either on the player character or for the entire team. These unlocks are much more expensive and the currency is harder to get, but they are worth it. For example, one upgrade is a bonus to team speed after a goal has been scored against your team, which can mean the difference between victory and defeat. 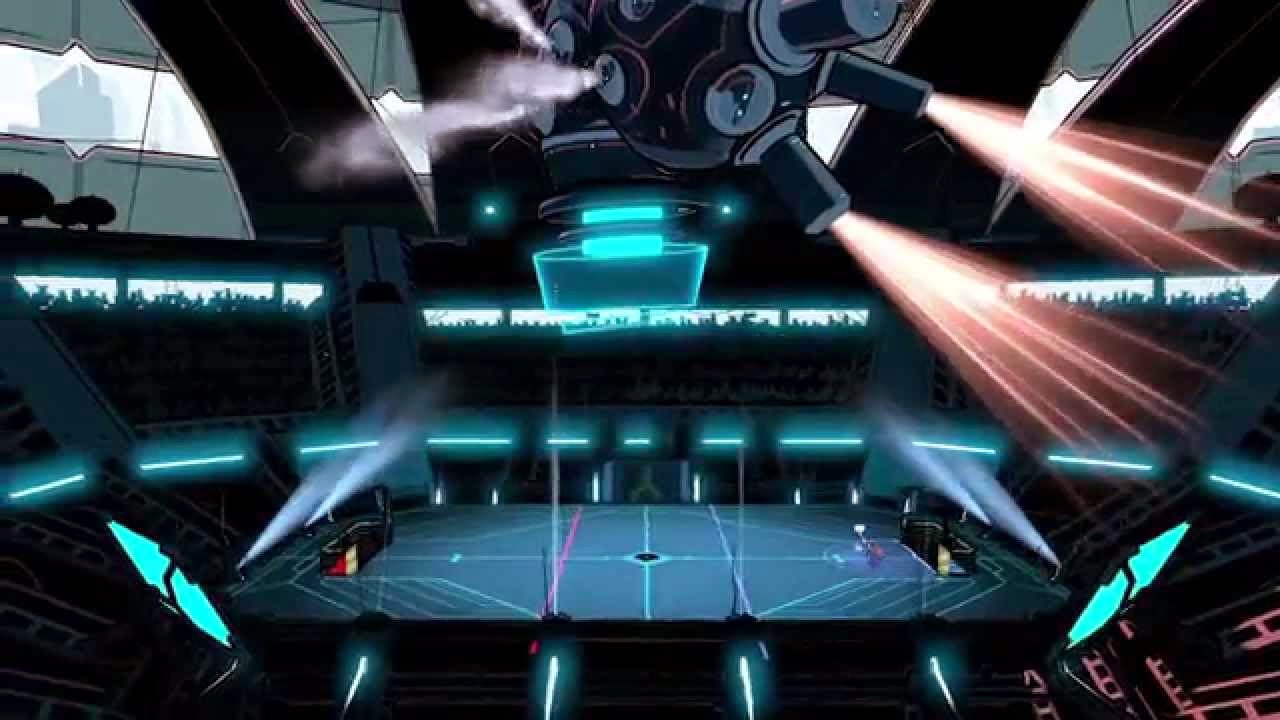 To make matches even more intense, around the halfway mark there is a countdown that announces to players that there is an incoming event. These events can entirely change the flow of the game. One, for instance, turns the arena slippery, making everything harder to control. Another turns the arena into a wind tunnel, which would change directions on a whim, making the passing game a challenge.

Arena: Cyber Evolution is shaping up to be a great game and addition to the eSports scene. Regardless of the reason why you’re playing, be it as a casual time waster or as a serious hobby, Spearhead Games have created something clever and fun, and it’ll be interesting to see whether it takes its place among the likes of League of Legends.

Want to play Final Fantasy XIII and VII on your iPad? There’s an app for that