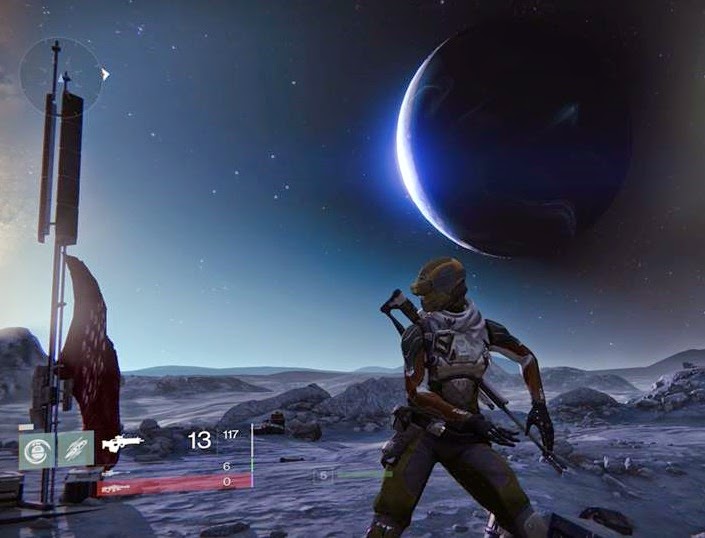 A new game from the makers of Halo. One of the most expensive games ever made. The first time since Halo that Bungie has worked on something independent of Microsoft.

The pressure in the lead up to the release of Destiny must have been intense. Equally so the hype behind the game.

And if launch day reactions are anything to go by, Destiny’s not meeting those expectations at all.

This is a game that Activision and Bungie specifically requested that journalists take their time to digest before writing their reviews. It’s a request that we’re going to respect (you can expect our review towards the end of the week, but in the meantime can I recommend that you check out our impressions of the Beta).

However, the community response to the game so far has been nothing short of nasty. At time of writing the game is languishing with a Metacritic average user review score of 4.7 (PS4 version), 4.0 (Xbox One), 4.1 (Xbox 360), and 3.6 (PlayStation 3). That’s nothing short of a punch to the guts for Activision and the game’s developers.

Now, of course, at such an early state it’s questionable how legitimate these reviews could possibly be. The game has only just been made available, and even factoring in the (slightly) early access that games journalists were provided, I’ve been playing solidly all day long, and the highest experience level person that I’ve seen was around 15. No one, as far as I could tell, has properly finished the game, let alone spent enough time in the multiplayer to be an “expert.” Clearly, these so-called user reviews are, in fact, nothing more than initial impressions.

At the same time, initial impressions do count, and the warning alarm that must be ringing over at Bungie and Activision HQ at the moment is the possibility that people are not wowed by this game, as the spiritual successor to Halo.

Given the hype, the marketing weight thrown behind the game that has seen it dominate the front pages of even the mainstream press, Destiny’s first impression on the majority of people is that it’s not living up to the hype.

As for me personally (I’ll be your friendly DDNet journalist writing the review of this puppy), I’m way too early in to form any kind of opinion on the game, but I can certainly see where some of this initial disappointment is coming from. Destiny is, immediately, a beautiful, expensive game, but it’s also one that doesn’t seem to be doing anything to push the FPS genre, much less the games industry, forward.

And that immediately means that its impact is far south of the original Halo, which was nothing short of a revolution, and indeed gave Microsoft everything it needed to make its original Xbox a console worth buying. Sony’s the one that has spent big on Destiny this time, with Microsoft being locked out of even formally advertising the game, and Sony, too, must be a little worried that this game is not wowing people like everyone had hoped.

It’s looking like it could be entirely possible that in the promotion of the game, Activision allowed people to get their expectations up too much. With numbers such as $500 million being bandied about, people expected to be blown away from the very first moment, and this is simply not happening.

So, a question to our readers – who’s on Destiny right now and what are your early thoughts?