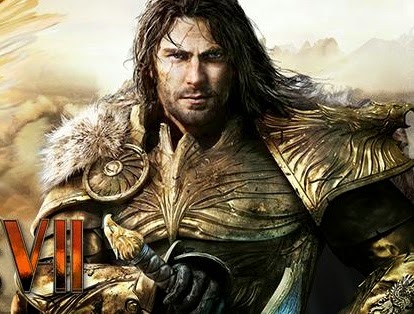 See, Might & Magic Heroes has always been the strongest part of this particular franchise. Mixing fantasy armies and turn-based strategy, players build empires, go to war, and become enormously wealthy. It’s a series that has been going since 1995, and while the last game, Might & Magic Heroes VI was seen as a misstep by many, the quality of the franchise has been consistently high.

And it’s worth noting that the game is being developed by Limbic Entertainment; the same team that produced the excellent Might & Magic X that was released earlier this year.

There’s no screenshots or indication on how the game will play, but you can watch the teaser trailer below, and there’s the following text to go with it:

Civil war is ravaging the Holy Empire. The Empress’ murder has left an empty throne, a realm in flames and too many hungry rivals intent on claiming it. Duke Ivan calls together a prestigious council of six trusted advisors in search of a viable path for putting an end to this war of succession.

Join the Shadow Council website right now to discover all about Heroes VII and vote for the next faction in the game! Fortress or Sylvan, it is your call!

Review: The Legend of Heroes: Trails in the Sky (PC)