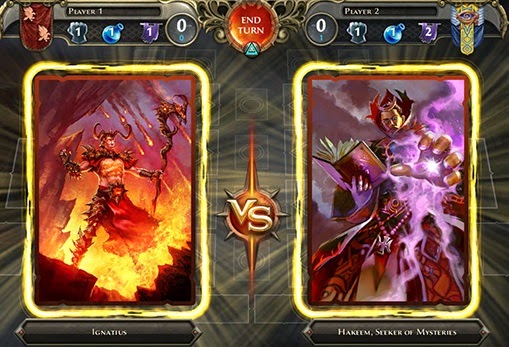 Ubisoft’s Might & Magic Duel of Champions has successfully carved out a niche for itself in the highly competitive digital Collectible Card Game (CCG) space. For years now iPad and PC owners have been competing with one another in heated battles with this game, and it continues to be a big deal for the publisher; Ubisoft has arranged expensive world championships, and new cards are constantly being added into the mix.

In that context it’s a little surprising to me that it has taken so long for Ubisoft to bring the game to consoles. We’ve already seen with the Magic the Gathering: Duels of the Planeswalkers series that digital CCGs do work on consoles, and Ubisoft’s game does have all the key criteria to make for a fun game to play on the lounge; it has gorgeous art and a rich ruleset to make it worth having sitting on a console hard drive. 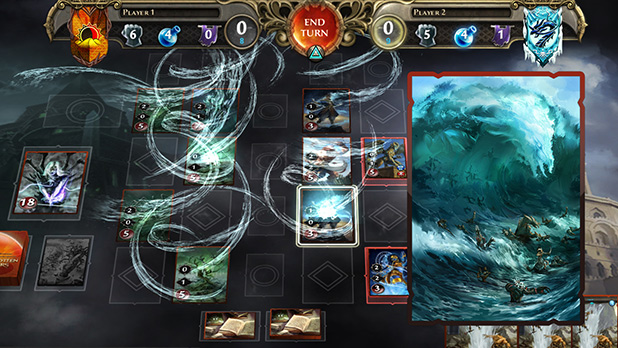 Subtitled Forgotten Wars, this game is Ubisoft’s first attempt to produce a Duel of Champions game for console, and it generally works. This game features a stronger emphasis placed on the single player game, with the menu interface more active in pushing players towards the single player game, and story text and the like taking a more prominent role in the game. As the name suggests Might & Magic: Duel of Champions is based on the Might & Magic franchise, but this is the first time that it has felt like that matters.

This was a wise move, because the online multiplayer is nowhere near as active as it generally is on the iOS or PC versions. I’ve had periods where I’ve been waiting for a game for over half an hour, which, given that the game was build around having quick, exciting matches, is difficult to resolve. I also can’t see the community getting more active as time goes on, so if you are planning on buying into this, you’d be best off making sure that a couple of your PSN friends also own it, so you’ll be able to organise some games without relying on matchmaking.

Once you are in the game the interface will feel immediately familiar if you’ve had any experience with either the iOS or PC versions. If you’re new to the game there’s a nice, easy tutorial to work through that will run you through the basics. Duel of Champions does deserve all the success it has seen over the years, because it continues to provide one of the better balanced CCG systems that we’ve seen to date. Where some CCGs are accessible, but fail to provide enough meat to keep experienced CCG players interested in the long run (Hearthstone falls in this group, as far as I’m concerned), and other CCGs can be ridiculously complex and intimidating to the newcomer (Yu-Gi-Oh!, I’m looking at you here), Duel of Champions’ basic rules are quite easy to understand, and the standard “starter” decks that the game provides players with are competitive enough in the initial turn. 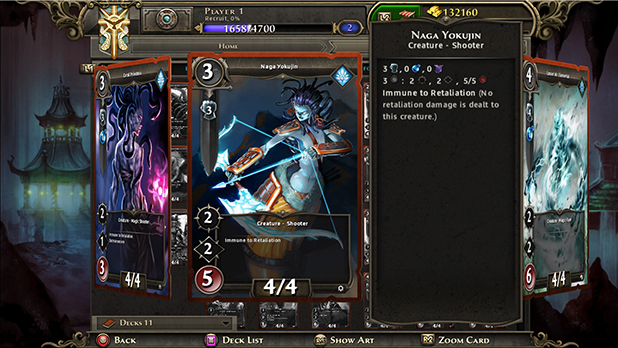 As you become more experienced as a player, Duel of Champions then begins to open up to more complex deck building strategies and more experienced players do enjoy an strategic advantage over the unpracticed. In other words, there’s something in this game to suit players of all skill levels.

Beyond a commitment to balance, the game clearly takes itself seriously in other areas too. Any good CCG needs to offer good quality art work in order to inspire the imagination of the player. If you’re playing a CCG and don’t have a pet favourite card based purely on aesthetics, then the game is missing something that a superior game will have. Duel of Champions has gorgeous art on the cards – enough so that I wish Ubisoft would invest in a physical version of the game – and this adds flavour and personality to the game. The PlayStation 3 version doesn’t disappoint here either. Aesthetically it’s much the same game that you’d get on the iPad or PC.

However, Forgotten Wars is also very keen on asking players to shell out for DLC. After each successful victory, you’ll earn in-game coins which can be used to “purchase” a couple of random cards. But that’s only the base sets. If you’re looking to complete the collection of more than 600 cards, you’ll also need to pay real money to unlock the game’s “expansions,” and this can tally up to be a major investment indeed. It’s very easy to spend the same kind of money on this game as it would be a full retail game. 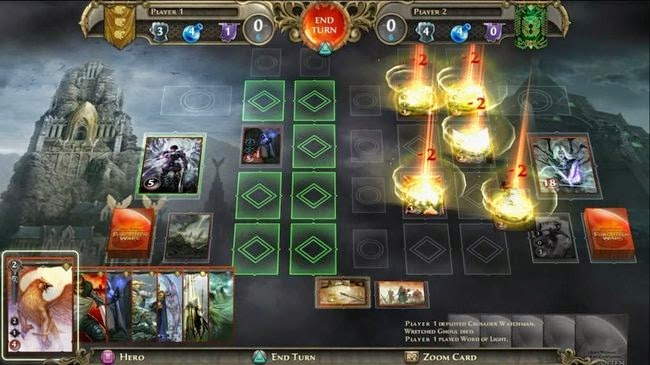 And this would be fine if it felt like I’d still be playing this game in three or four years. I know I can log into my iPad version of the game and play a round or 10 whenever I feel like it. And I’ve spend hundreds of dollars on the game because I have enjoyed collecting the cards and playing other real human beings. I suspect that Forgotten Wars will be a single player only experience very quickly, and I’m just not willing to pay a premium for a solo player CCG.

The Friday 10: Ten quotes from my favourite female characters of my youth