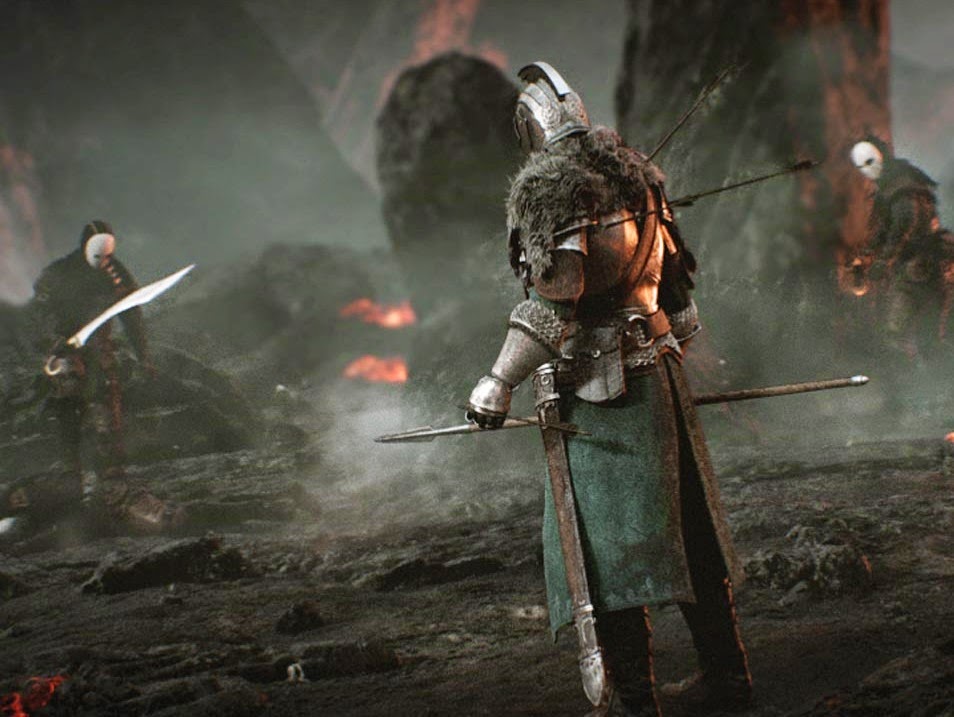 Unlike Matt and Nick, when they reviewed of the PlayStation 3 and PC versions of the game (respectively), I come to Dark Souls 2 with much less experience of the series, though that doesn’t mean that I’m left entirely in the dark. I’ve dabbled with both Demon and Dark Souls, and while I saw neither of those to completion, I came to appreciate just how uncompromisingly difficult both games are.

I’m no stranger to difficult games (many of my close friends might argue that I’m a glutton for it), but Dark Souls 2 takes an arguably different approach to challenge. Rather than placing an emphasis on raw skill and twitch-like reflexes (for the record, these are the games I find myself drawn towards), developer From Software centers the challenge around patience and careful movement, and, as you might already know, learning through repetition (which in this case, is brought on by dying over and over again). Dark Souls 2 takes place in a new world for the series called Drangleic, which, while similar to Lordran from the first game, is significantly larger and features more varied environments. Each area of Drangleic feels more self-contained, complete with its own backstory and mythos, a design choice that I imagine will make more sense as DLC begins to roll out.

Traditional story telling methods and devices don’t often rear their head in Dark Souls 2; rather than dishing out heavy-handed exposition through dialogue or cutscenes, Dark Souls 2 requires the player to put in a considerable amount of effort should they want to learn more about the world of Drangleic. Granted, a lot of key moments that help to fill in the backstory can be entirely skipped, whether that be from missing a key character, or (in the case of my trial playthrough, which I quickly scrapped) by killing off an important NPC.

The unclear and rather cryptic nature of Dark Souls 2 world might be off-putting to those who prefer to have their hand held when it comes to storytelling, though there’s always the option to simply plow through the game without digging into the lore of Drangleic. Still, the world of Drangleic is a bit less confusing and obscure than we’ve seen in past Souls games, a change that some might confuse for dumbing the game down, when the proper assessment is that the game is just a little more straightforward. 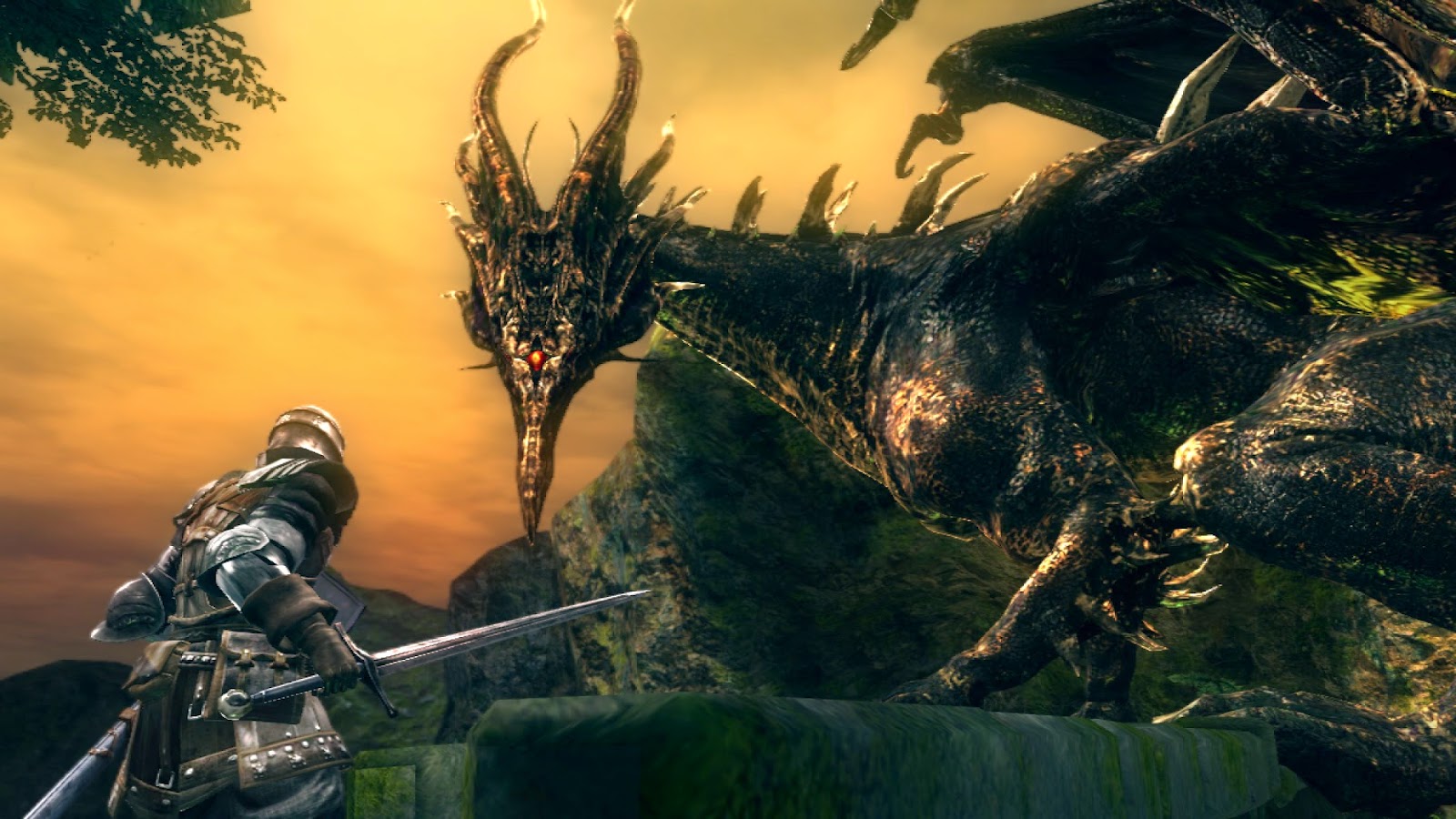 One of the main reasons I never completed the original Dark Souls was due to the unexplained gameplay mechanics, which often kept me in the dark (to this day I never really understood how ‘humanity’ worked back in Lordran). The path forward in Lordran could often be hard to surmise, whereas in Drangleic, progression is tied to character growth and your own ability. The only change that left a somewhat sour taste in my mouth is the actual layout of the world this; level design is superb as expected, but the interconnected paths and shortcuts From Software sneaked into the original Dark Souls aren’t nearly as prevalent as they were back in 2011.

The last two ‘Souls’ games set the blueprint for the series trademark brand of punishing combat, and love it or hate it, it’s back with a penchant for difficulty and death. Unlike the fast and fluid combat of series like Ninja Gaiden or Devil May Cry, Dark Souls 2 is grounded in a more ‘animation-based combat’, essentially meaning that attacks play out through animations that can’t always be cancelled or altered, giving a very heavy and weighted feel to each move you make. Attacking at the wrong moment can prove very fatal, as missing an attack (or worse, getting attacked yourself before you own attack lands) often leaves you heavily damaged and staggered.

Depending on the class you build, you’ll have plenty of weapons at your disposal (from light to heavy melee attacks to ranged projectiles and spells), though each action you take (attacking, blocking, dodging, etc.) uses up stamina, which never recharges fast enough for you to spam attacks or dodge endlessly. It’s a system that rewards patience and careful planning, and I wouldn’t be surprised if the staff at From Software has put in more than a few hours playing Monster Hunter during their morning commutes. 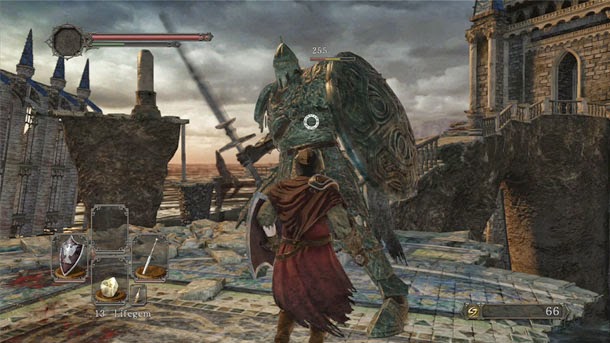 There are a few changes and refinements to the combat, which don’t necessarily make the experience either easier or harder on the whole. There are only eight classes this time around, with some new additions along with a few classes retiring. Humanity is no longer a discrete number this time around, and invading and being summoned to another world are now timed visits. You can even fast travel between discovered bonfires from the get go, with bonfires being invaluable save points and a resource to light torches. The most notable change might come from the respawning of enemies; unlike Dark Souls, enemies will stop respawning in a given area after fifteen or so replays/deaths. While fans might cry foul at this design decision, I imagine it was most likely implemented to prevent overlevelling/ grinding, and to encourage forward progress. Once again, the name of the game is streamlining, not dumbing down.

And regardless of the changes this time around, your hero will die, and die, and die. But honestly, after the first few deaths, if you’re anything like me, you’ll stop caring so much, and learn to embrace them. Because with each new death comes a little bit of knowledge, a little bit more insight into the game’s world, and just a little bit more progress. Sure, it can be downright frustrating or depressing at times, but it just makes those moments of success that much sweeter.