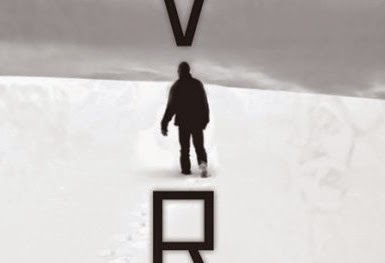 Through almost every page of Sakyo Komatsu’s Virus drips a sheer hatred for the political and social thinking of western nations.

Remembering that Komatsu wrote this in 1964, at the height of the Cold War, Virus represents a very real fear that populations throughout the world had at the time; that the Governments of the world’s superpowers were working on weapons that could literally wipe out humankind. Not only that, but so committed to maintaining an intelligence advantage over their rivals as they were, these superpowers were also quite happy to allow humankind to be rendered nearly extinct than collaborate together in the open sharing of information to combat the accidental release of a killer biological weapon into the wild.

The biological weapon that the book’s title refers to, codenamed MM88, was a virus built of supergerms that were brought to earth by an expedition into space. Completely unlike any other virus that humans had ever seen, it initially resembles influenza, and was treated as such. Too late to prevent it from becoming a global killer epidemic, some scientists clued into its nature as something more than the flu, even as the military apparatus of America, the UK and Russia knew of the threat, but refused to divulge information for fear of allowing their weapons to fall into the hands of their enemies.

And so the virus expands rapidly through the world, and the body count rises. Eventually just a handful of people are left on the planet, courtesy of their isolation from the rest of the world on Antarctica. Most affecting in Komatsu’s vision is Japan, which has no military ambitions with germ warfare, but he is vivid in his description of the effect the virus has on the Japanese nonetheless. Coming so soon after Japan was struck by two nuclear bombs to end World War 2, it’s easy to see where Komatsu’s anger about the military approach to weapons of mass destruction would come from, and even while the idea of a Japanese citizenry that suffers for the political ambitions of military superpowers is one that has generally left our global conscience (aside from the history books), the warning that Virus carries remains as poignant as ever – especially as we consider the trigger-happy tactics of terrorists, who are increasingly well funded and could potentially find themselves in possession of powerful weapons themselves.

And so Komatsu indulges in depicting military and political leaders as hateful, ugly, vicious and downright stupid of military, while going to great lengths to set up sympathetic characters who literally drop dead just as we come to understand the good that they’re trying to do. George R. R. Martin has got nothing on the kind of death rate of major characters that Komatsu is willing to indulge in, and perhaps it’s because he is so committed to killing off characters that in the end it’s not the characters that hold the narrative, but rather Komatsu’s long winded explanations of the effects and science behind virus’.

I’m not a scientist and have no idea how accurate Komatsu’s writing on viral analysis is, but it sounds plausible enough, and certainly shows that there was a lot of research that went into the writing of Virus. Others will find these passages irritating, as they can be almost chapter-length in their own right, and they do slow down the pace of the novel itself, but I found them to be generally effective in explaining with crystal clarity why this particular epidemic was able to decimate the entire human population, and then how it was that the human population wasn’t able to mobilise to defeat it.

So many modern apocalyptic works are so focused on pockets of humanity surviving once the world has effectively “ended” – think The Walking Dead, The Road, or Fallout 3 – that it’s nice to have a story that explains how the world came to be in this state. So many modern works that try to tell that story are so focused on explaining how a small group of humans could survive – think 2012 or The Day After Tomorrow – that it’s refreshing to instead have a story that is almost textbook like in explaining how something could be so catastrophic. Virus is an uncompromising vision, assured in the story its telling that even if the science leans too heavily into the science fiction to be even remotely credible, its philosophical concept – that humanity could be laid low for the collective stupidity of human beings – that it’s still something of a page turner.

I wasn’t able to read this book when I was tired, as the heavy use of jargon and leaden writing style of Komatsu started to send me slightly dyslexic and I would find myself re-reading entire pages, but when I was wide awake I couldn’t put the book down. It’s probably not going to be a classic by virtue of the fact that no one in Hollywood has thought to turn it into a blockbuster starting that pasty guy from Twilight, but it’s certainly one for anyone that gets a kick out of an intelligent sci-fi author laying into something about western military culture that deserves to be criticised.