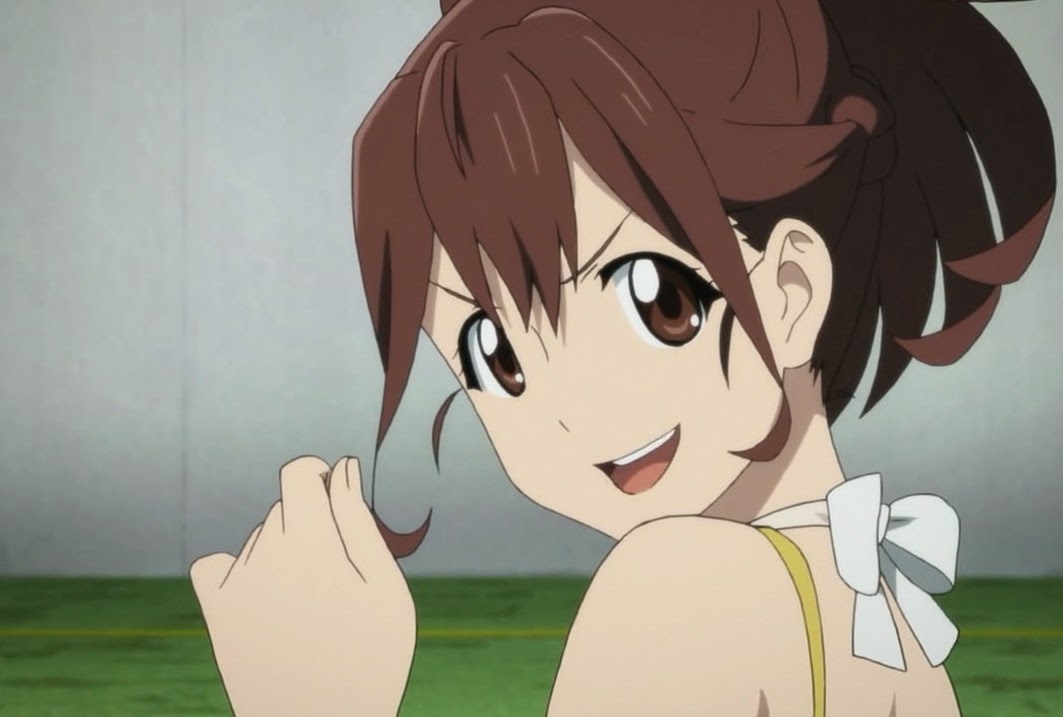 The opening chapter, or Collection, of the Robotics;Notes anime was an odd thing. It starts out as a slice of life tale about a couple of school kids who badly want to build robots. It has an unlikeable lead male character in Kaito Yashido, but an adorable lead female character in Akiho Senomiya, and so on balance it was setting itself up to be a fairly pedestrian but enjoyable anime.

Midway through that first Collection things take a really weird turn, however. From murder mysteries to a bloodless kind of horror through to soap opera and weird political espionage, Robotics;Notes rapidly shifted from just another slice of life story to something altogether original. Sometimes dark, sometimes profound, the inconsistency of the quality of these plot threads became a problem, but it did cement Robotics;Notes as something entirely unique if nothing else. 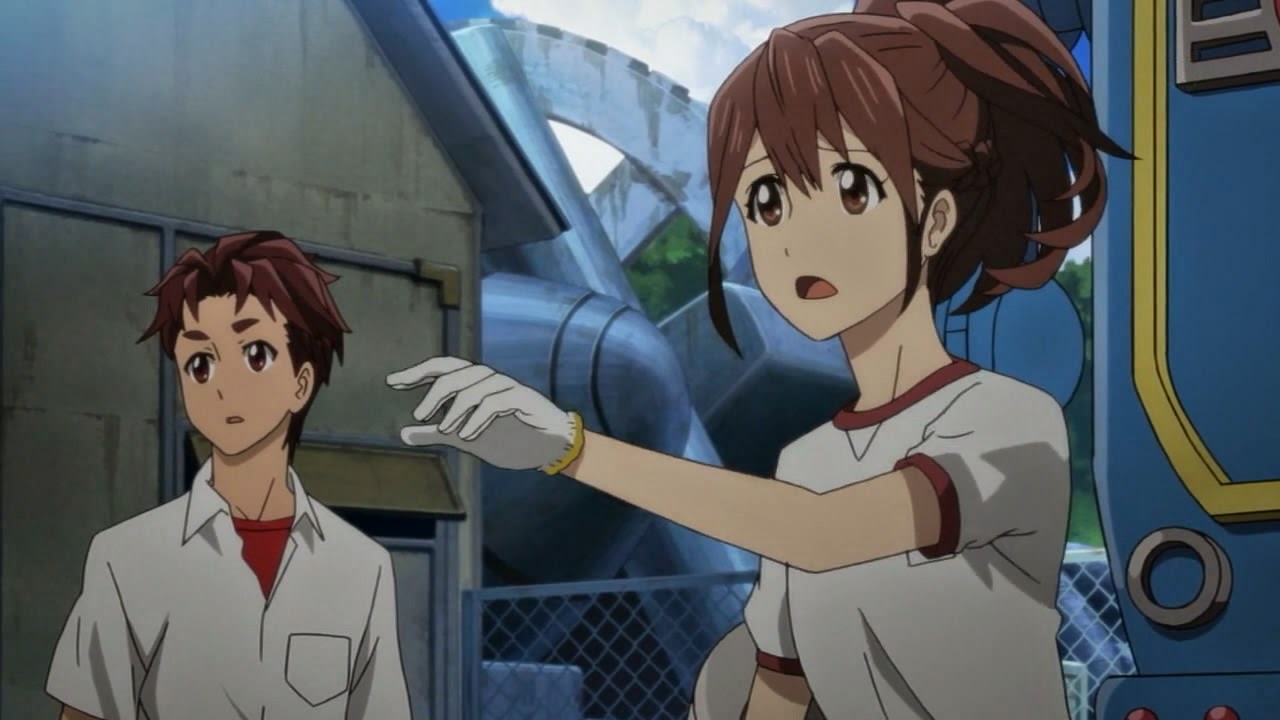 Collection 2 follows in the tradition of the second half of the first Collection. One episode might be dealing with some dark themes around suicide, and then the plot will jump over to a weird robot invasion and sci-fi style portents of an upcoming apocalypse. And then there’s the ghost girl who only exists in the world through the cameras of smartphone-like devices. The quality of the many plot strands is every bit as inconsistent in this Collection as it was in the first, and once again the anime is at its best when it’s focusing on characters rather than its more far-fetched plot elements, but if nothing else Collection 2 remains as unpredictable and strange as the first.

What I didn’t like, however, was the decision that the writers made that the plot should also transition from sharing the lead between Kaito and Akiho to being much more heavily focused on Kaito’s perspective on the world, while Akiho is reduced to just one part of an ever-widening supporting cast. It was the wrong way to go given that it is putting focus on the weaker character. In fairness to Kaito’s character the story writers have found a way to make him less obnoxious this time around. Where he was completely disinterested in doing anything but playing his favourite smart phone game in the first Collection, this time around he’s willing to take more of an initiative and behave more like someone who would actually have friends.

But he’s still a very flat character, and far too weak to lead the anime. Akiho is more single minded in her determination to build robots, and is the more simple character, but she would have made for the more effective lead given more screentime and attention because she at least throws passion into what she’s doing, and doesn’t try and hide her concern for those around her behind an irritating aloofness. 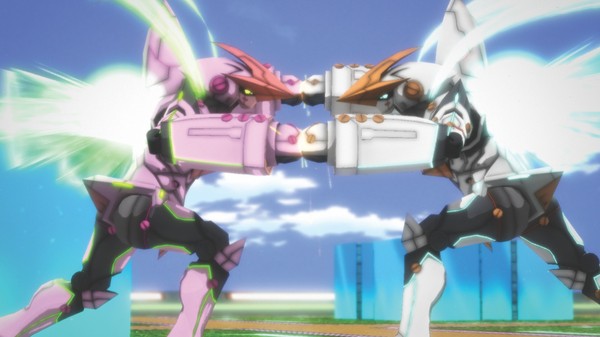 Looking beyond Kaito and Akiho the supporting cast are generally effective. As the story ramps up towards its conclusion it becomes more action and broad narrative focused, so it’s more difficult than it should be to care about the real, often dark things that are going on behind the scenes with these characters, but they each fit within their roles for the plot nicely. Whether it be the timid little girl that’s frightened of robots, to the cantankerous, protective grandfather and through to the reclusive and nymphomaniac computer hacker there is a lot to like about this cast, and it’s frustrating that so little is done with them after setting them all up.

Ultimately Robotics;Notes wants to be a story about friendship overcoming challenges and the weirdness that goes on is simply metaphor for a lot of what does go on between friends from day to day. As Akiho says in once scene “robots are a form of hope, the culmination with hard work with friends. Robots can’t talk, fight or even walk correctly unless you give them clear directions. They’re like helpless, high maintenance children. But if you open your heart to them, they’ll open their hearts to you.”

She’s talking about robots in a literal sense, sure. But more importantly in this scene she’s talking to the audience and describing friendship. For all the anime’s outlandishness, ultimately the themes it represents to its audience are the same things that we would experience in any other traditional slice of life story, and Robotics;Notes is so fascinating for this reason: it isn’t meant to be taken literally, as most anime are. It’s a deliberately complex story that reworks common anime and sci-fi tropes to present richer themes. 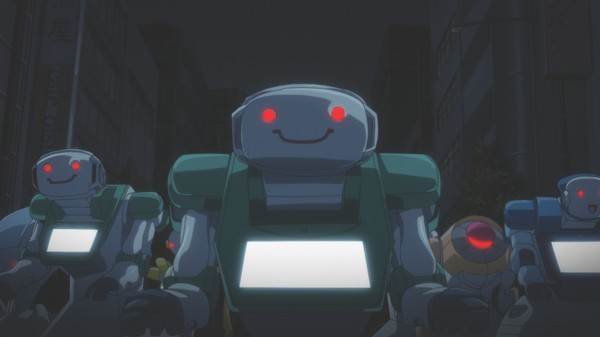 With the first Collection, I was a little disappointed with the quality of the footage on the DVD discs. No such concerns when watching it on Blu-Ray. In fact, this is a gorgeous anime, with well drawn characters and interesting environments. It does seem like the artists struggled to resolve the sharp difference between the anime’s more realistic slice of life moments and some of the more wild sci-fi moments, but these art direction issues are few and far apart.

You’re not going to be able to watch this part way through – but I highly recommend the overall package. For all its weaknesses and inconsistencies, it’s a difficult one to forget once it digs its claws in.

Game of the year contender, Valiant Hearts, is coming to iOS