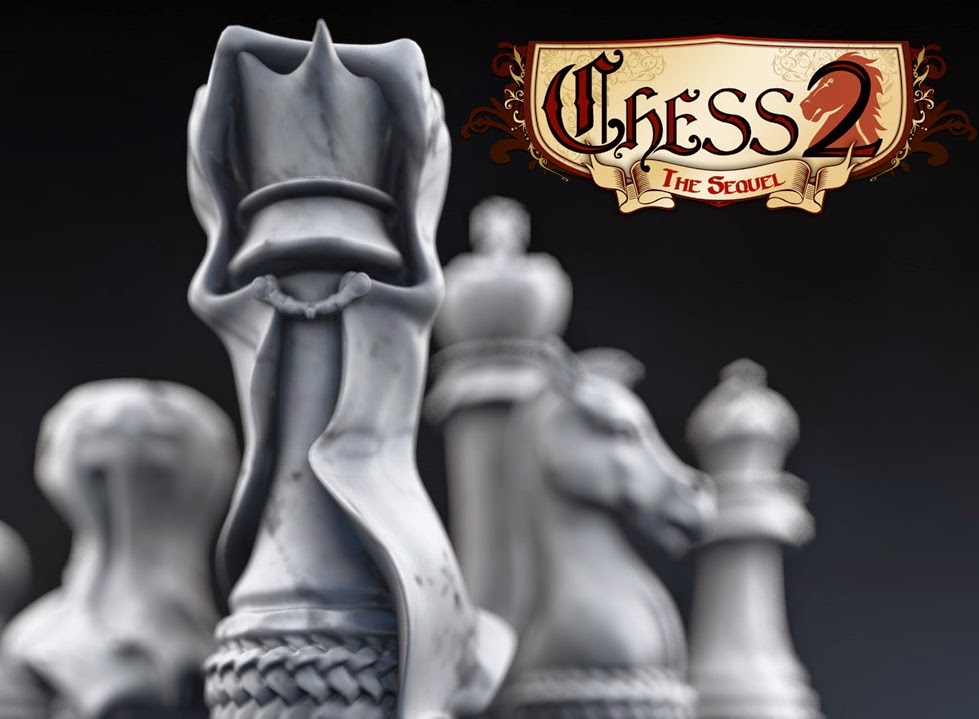 Chess is a revered game-called-sport, with a place in culture is perhaps unmatched by any other pastime. Champions and ‘grandmasters’ are revered for their intellect. Names such as Bobby Fisher inspire images of greatness. It seeps through popular culture, from characters like Leonard and Sheldon on The Big Bang Theory referencing 3D Chess from Star Trek, Ron from Harry Potter and Pug in Raymond E Feist’s Magician showing the potential rewards from mastery of the sport.

Described as simple to learn but extraordinarily difficult to master, it is easy to understand why this brilliantly balanced turn-based strategy game has remained as popular as it has. Centuries old, multiple attempts have been made to expand upon its established structure. Unsurprisingly, tinkering with the core mechanic is difficult and none have actually succeeded in improving on the formula. This this context it is clear that Chess 2: The Sequel has embarked on a truly ambitious process as it attempts to revolutionise the pieces, rules and strategies of the ancient game. And against all odds it is definitely not just another well presented, aesthetically pleasing chess clone.

(For another example of an attempt at modernising chess, consider Battle Vs. Chess) 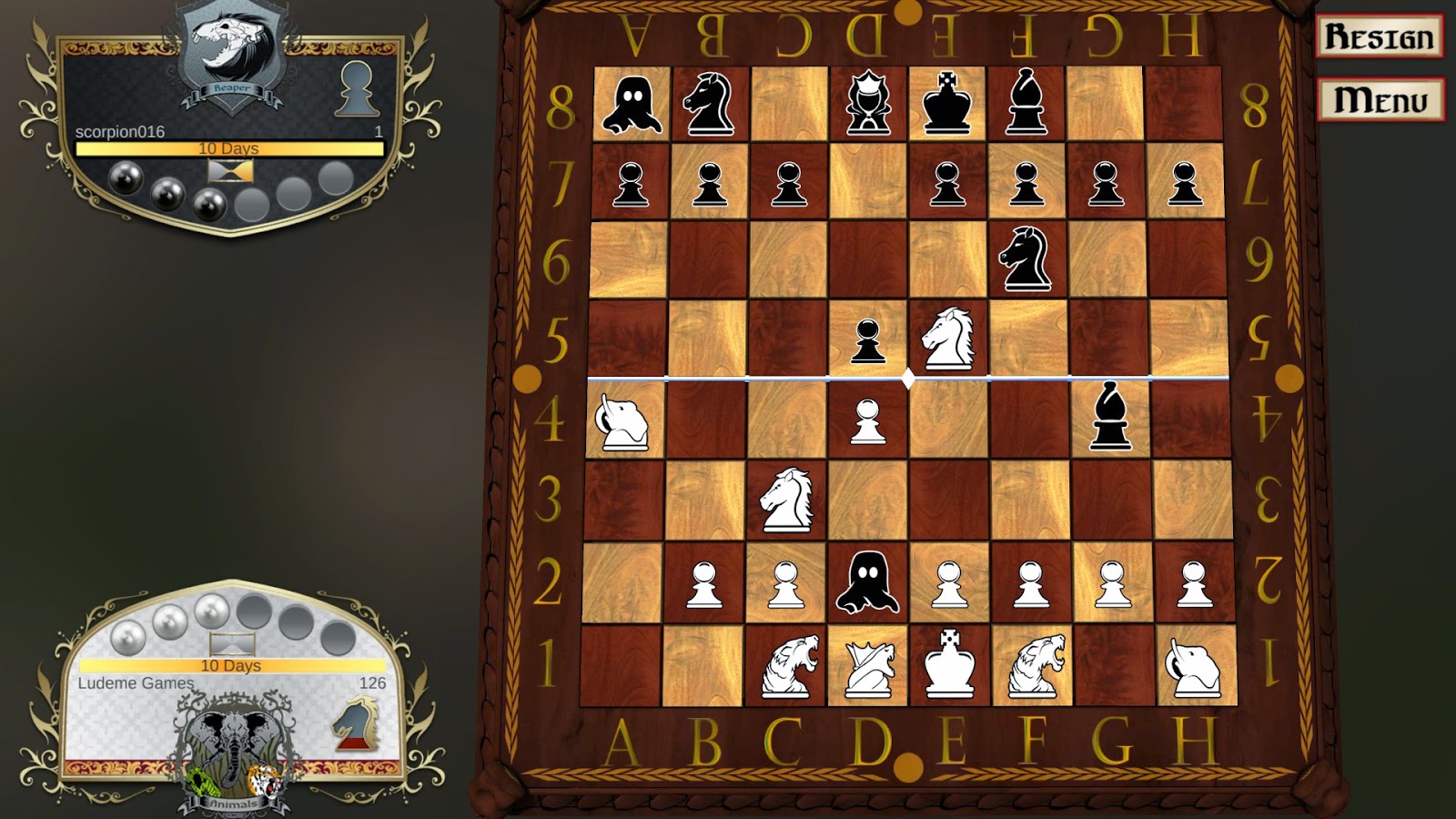 So what can you do to chess to attempt to make it a different, equally brilliant challenge? The answer here seems to be to change the role of pieces and the threat they pose. In Chess 2 there are six different armies. Each with its own rules, strengths and weaknesses. Let’s start with the familiar. Classic, with the traditional army and move structure. This is the only form that allows maneuvers such as castling and the traditional powerful, intimidating movements of the Queen. Another army is “Empowered,” where the Bishops, Knights and Rooks gain each other’s movement abilities when adjacent to each other. Other armies are even more out there, such as one with two kings, another with different animals including a Rhino that can rampage through more then one enemy square at a time, and even a haunted army that features Bishop level pieces that can neither take or be taken.

New rules on piece movement and threatened spaces in itself may make the game unbalanced, so further intricacy has been built in to balance the strategy out further. There are now multiple conditions that can now generate a victory. For instance, mobilising the king (or both of them) past the midpoint on the board now generates victory. Additionally, a duelling/ gamboling mechanic has been built in. An in-game currency (stones) starts out small but is boosted through removing Pawns and can be used to destroy the attacking piece in any given battle. The new mechanics can be very tricky to master – the Rhino charge, for instance, results in friendly fire. Another army’s King has the ability to perform a whirling attack that destroys ALL adjacent pieces. The decisions for sacrificing pieces, of risk versus reward has never been higher.

So how does it play with all these new pieces? Faster then traditional chess. With the increased range of strategic opportunities that come from the different armies, one would imagine the game could be much longer in play. However the victory condition of passing the midline, as well as the possibility for multiple pieces to be negated in a single move, results in a much more urgent tempo. Pieces are animated gloriously, and compliment the easy to use, responsive and intuitive interface. 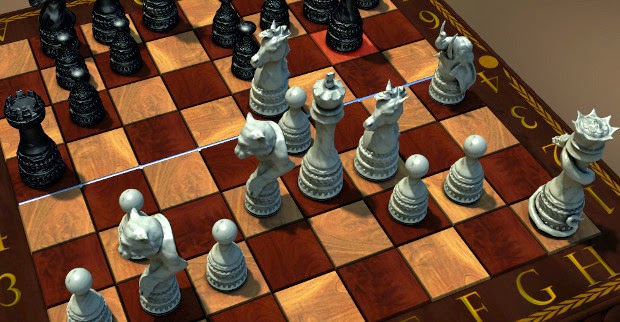 The added complexity of learning the role of the new pieces is offset by a simple, easily accessible tutorial. However, it does assume a basic understanding of the traditional rules of chess, so may alienate those completely new to the game. Legal moves, however, are distinctly highlighted. The online play also runs like clockwork, with the promise of both ranked competitive play and casual fun with friends.

And now for issue I have with the game. Unfortunately it happens to be a philosophical and ethical issue. The changes to the base game are extensive enough that it no longer feels like chess and it feels a little dishonest for it to be sold as such. A fun, challenging game played on a 64 checkered square board, yes. Innovative and truly unique, yes. But there is no way around the fact that competing against different armies and fighting against pieces with abilities that are not universally shared creates an uneven battle. Regardless of the fact that the game has evidently been extensively tested to ensure as much balance as feasible, chess is a battle of intellects where, from an even starting position players take turns in an contest to outmaneuver the other. Whilst intriguing and challenging, a Rhino rampaging through two Pawns and a Rook whilst the other army is utilising one of their two kings to destroy all pieces adjacent to them like a dervish of death, the game distinctly loses its soul, its x-factor, and any semblance of an even battle.

I acknowledge the pedantry of this gripe, but the flow on effect is that the developers ensure that more then one person purchasing the game will not be aware of what they are getting into. A brilliant game with new mechanics that purposely attempt to divert away from chess could sell on its own merits, rather the rely on the reputation of the game it is so eager to alter.