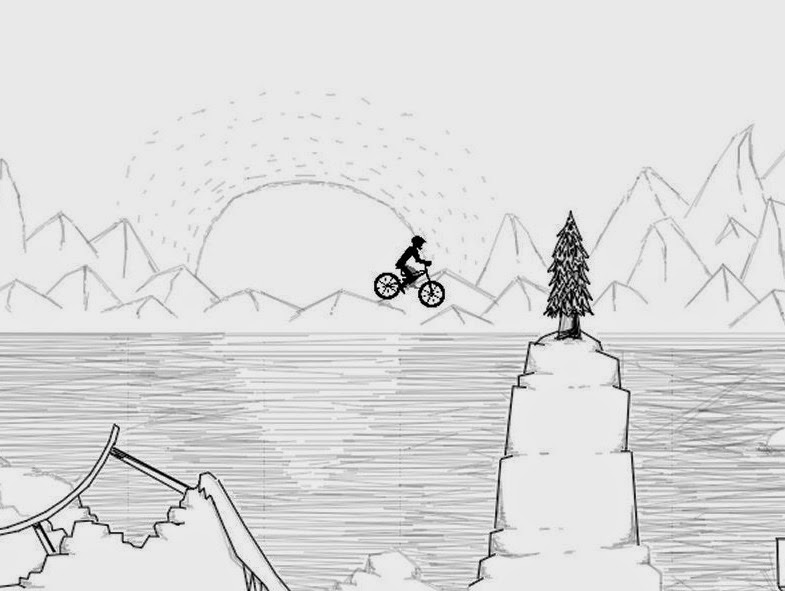 Imagine a game which was all about a combination of momentum and precision. A game where players have themselves a bike to control, and had to carefully judge the speed of said bike based on the angle and distance of a wide range of jumps and stunts that they need to execute. A game where the physics engine is so brutal that the slightest unbalancing results in an instant fail.

Now imagine if that same game had a framerate that stuttered as soon as there was any kind of detail in the backgrounds or environments. Imagine just how hard it is to be precise when all you’re seeing on screen is a character stuttering back and forth. 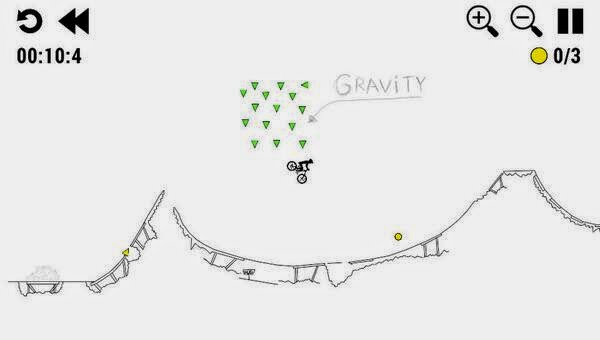 Now in all fairness I’m going to freely admit here that I’m not especially good at these stuntbike-style games. But I can get through them and enjoy myself if they’re made as well as, say, the Trials games. When the game’s engine is the one causing me to make mistakes, though, I start to swear at the screen. And then the temptation to through the controller through the wall starts to grow in me. Do you think the developers would reimburse me if I smashed the Vita into a million pieces because they can’t optimise it well enough on the platform?

This is a port of an iOS and Android game, but I can’t be bothered downloading it on mobile to see if it’s a problem that’s universal to the game’s engine. I don’t bother because even if the game ran at a slick 60 frames per second, or whatever number is meant to be standard these days, Skeleton Rider would still be a mess of a game. 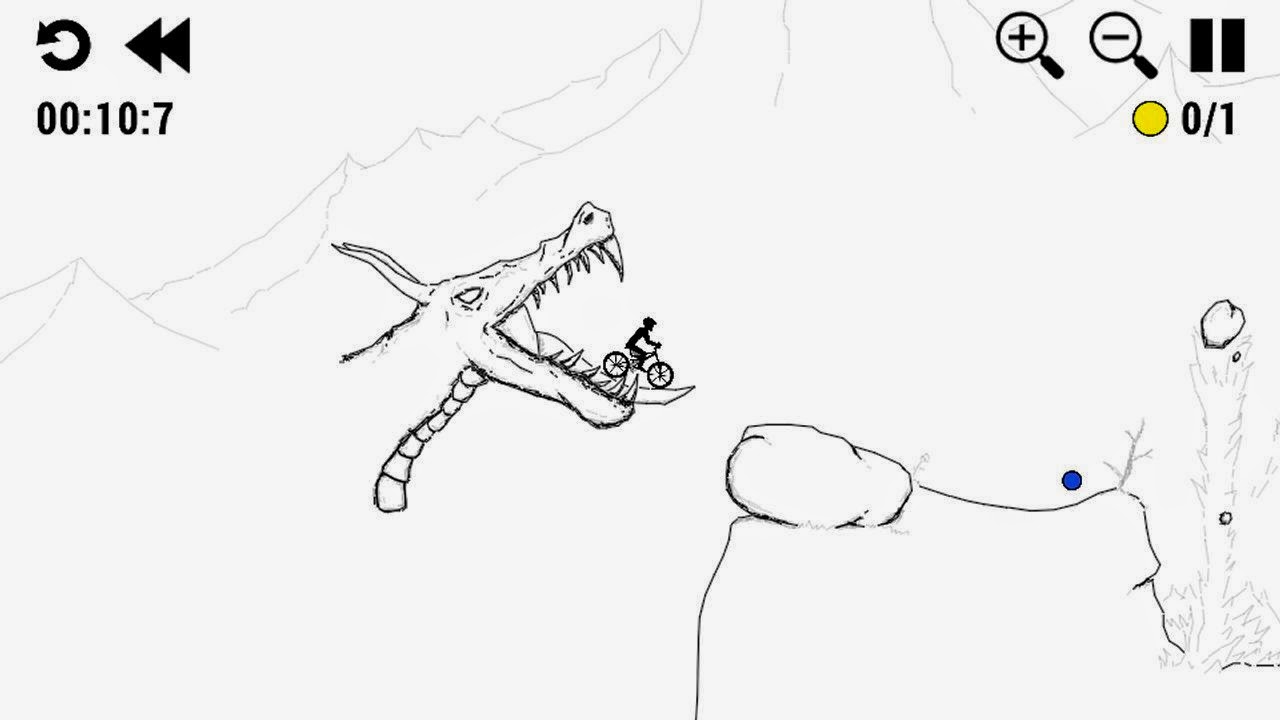 It makes no sense that it’s called “Skeleton Rider” for a start, since the character that you’re in control over is a little colourless stickman, and there’s no story or context explaining who is is or what he’s doing. The game’s menus are cheap and bland – exactly the kind of thing you’d expect from a bit of shovelware on iOS.

And then the levels make absolutely no sense whatsoever. Some of the levels, for instance, are remarkably detailed, beautiful sketch-style tracks set in real world-style forests and mountainous terrain. And then the next level will be a completely blank screen with a single line on it – the one the bike’s meant to ride along – which could only possibly have been designed by one of the developer’s kids, it’s so juvenile. And then the next level has weird monsters and stuff in the background. 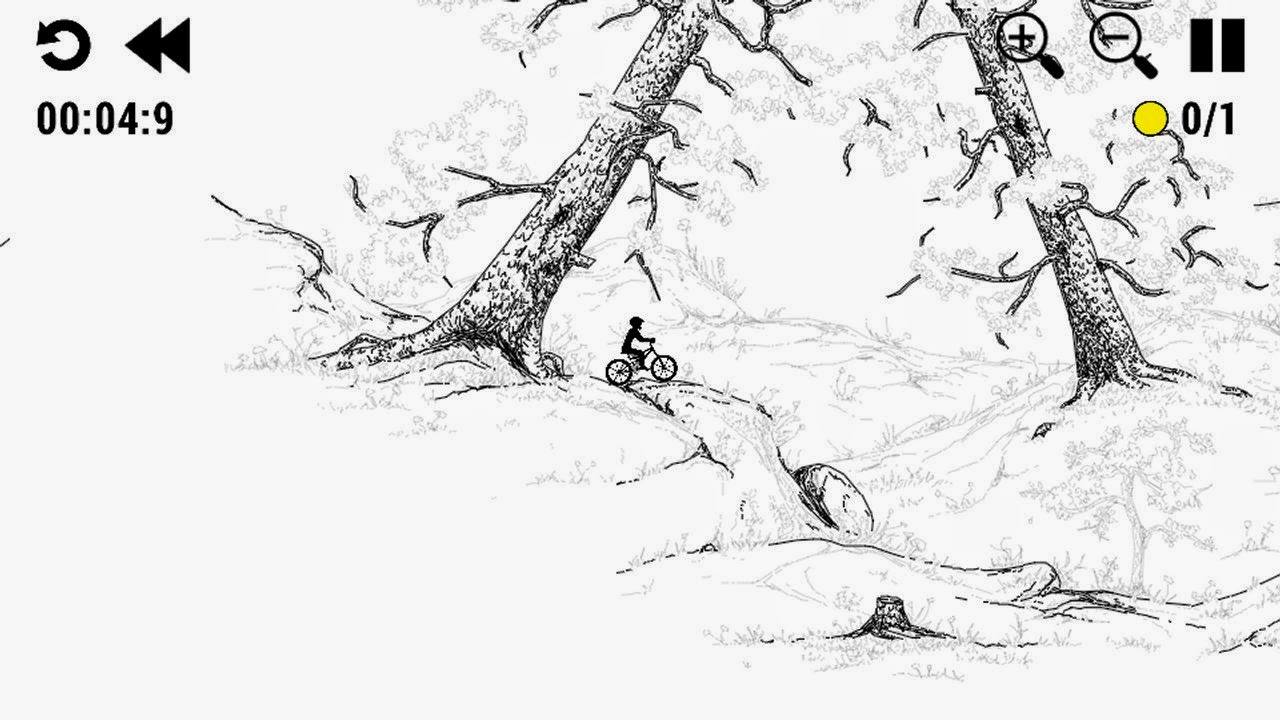 (Without passing judgement, there are also allegations of plagiarism behind this game and its Android/ iOS App store version. That would certainly explain some of the inconsistencies if true)

Skeleton Rider is a game that every aspiring game developer should play. Not because I hate them and want them to suffer as I did to write this review, but because this game teaches us so much about what is important about game development; 1) if you’re going to do something strange (like change the environments completely from one stage to the next) then explain it somehow. Context is important. 2) Be consistent. This doesn’t mean you need to be repetitive, but you can’t go from having detailed environments to absolutely nothing in the span of 10 seconds of gameplay.

Oh, and 3) if you’re going to demand that players have precision and accuracy, don’t throw them into an engine that facilitates neither. That should have been basic logic.