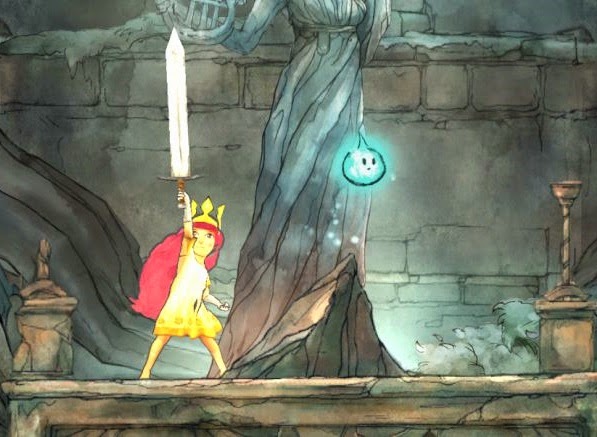 Child of Light blew us away when it was released on the various home consoles not long ago. Beyond the fact it was visually beautiful, the game featured a breathtaking soundtrack and an intelligent, articulate, and creative approach to storytelling.

That Vita has a beautiful screen to be sure, but the rich artwork of Child of Light deserves a big screen. There are details in this game that simply cease to exist when on a screen the size of the Vita’s, and the lead character, Aurora, loses a lot of her personality with the reduction of detail. It’s still a beautiful game, don’t get me wrong, but it’s almost painful to know that such a beautiful game loses so much impact when compressed so far. 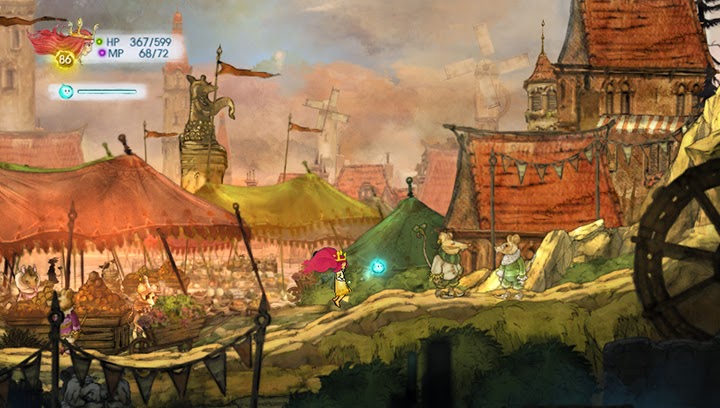 None of this impacts on the playability of the game, mind you. Child of Light was always a game that encouraged exploration, and all of the subtle visual hints that would suggest I could drop into an area and find some hidden loot remain there. Enemies are still a varied and colourful bunch, and the overall aesthetic is still effective in giving players a sense of fairytale and wonder.

As a game, Child of Light plays as well on the Vita as on other platforms. The combat is both interesting and engaging, playing out very similarly to the old ATB-system Final Fantasy games – turn based, but on a timer, requiring that players think quickly but affording them a great deal of flexibility with regards to their approach to strategy. There’s also a wide range of characters to team up with, and each one adds something new to the party’s overall strategy.

As I argued in my review of the PlayStation 4 game, I do feel that the combat is a bit superficial, in that I was so engaged with the narrative and exploring the environments that I felt the battles pulled me away from what I really wanted to do in the game; explore it. Even on the most difficult setting these battles aren’t especially challenging, and they’re infrequent enough that the game never feels like a grind, but I do still feel that if Child of Light has a conceptual weakness, it’s in those battles. 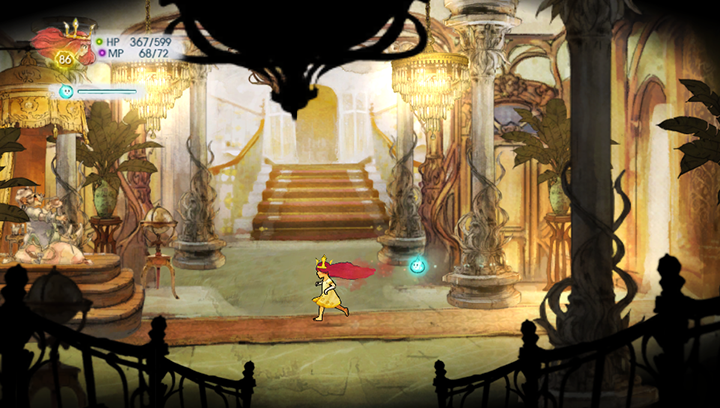 It’s a minor irritation, but it should also be mentioned that there’s no cross-save compatibility between the Vita version and the PlayStation 3 or 4 games. Given that the most tiny of indie developers is implementing this into their games, and other games such as Atelier Rorona has even extended the idea to being able to share items between entirely separate games, it’s quite disappointing that Ubisoft couldn’t include this basic feature.

So Child of Light is an inferior game on the PlayStation Vita, but only when compared to itself on the home consoles. The core game is as artful and superior as ever, and it’s still better than 99 per cent of other games you can get on Sony’s handheld.