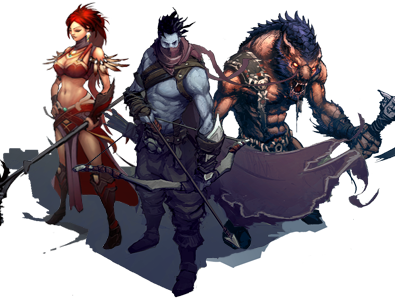 If there’s one trend which I don’t like about modern Western RPGs, it’s the increasing amount of darkness and moral ambiguity which developers are gravitating towards.

It just so happens that games like The Witcher, Dragon Age, and Diablo, embrace the themes of gothic fantasy with the RPG genre so effectively that we rarely see developers aim to take the genre in a more lighthearted fashion as we see the Japanese (aside from Dark Souls) produce. And with a name like Shadows: Heretic Kingdoms, one would be surprised to find that this new isometric RPG from Games Farm offers some new approaches to the genre.

The game starts off with the summoning of a demon by a hooded man. You play as this demon, known as the Devourer, who lives off other souls and is able to possess the bodies of strong willed heroes. Early in the game you make a choice between host bodies (affectionately dubbed “puppets” by the game) in a rather novel interpretation of class choice. Players can choose between Kalig, a barbarian betrayed by his son, Jasker, a ranger and undead slaver, and Evia, a betrayed royal and wielder of fire and sand. The question for me wasn’t so much “who to pick” as it was “why would anyone not pick Evia”, but unfortunately the sorceress isn’t available in the early access build. Deciding I’d play against type, I went for Kalig, the barbarian. 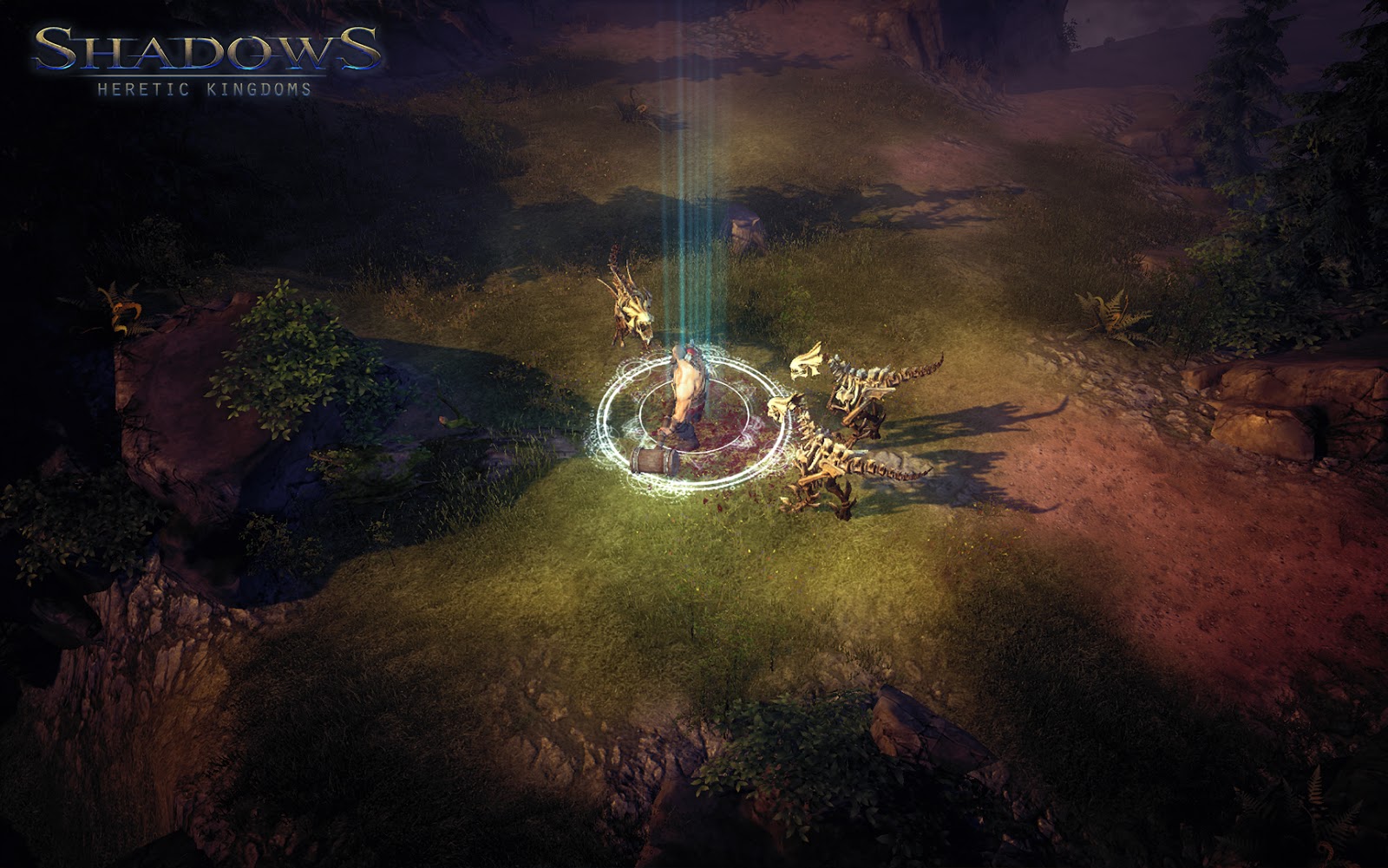 My first impression of the combat was how slow paced it was compared to other isometric RPGs. Since the game is in an early access build, device optimisation is limited and the game suffers some issues rendering graphics at an adequate speed. Even without the frame rate issues however, Heretic Kingdoms would be a slow game. Kalig’s weapon has a weight to it which, while flavourful, makes ploughing through enemies a tad more bothersome.

A key mechanic in Heretic Kingdoms is the ability to switch bodies at will between the Devourer and any souls you possess. This plays a huge part in solving environmental puzzles and accessing otherwise blocked off areas that only humans or demons can reach. The two worlds are for the most part very similar, but enemies and interactive objects differ between planes. Whilst the demon world had phantom enemies with varied attack patterns, the corporeal one was completely infested with spiders. Tackling dungeons in human form also gives the player access to a tonne of breakable objects including jars and boxes, some of which contain gold or crafting resources. In true RPG kleptomaniac fashion, I set off breaking each and every object I could find.

After a half hour trek through the introductory dungeon (there were a lot of jars), I was introduced to the bustling city of Thole, an Arabian themed trade locale beset by a long siege. There is a keen attention to detail in the city’s design which makes exploration engaging, with an abundance of side quests. Said quests are thankfully not arbitrary, as some RPG quests tend to be, but instead tie into the game’s narrative. Fetch quests are forgivable when the quest giver’s plight is imbued with emotional significance, and trade chains are actually engaging when the trade coupons are clues in a corruption scandal. The writing is superb and makes the game’s setting come alive. 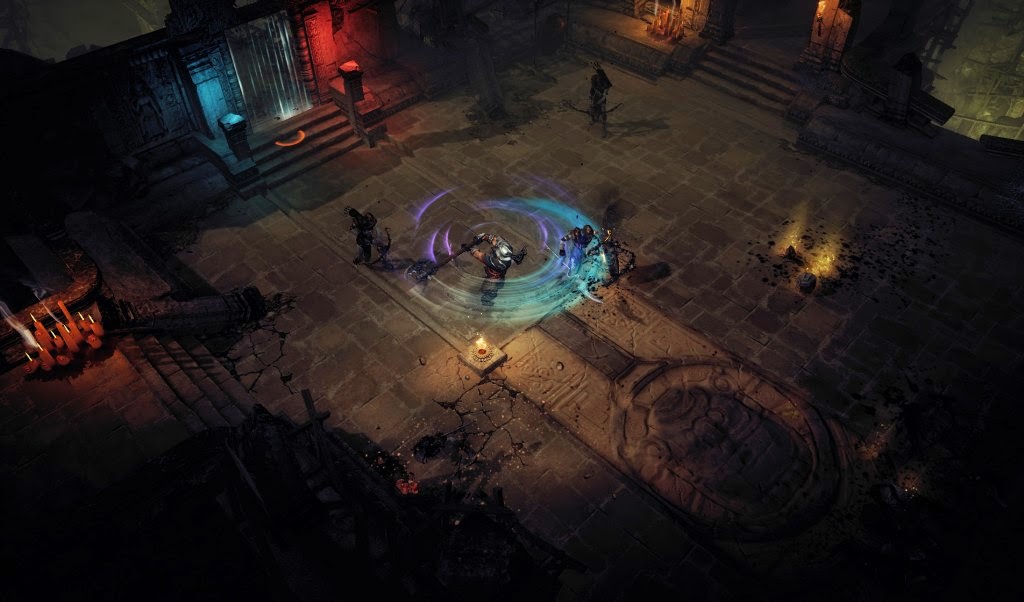 The same can’t be said for the combat, however. After a quick glance of the skill tree, I found the standard area-of-effect attacks and passive stat boosts, but never noticed anything which made me jump and say “I can’t wait to try that”. Looting is similarly basic, as items are not randomly generated, or at least not to the extent of other games. While it’s a relief to not be sorting through the likes of “Runed Enchanted Cast-Iron Shield of Fortitude +3”, the lack of variety in looting made opening each successive chest a little less exciting.

There is no mana bar to speak of, and all skills operate on a MMO-style cooldown system. The blue bar underneath health is actually the Devourer’s collection of souls, which are gained from defeated enemies and can be expended to recover health points and revive fallen host bodies. This adds a compelling risk-reward dynamic to combat: constantly expending souls can make your avatar near invincible, but the consequence of running out is that you’ll need to defeat more enemies, and this is a hard ask when low on health.

At this point I found that while host bodies can be revived indefinitely, the Devourer’s death means an instant game over. And death means returning to your previous save file, which in my case, was nonexistent. I took a break, and upon returning I decided to try out Jasker instead. 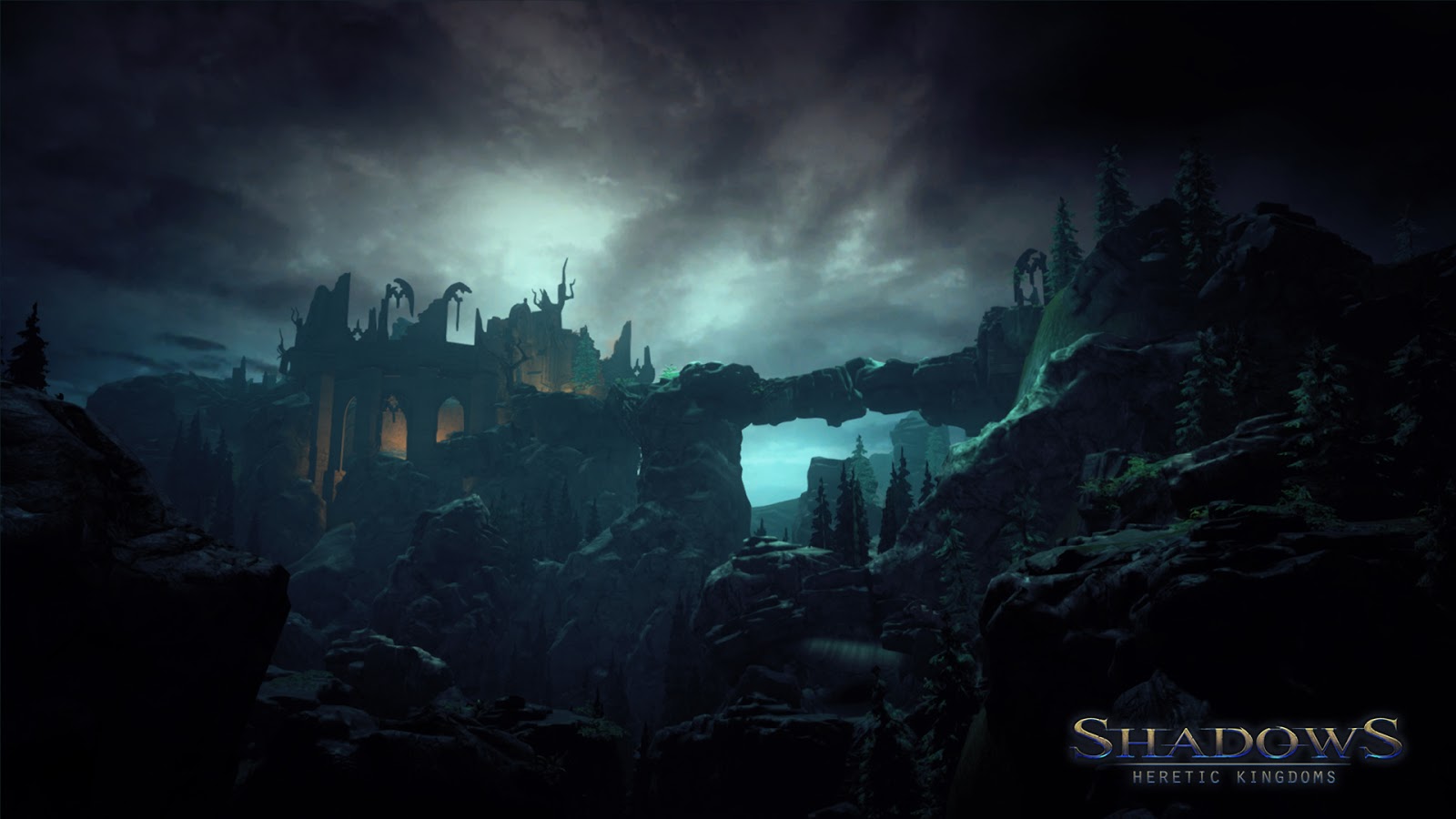 While Jasker is a faster character, combat is still slow compared to other games in the genre. The interesting result of the demon possession mechanic however is that the narrative for Kalig was largely different to Jasker’s. It is explained in universe that the demon cannot fully control the wills of his puppets, and so the game develops a kind of dualistic narrative between what the Devourer wants and what the main host body wants. Kalig’s story is one of revenge, as he aims to seek out his betraying son and avenge, well, himself. Jasker’s is more woven into the game’s intrigue, introducing the player to the various races, clans and political struggles. While most of the sidequests remain the same, the dialogue is completely different and you’ll be undertaking the quests for different reasons depending on your character. There are also quests which give you branching choices and, thankfully, there’s no morality meter to manually manage to break the immersion by mechanically forcing you to make certain decisions.

After a few more dungeons, the gameplay never improved but the story kept drawing me in. There’s a certain humanistic quality to the writing which raises it above the standard “there’s something threatening this world and you need to go kill it” story that many games of this genre boil down to. Towns actually became more interesting to explore than the dungeons, and you’ll rarely find an RPG where this happens.

Of course, Shadows: Heretic Kingdoms is still in an early access build, so we will likely see gameplay enhancements somewhere along the line. In an odd way though, this game’s slow pacing actually works to its favour and forces the player to pay more attention to the narrative and the atmosphere. The initial chapter on offer already forms the foundation of an intricate world laced with political conflict and personal struggles which is compelling all on its own. It might not have the sheer accessibility and addictiveness of Diablo, but Games Farm is well on its way to creating a world worth setting foot in.