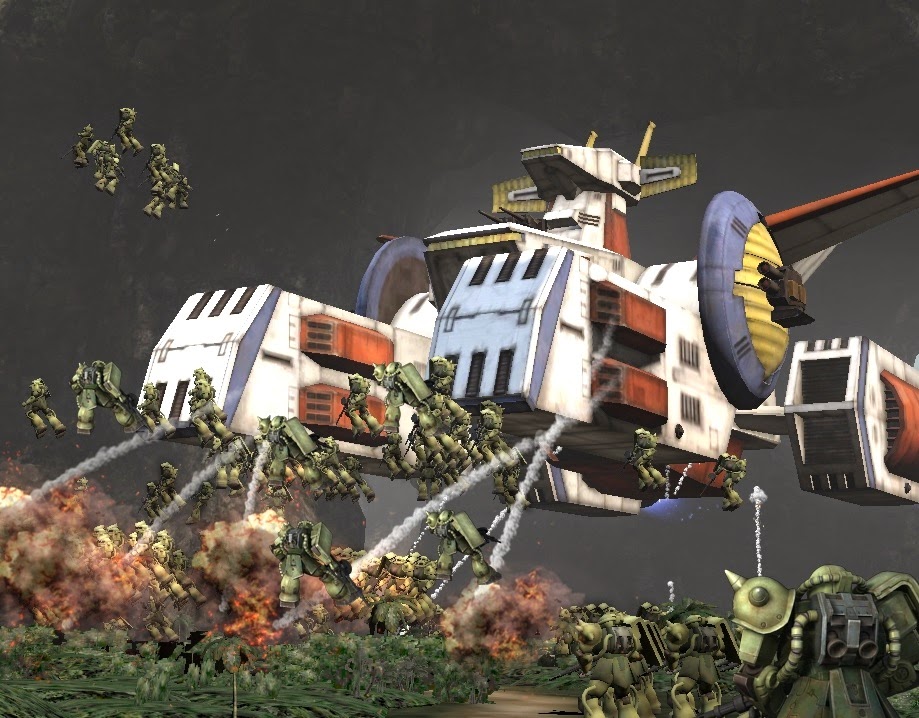 The commitment to the popular and long running anime and manga franchise by the developers at Tecmo Koei has to be noted up front; Reborn contains full story modes that cover multiple itirations of the Gundam universe. From the early days of Amuro Ray and the classic Mobile Suit Gundam right through to stories we’re following 30 years later, players will be able to relive favourite moments and regardless of who their favourite character is, they’re almost assured to find that character in here in some capacity.

The story is told through a mix of animated cut scenes and more typical dialogue sequences in which character portraits chat at one another. The good news is that if you’re not an existing fan of Gundam and, for some reason, have landed a copy of this game, then you’ll have no trouble understanding what’s going on. You might not appreciate the little nods towards fans that are littered throughout the game, and of course you won’t get the same depth of characterisation as if you read the manga or watched the anime, but we’ve seen so many licensed games fundamentally fail from the outset by assuming the player has existing knowledge of the material, so it’s nice to see Tecmo Koei cater to people getting into Reborn because they’re fans of Dynasty Warriors, rather than just the Gundam license fans. 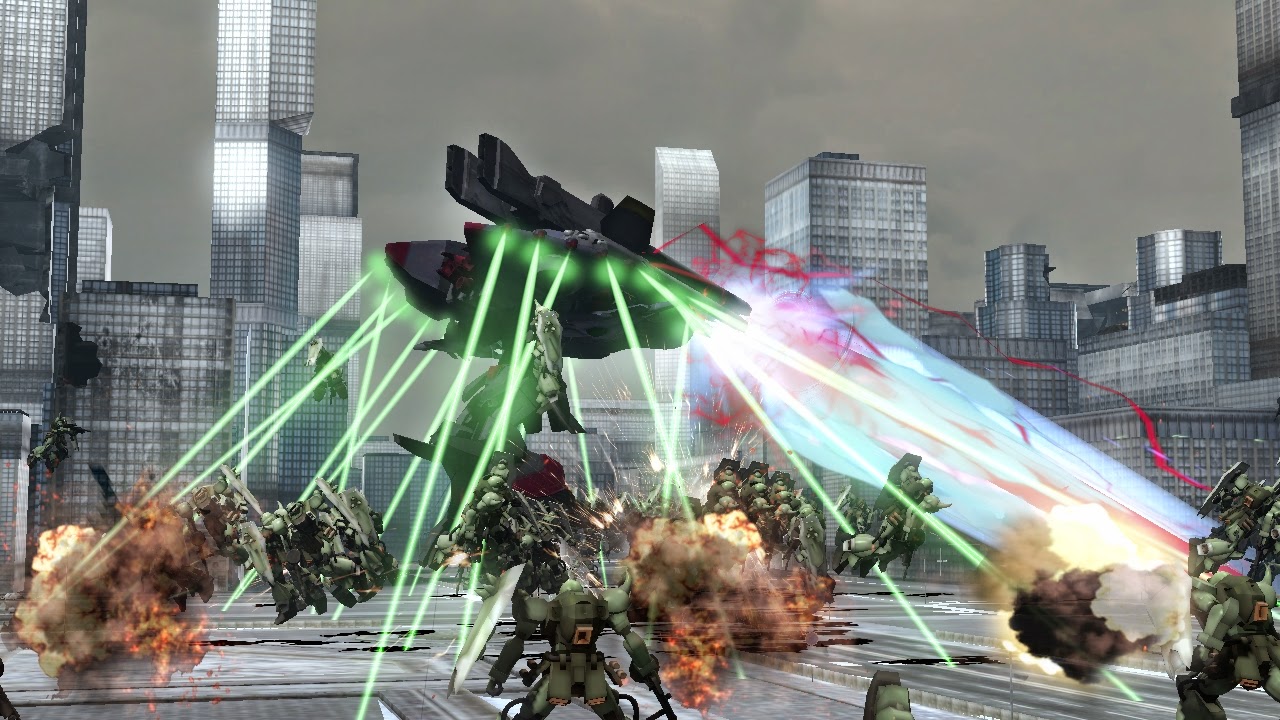 Once on the field of battle, there’s the comfortable familiarity of most Warriors games, spiced up with some unique features that give the experience a distinct Gundam flavour. In addition to the three standard attack buttons (standard, strong, and “super”) there’s a “hyper” mode that can be activated after an energy bar fills up during battle. This mode can also have a super move that can be triggered and will see an ally will launch a powerful attack that wipes out everything around them.

Levels follow a fairly standard pattern; players attack certain important points on each battle map to “capture” them. Once captured, a key point starts to generate friendly soldiers, which can tip the flow of battle in the player’s favour. Enemy heroes are looking to do the same thing, of course, so players will need to divide their time between attacking enemy positions are shoring up key defensive positions.

Most notable perhaps is the space battles. These still play out on a flat plain as though the soldiers are on hard ground, but there’s a great sensation of the space in these wide, open battles that is visually exciting, even if it doesn’t really change the gameplay in any meaningful manner. 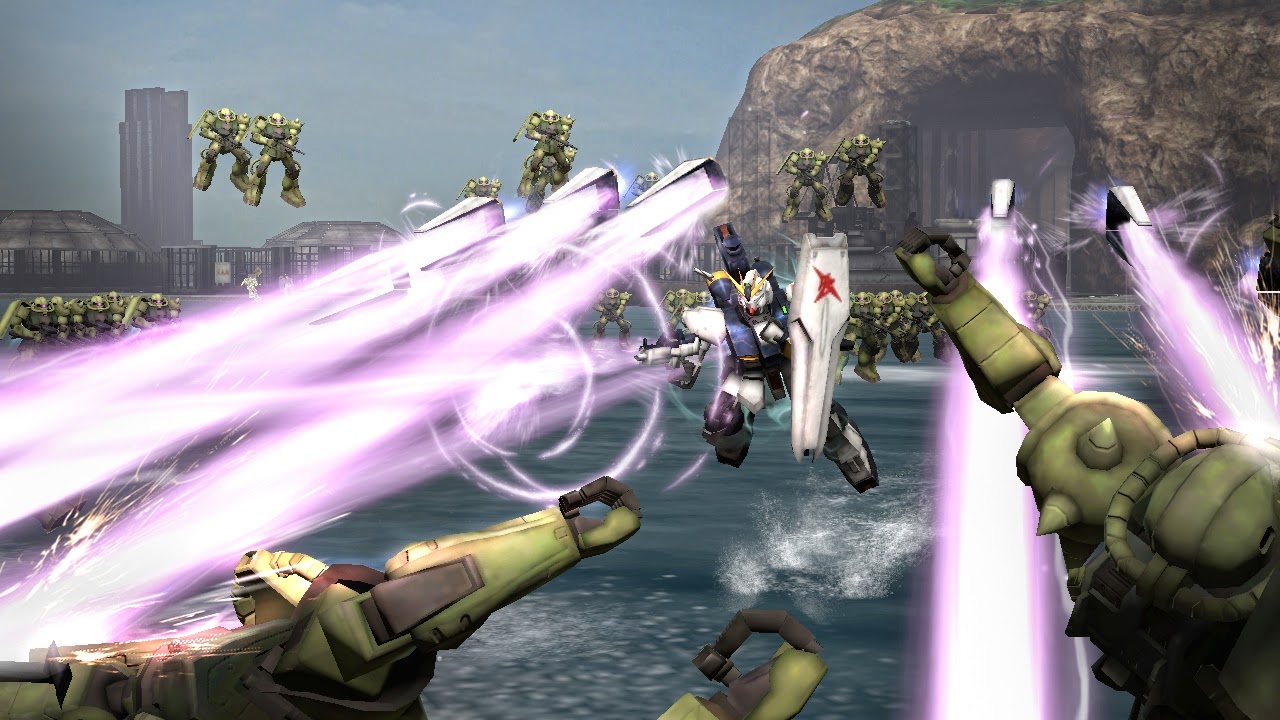 As with all Warriors games, it takes all of one battle to become comfortable with the combat system. Where a game like Dynasty Warriors 8 features a beautiful, elegant style of swordplay, Gundam Reborn instead has a sensation of weight behind it. Players are piloting heavy machines, after all, and while these machines are incredibly agile, it feels appropriate that the combat system has a greater sense of impact than in a game like Dynasty Warriors.

While in combat players can also earn upgrades for the many (more than 120) Gundam suits that they can acquire through the game. Each of these suits have different skills in combat, and it’s possible to combine upgrades to create even more powerful suits. It’s a complex system that allows for a lot of customisation, with the side effect that it requires a great deal of grinding to create the most powerful suits possible. Get hooked enough on this game and it will last dozens of hours.

Warriors games are best enjoyed with friends, and Gundam Reborn has both local and online co-op as has become standard for the series. With that being said, outside of the story mode, there’s a disappointing lack of supplementary content. Dynasty Warriors 8 has a load of content outside of the story mode, from the empire building mode through to the high score challenge attack. Gundam Reborn simply has an open scenarios mode in which players aren’t burdened by playing missions with specific characters. This lack of additional content makes the game feel more repetitious than it needs to be. 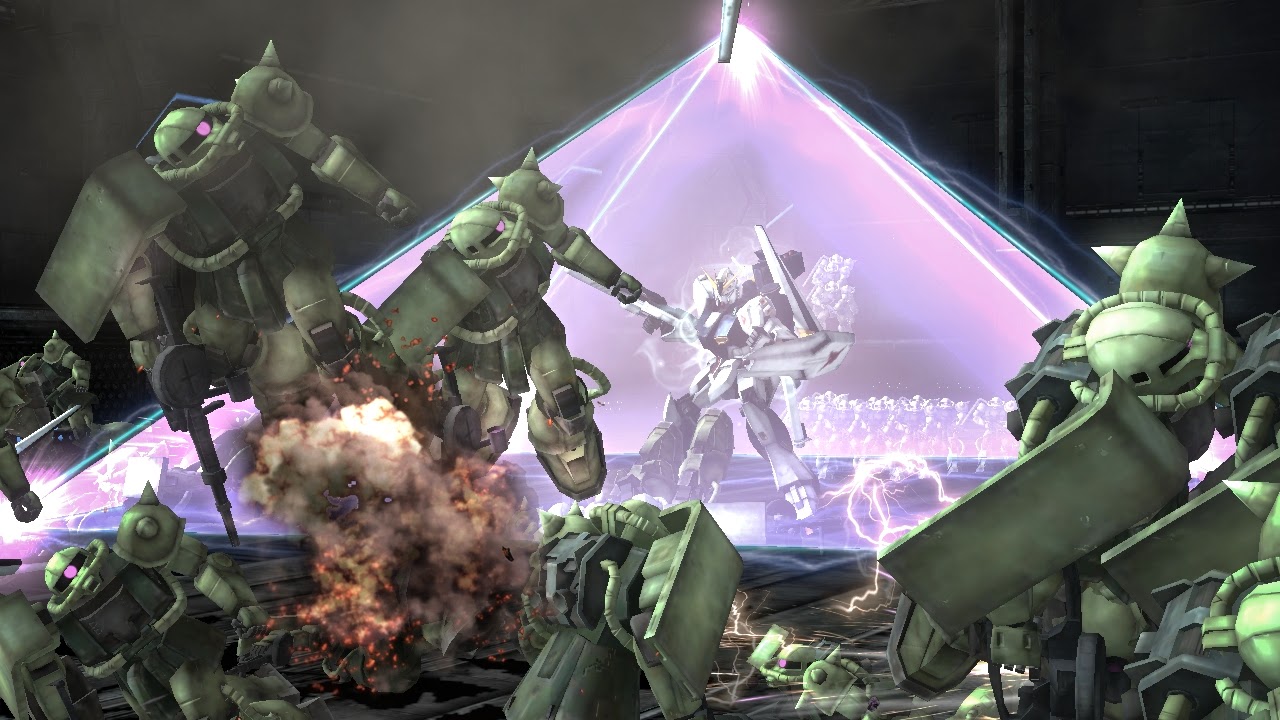 The previous Gundam game, Dynasty Warriors Gundam 3, featured a cel-shaded visual style that I really enjoyed, as it suited the fact that the game is based on a manga and anime series. Reborn aims for a more muted, realistic visual style, which helps give the combat a sensation of weight, but at the loss of visual vibrancy. There’s nothing wrong with Reborn’s aesthetics, but there’s also nothing standout about it, and with the Warriors series now moving on to the next-gen platforms, this is a game that looks a little dated on release.

While Gundam Reborn won’t be remembered as one of the finest Warriors games, it is nonetheless a genuine attempt to do right by the Gundam fans out there, and I can’t see said fans being disappointed by this package.

Natural Doctine is just around the corner