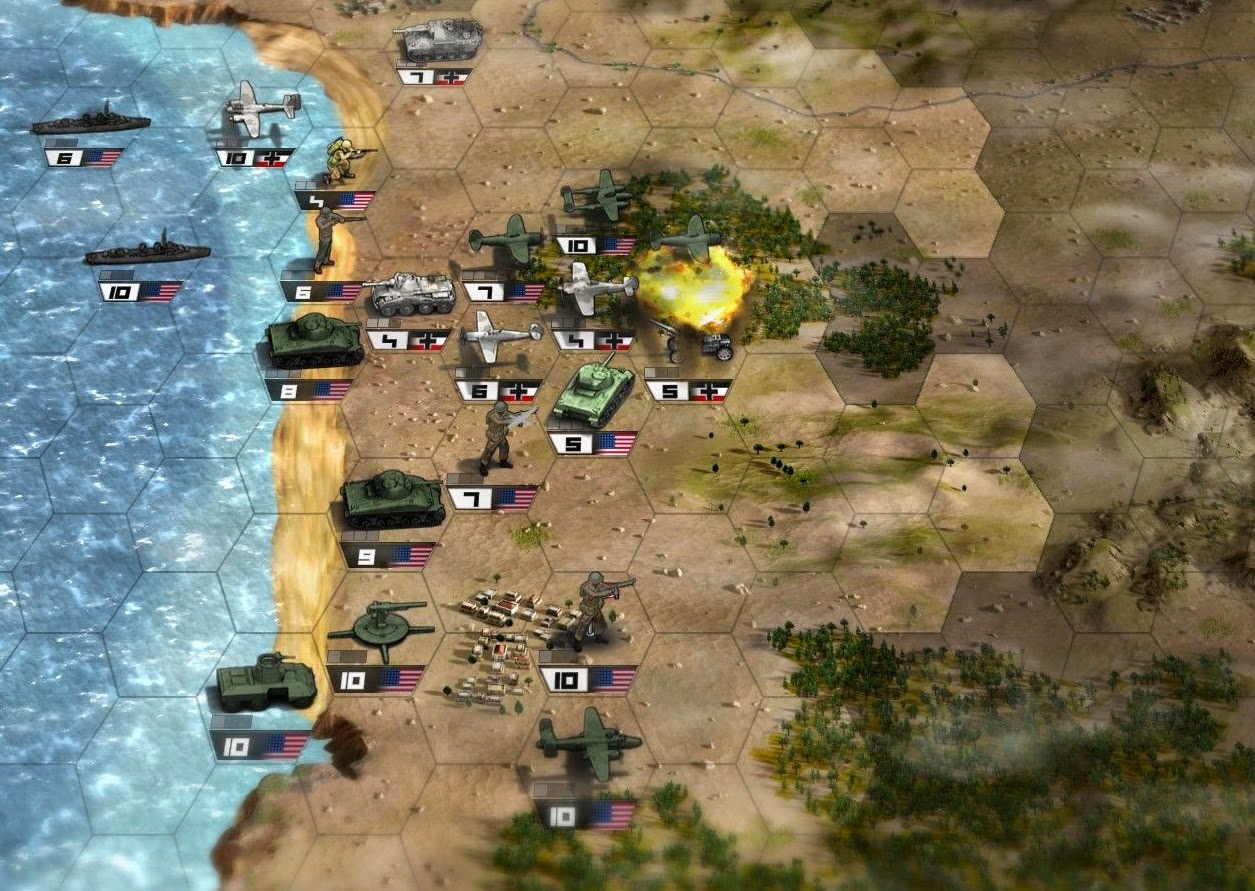 Panzer Tactics was a remarkably obscure tactical-level strategy game on the Nintendo DS. Heavily inspired by the classic Panzer General franchise, Panzer Tactics quickly fell into obscurity as a sad consequence of being on a console where strategy fans don’t generally go.

But now Panzer Tactics is on the iPad, a platform where we have seen success. Slitherine’s Panzer Corps is brilliant on iPad, and other games such as Battle Academy have proven that there’s an appetite for such games. The downside for Panzer Tactics is that in going from being a fish in a pond all to itself, making the move from DS to iPad is more akin to being a fish in a small ocean filled with sharks.

Panzer Tactics does what it sets out to do, without necessarily doing enough to stand out. 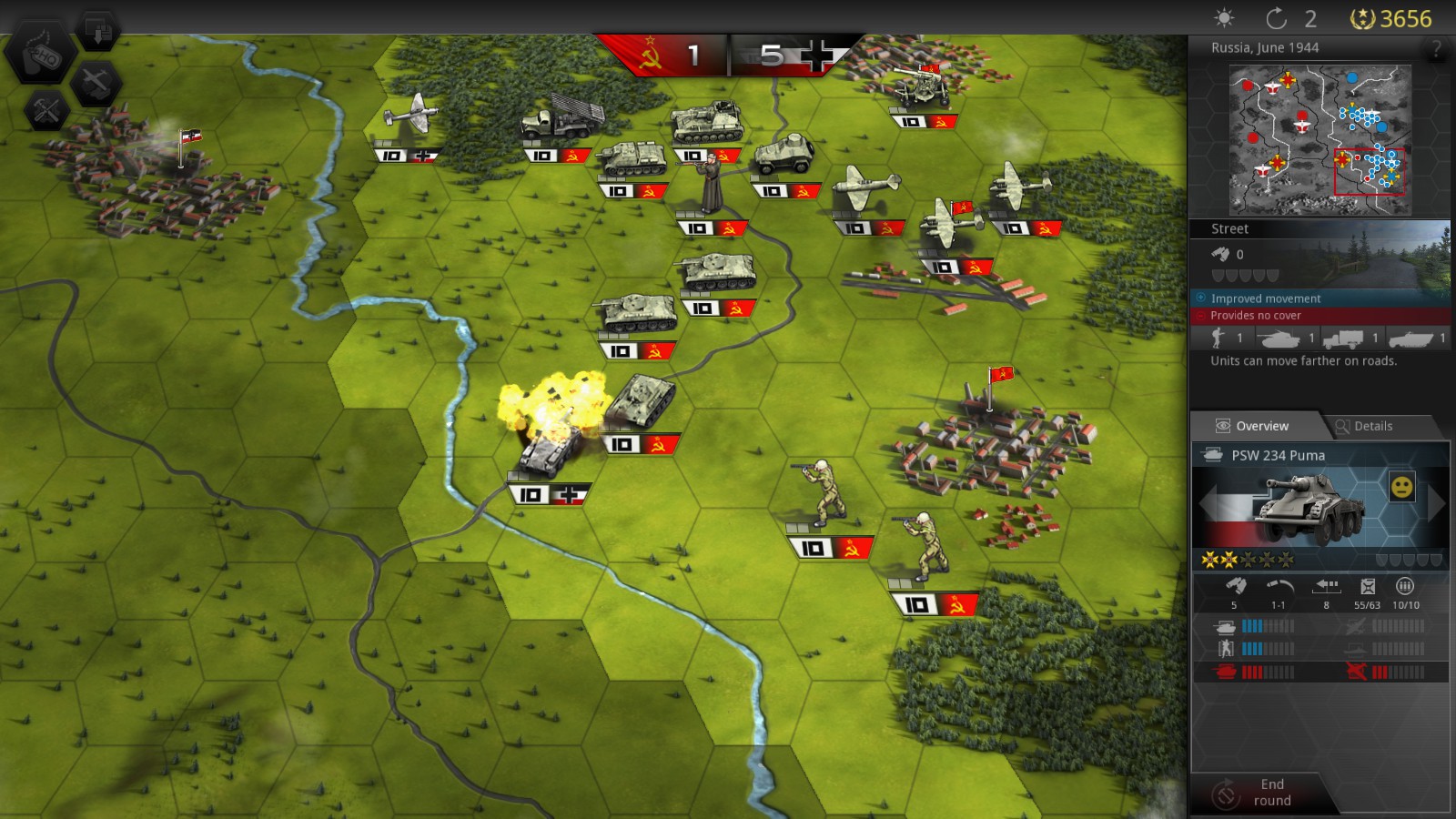 But let’s start on the “HD” that’s been added into the title to (I assume) attempt to justify the game’s re-release so many years after it landed on the DS.  Panzer Tactics does indeed look the part on the iPad’s retina screen. There’s not much animation (units simply slide around the map), but the map itself looks glorious, and the units are all highly detailed. Unlike the DS game, where I at times struggled to tell one unit from the next, Panzer Tactics does look better than its immediate rivals. I also appreciated the ability to pull the camera right back to see the whole battlefield at a glance.

In terms of the mechanics, anyone who has played a game such as Advance Wars, Fire Emblem, or Panzer General or Panzer corps will know how this game works. Combat plays out in a turn based fashion, with each unit having a range of statistics that determine how it performs when coming into contact with enemy units. Tanks do well against infantry in the open, but infantry in cities are tougher to take down. Artillery provides ranged support, while planes bomb everything underneath.

There’s a couple of more advanced strategies at play in Panzer Tactics. It’s possible to hide units in forests in order to create ambush situations, and it’s possible to make use of paratroopers to drop units behind enemy lines. There’s some fairly generous supply rules that can bite your strategy in the backside if you happen to forget about it for a few turns. It’s a more advanced game than some of the really casual strategy games out there, while never being as demanding as a full 4X strategy game like Civilization. 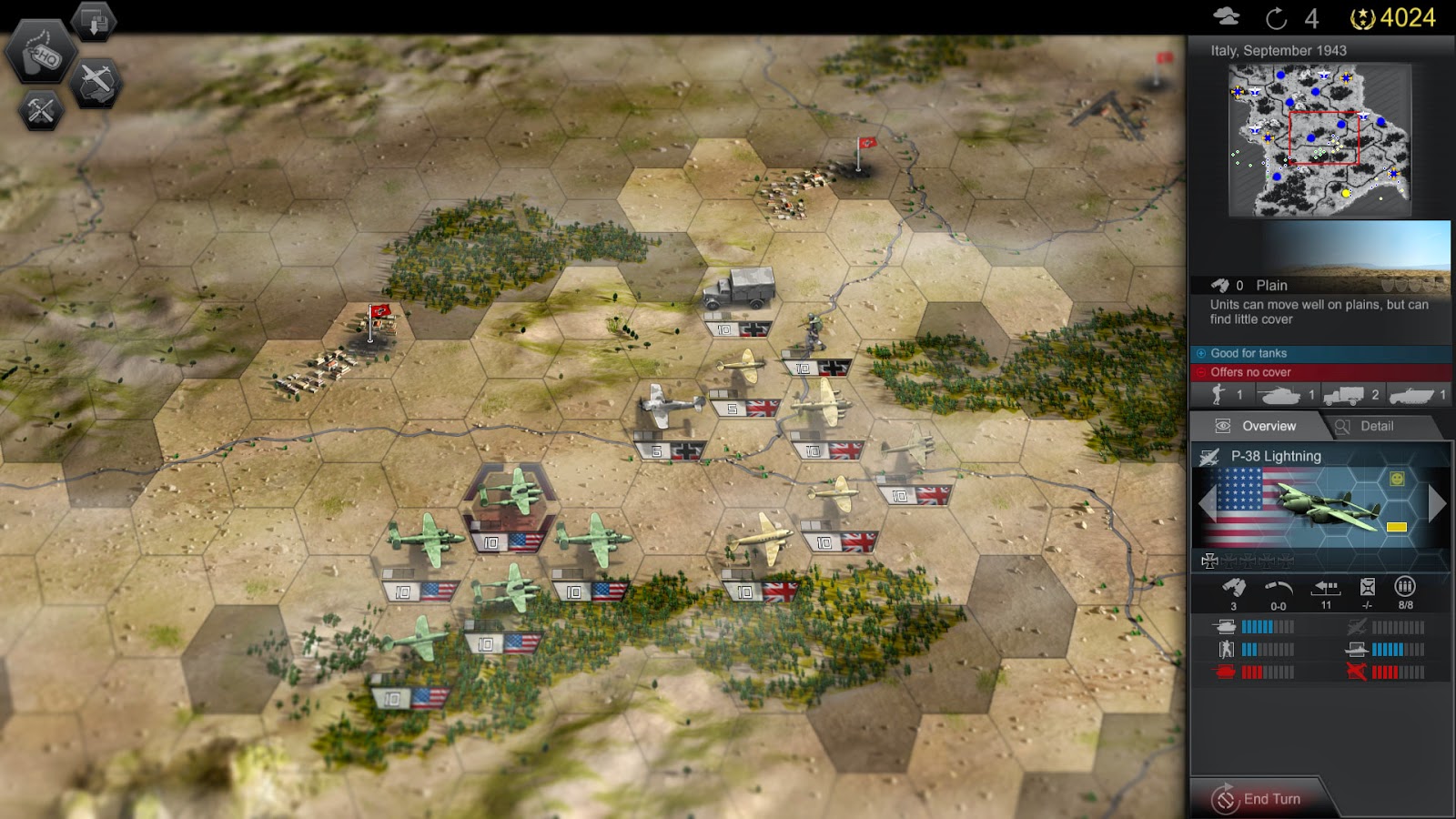 The game itself takes players through a couple of different conflicts during World War II, and gives players the opportunity of playing as either the Axis, Soviet, or Allies. I found it a little disappointing that after paying a relative premium for the base game, the only campaign available up-front is the Axis one. The other two are locked behind a DLC paywall. They are worth their price in terms of raw content, but I would have rather had everything in an honest, up-front cost.

One of the things I do like about strategy games is the ability to rewrite history. I prefer playing games like Europa Universalis IV because I like taking historically weak nations and turning them into superpowers. Games that sit at the more tactical level, such as Panzer Tactics, don’t allow that kind of reworking of history; for instance, you’ll never be able to have Poland end World War 2 before it starts by holding back Germany’s first advance.

On the other hand, the effort that has gone into recreating the history of the period is impressive. Forces are obviously abstracted, but their relative strengths are all represented well – the Germans really do have an impressive set of tanks, for instance. Unfortunately, Panzer Tactics’ biggest failing is that the AI just isn’t up to scratch against a seasoned strategy veteran. I floated through the campaigns without ever feeling too taxed. An online multiplayer mode would have helped mitigate this by allowing people to pit wits against other armchair generals, but alas Panzer Tactics is one of the rare strategy games that forgot the importance of online multiplayer. 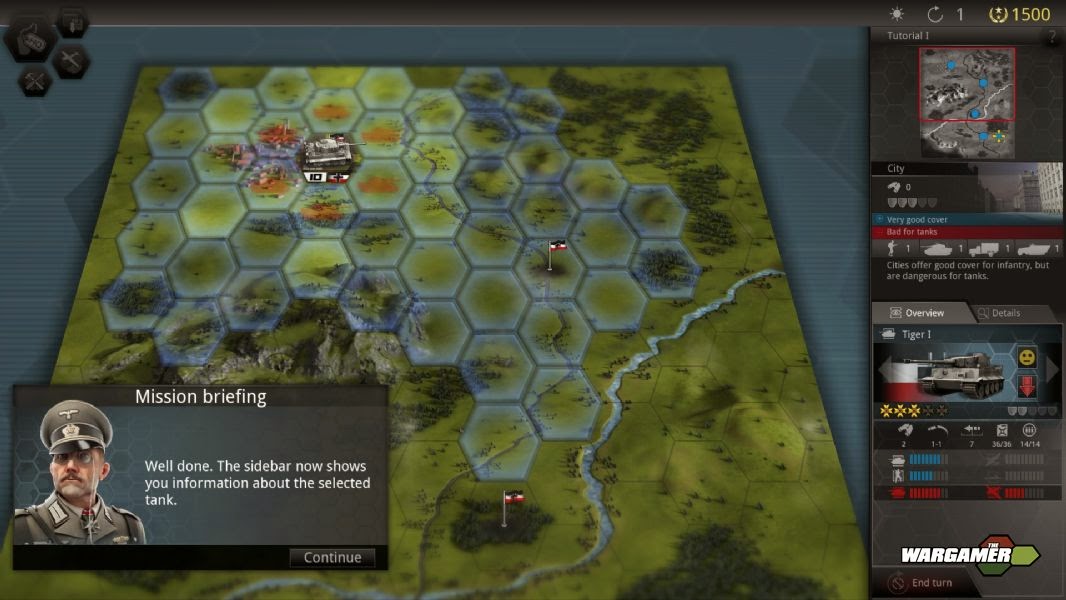 It’s that last fact that really hurts the game. I don’t know if the developer has a future update planned to patch in multiplayer, but until it’s there this game simply isn’t as worthwhile as some of Slitherine’s strategy games on iOS, which do include comprehensive multiplayer options.