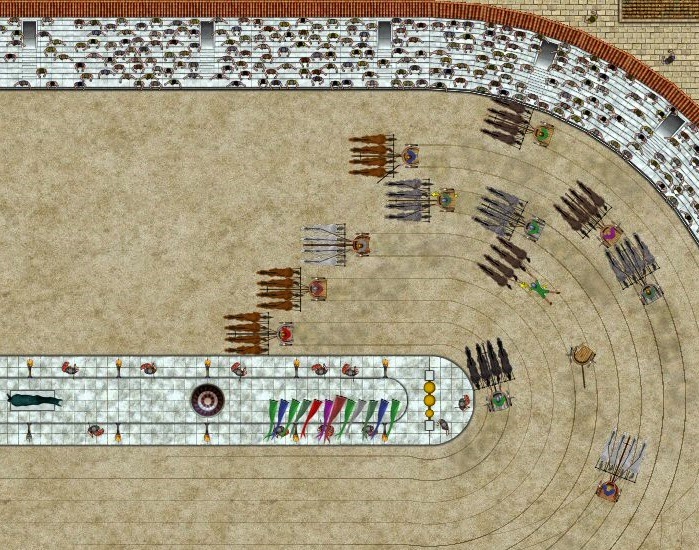 Qvadriga is a turn-based tactical strategy game about chariot racing in the ancient Roman Empire. Let’s let this sink in for a second; it’s a game that reduces one of the most chaotic and dangerous sports the world has ever known to a slow, turn based game. I’m not even going to pretend this game isn’t uber-niche.

That said, I really like it. Beneath some very spartan presentation (hah, it’s a pun and yes I know Sparta is ancient Greece, not Rome), is a classy, clever little game that had me on the edge of my seat. Over a turn-based game.

The game is split up into two parts – come race day you’ll pick a manoever from a limited set of options for your chariot, and then watch for 10 seconds as your strategy plays out. The different moves you can choose between range from the simple; you’re able to control acceleration and deceleration, through to the combative; you’re able to deliberately slam into enemies or whip them with the same tool you use to get your horses running faster. 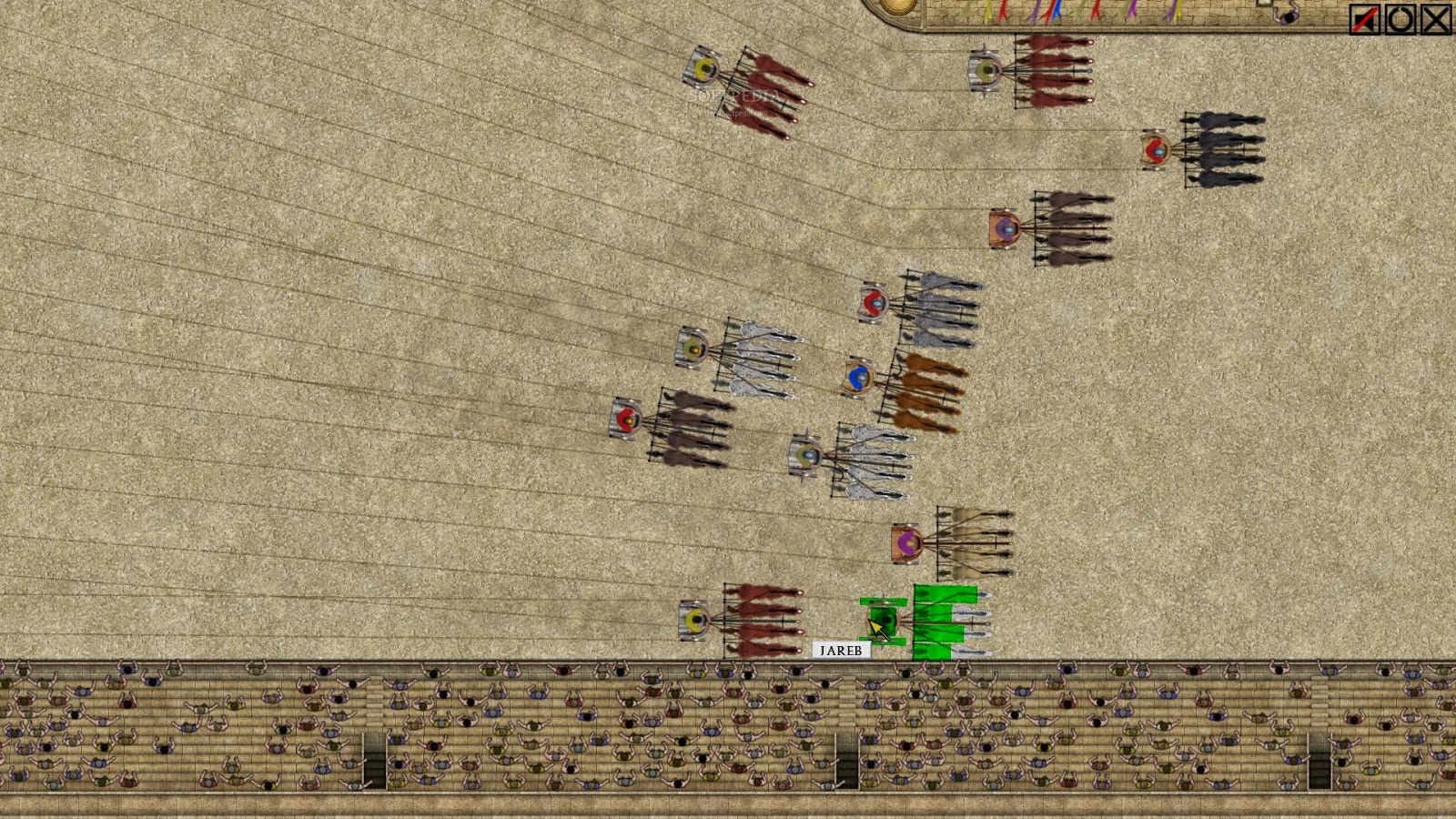 Then there’s the real strategy of the game – cornering. Hitting a turn too fast will cause your chariot to crash and burn (well, not burn, these primitive F1 cars didn’t exactly use petrol). You’ll need to either take a wide arc, or slow down to corner tightly. As with all racing sports in the world, it’s nailing the racing line that will determine who is successful and who comes last.

Within this basic context there are all kinds of strategic decisions to make; do you be aggressive with whipping your horses to race faster and risk hurting or even killing them? Before a race even starts it’s possible to gamble on the results, so do you bet big when you’ve got your best rider available for a race and risk losing everything from a wayward race?

Oh, I didn’t mention the management side of things, did I? Well, Qvadriga has a full simulation mode where you’ll take a team of chariot riders all the way around the Empire racing for cash, which can be used to upgrade chariots, replace fallen horses, and so forth. It’s a light touch sim game, but it gives each and every race meaning… especially when, as I said before, you bet money on the result before going in. 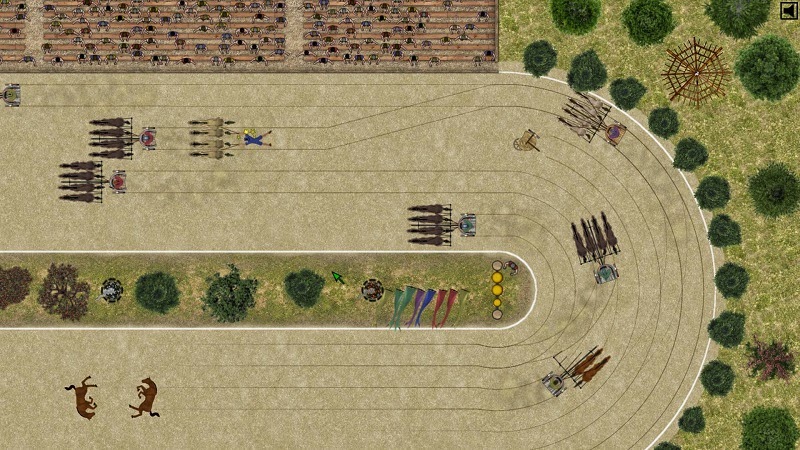 As far as strategy games go, Qvadriga runs quite quickly thanks to the a clean, fast interface and some very simple decision making going on in the background. In fact, the game has an “action mode” where players need to make decisions without the game pausing in a turn-based fashion. It’s still slow-paced, but it’s a nice secondary way to play which really does change the dynamic of the game.

However, as much as I enjoyed it, I can’t ignore the fact that it looks like a game where the developers forgot to swap out the prototype art for the genuine graphics. The top-down sprites and animations are downright amateur, and fails to capture the incredibly strong theme that a game like this should have.

There’s also a lack of multiplayer… and boy would this game have been special with multiplayer. If Slitherine had have implemented online teams and match gambling, for instance, Qvadriga could have easily become an online favourite.

Chances are you haven’t heard of Qvadriga before reading this review. I recommend you look past the screenshots, however, and give it a go. I think you’ll be surprised with just how addictive this very simple, but weirdly addictive game can be.