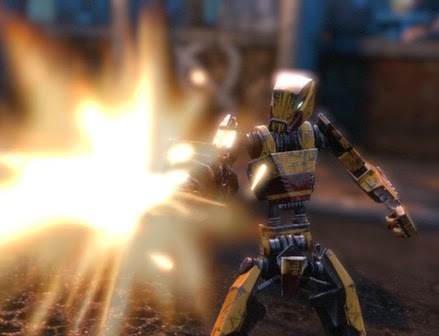 Australian-developed EPOCH was a smash hit on iOS for many of the same reasons that most iOS smash hits become smash hits – it took a very basic idea and executed on it really, really well. It combined high production values, gameplay that worked on a touch screen, and easy, short bursts of play, and that made it the perfect game for the platform.

Now EPOCH is available on PC, and expectations for PC games are somewhat different. Even when you look at the cheaper end of games available on Steam for under $10, you’re looking at some very deep, rich, and complex experiences. Because of that I do suspect EPOCH will struggle to stand out.

That’s not to say I don’t think it deserves success, because the core mechanics of this game are a load of fun. If you think of a cover-based shooter, and then think of an on-rails arcade game, and mentally combine them, you’ll arrive at EPOCH. In this game players don’t control movement, beyond telling their robot hero to move into and out of cover, and moving between a handful of different cover points in each level. Instead, players focus on the strategic movement between different points of cover, aim, and shoot hordes of enemy robots. 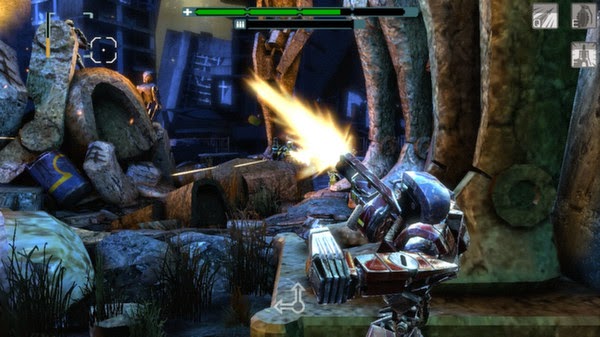 EPOCH is a simple game, but not necessarily an easy one. Enemies can be difficult to take down and unleash hails of bullets at a time; actually getting through a battle without the robot taking a fair hit of damage is a tough challenge, and well beyond my limited skills at the shooter genre. Between missions players acquire experience and cash to use to acquire better weaponry; all fairly standard for the mobile genre, but enough to keep you invested in what’s going on.

There are plenty of levels to work through as well, and later levels throw all kinds of insane combinations of regular enemies, missile throwers, and heavily armed enemies at once. Players will need to think quickly on their feet, select priority targets, and remain mobile in diving between cover points. It’s everything that we get in “proper” cover-based shooters, simply distilled into an accessible pick up and play formula. For people who get really hooked on the game there is an endless arena mode and leaderboards, as well as a permadeath option to really challenge your skills. 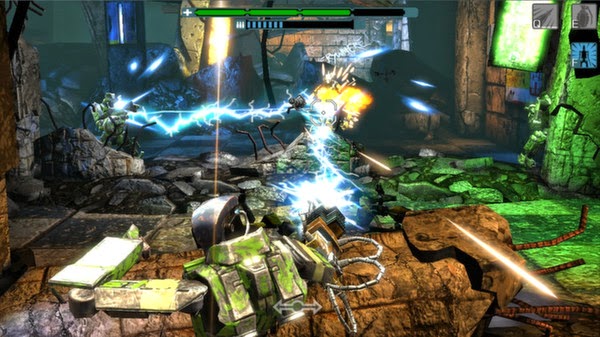 The game looks better on PC courtesy of an Unreal Engine 3 graphical overhaul, and it plays better as well thanks to the addition of gamepad controls. Yes, EPOCH plays fine on iOS with touch screen, but in the end this is still an action game and plugging in an Xbox controller still feels more natural.

Is EPOCH worth the monetary investment stacked up against everything else that is available on Steam, however? In a much more competitive field when it comes to shooters on PC when compared to iOS, EPOCH does loose a little. It no longer feels like the premier experience that the platform offers. With that said, as a time waster good for short bursts of play between more meatier games, EPOCH does a great job.