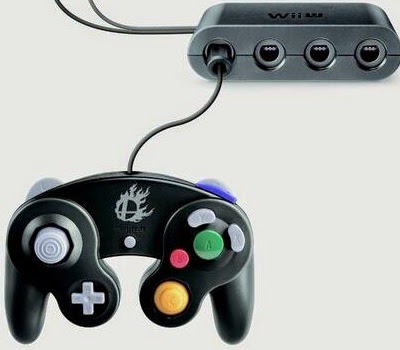 Just a couple of weeks before E3, Nintendo announced via Twitter that a peripheral would be coming to Wii U to enable support for Game Cube controllers. The intended use of this adapter, of course, is for the upcoming Super Smash Bros. on Wii U. The company has now let out a few extra tidbits that should appease fans of Nintendo’s old purple lunchbox.

Firstly, Nintendo will start reproducing Game Cube controllers and selling them for $29.99 USD a pop. That fancy flaming Smash Ball logo will stay intact and differentiates them from the original models. The controllers can be used to play Super Smash Bros. on Wii U but are also backwards-compatible with Game Cube and early Wii models.

The adapter itself will run you $19.99 USD and support all your old and new Game Cube controllers (including the wireless WaveBird). It runs using two of the Wii U’s USB ports.

There’s also a special bundle coming out that includes the Wii U version of Super Smash Bros., a Game Cube controller, and the adapter. It’ll run you $99.99 USD, which is a slight saving over buying all the components individually.

Wii U owners will have to wait a while longer than 3DS owners to snag the game, but the console version will certainly have multiplayer options out the wazoo for all the impending Smash parties.

World of Tanks on iOS launches globally on June 26