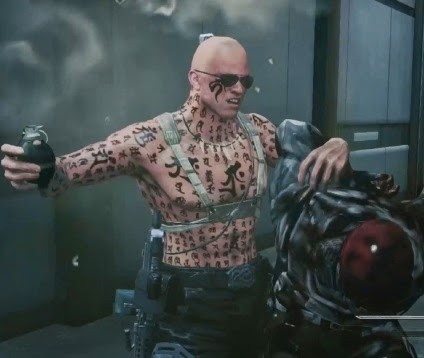 Tamonobu Itagaki hasn’t released much since leaving Tecmo Koei. The almighty creator of Dead or Alive and the 3D Ninja Gaiden games hasn’t been doing nothing with his new studio, Valhalla Game Studios, however. He’s been working hard on a new IP; Devil’s Third.

This game has been in the works for years and was originally to be published by THQ. That fell through when THQ shut up shop, but the good news is that the game survived the cull; it’s now being published as an exclusive on the Wii U.

As for the game’s trailer it looks like a weird mix of Ninja Gaiden and cover-based shooter. It’s also got Itagaki’s usual tropes – exaggerated characters, horrible voice acting and ridiculously proportioned women.

I’ve seen quite a few comments that the game looks “poor,” but I know what Itagaki is capable of, so I actually have high hopes for this project. I suspect it’s a poor trailer, and the real game will surprise people on release.