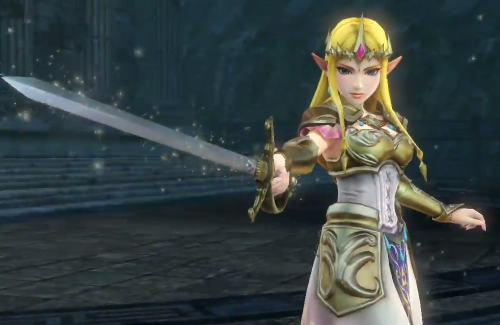 That’s right; Zelda herself will actually be playable in a Zelda game for once. Other than as a suit of armour in Spirit Tracks for the DS (and in a couple of CDi games that are best left forgotten), Zelda hasn’t been very playable in the franchise’s nearly 30 year history. The only real exception to this has been in the Super Smash Bros. fighting games.

It’s probably less impressive when you consider Warriors games tend to have hefty character rosters and the team probably leaned on the most iconic possible characters, but hey, I’m certainly not complaining. She’s also got some snazzy weapons with considerable destructive potential and a new design to boot.

Oh, and Midna is playable too. Midna.

Hyrule Warriors is due out on September 26 in North America.