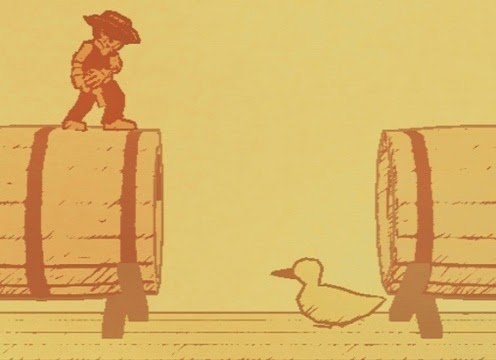 Gunman Clive was a minor hit as a cheap downloadable old-school platformer on the Nintendo 3DS. The good news is that the hand-drawn hero is making a return, with a trailer confirming that Gunman Clive 2 looks like more of the same thing.

That isn’t a complaint in the slightest, mind you. Gunman Clive was a very solid platformer, and it looks like the developer is adding just enough new features, such as rideable animals, to keep people interested.

There’s also a lot more colour in the environments and backgrounds this time around. While maintaining the hand-drawn aesthetic that was so appealing in the original, I do believe this is to the game’s benefit, as the original Gunman Clive was perhaps a little too monotone for its own good.

The game also has a T-Rex. That is always good. Although I can’t say I approve of the killing of ducks.

Expect a release later this year.

Shantae is coming to Wii U