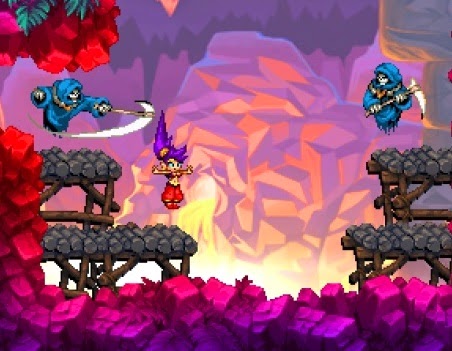 Shantae and the Pirate’s Curse is going to be something special. The Arabian-themed fantasy platformer franchise of Wayforward has, to date, been sadly underepresented. titles in the series have been limited-scale releases, or been made available on underwhelming platforms such as the DSiWare download service.

But credit to Wayforward, this is its baby and it continues to push on and create new games in the series. Pirate’s Curse is the upcoming game, and we had thought that it was a Nintendo 3DS exclusive, but then NintendoLife sprung a lovely E3 surprise on us; the game is also coming to Wii U.

Given the atmosphere and the style of the game, this is a good thing indeed, as the powerful Wii U hardware will finally be able to realise a vision of the setting and character that does it justice. Wayforward are no slouches with the console either, as the developer produced the brilliant Ducktales Remastered for it not long ago.

There are more screenshots available at NintendoLife, so let’s rejoice that the console is getting what will surely be more essential platforming action in the coming months.