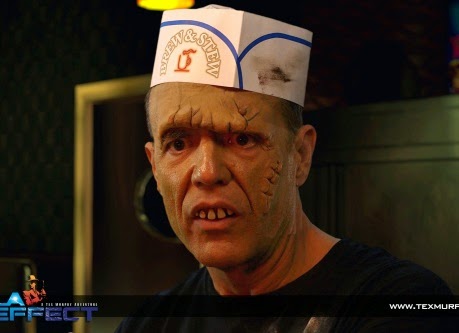 Despite my love for the platform, I’m always initially skeptical of the revival of old series through crowdfunding sites such as Kickstarter. It’s not that I’m doubtful of the developers’ ability to produce a quality title, or their adherence to a production schedule, but rather how they will go about adapting age-old franchises for the modern era.

Tesla Effect: A Tex Murphy Adventure has decided to stick to its roots, a decision that may be off-putting to series newcomers, but one that will undoubtedly please veteran PIs. Tesla Effect isn’t looking to redefine the genre, or usher in a new wave of full-motion video/adventure game hybrids, but it does provide a steady drip of nostalgia for those who are desperately seeking it.

The game picks up in 2050 in post-World War III San Fransisco, seven years after Tex’s last outing in Tex Murphy: Overseer (which came out in 1998, if you’re keen on keeping dates in order). After a mysterious shootout at his office, Tex has lost all memories of the past seven years, putting him on equal footing with the player. After a brief tutorial and a quick rummage around his office, Tex quickly begins chasing down leads, interrogating old friends and new faces, and piecing together clues in order to get his memory back, and in typical Tex Murphy fashion, save the world from being taken over. 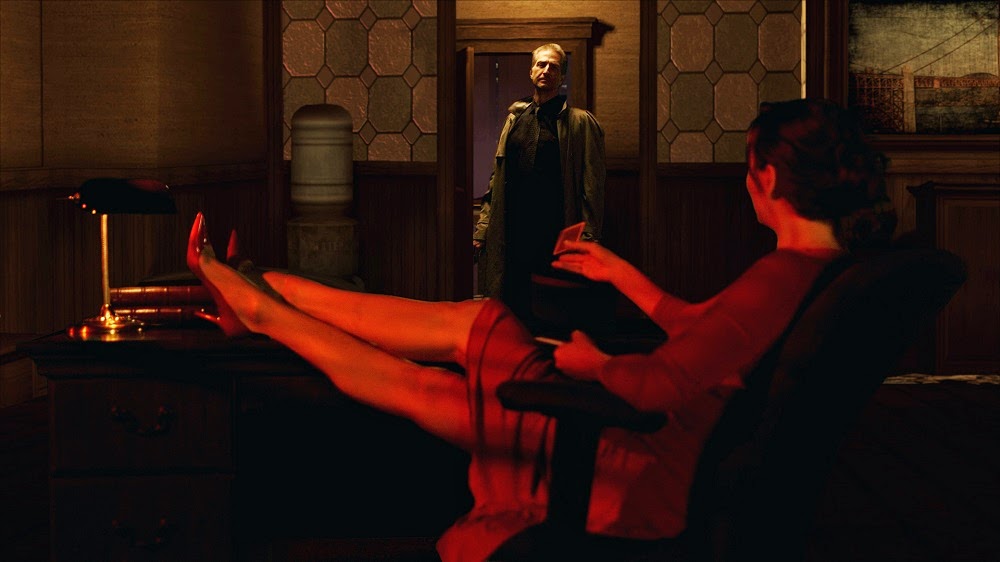 Still, it doesn’t take long for you to realise (assuming you’re a fan of the series) that little has changed in the last 16-some-odd years. Chandler Avenue has received a face-lift of sorts (more on that later), but many of the locations and characters from games past make their way into Tesla Effect. Series staples such as Louie (the lovable mutant cook) and Rook (the irritable pawn shop owner) show up before long, but there are a handful of new characters as well, most notable is Tex’s sentient virtual assistant Smart Alex, voiced by Kevin Murphy of MST3K and RiffTrax fame.

As great as these inclusions are, the overall look and feel of Tesla Effect is a bit hard to stomach at times. Though it’s in line with previous entries, performances are apologetically cheesy and overacted, and the game’s writing is as hammy as your favorite dad joke. It can sometimes border on cringeworthy, but those who appreciate the game’s tongue-in-cheek nature will probably love it, warts and all. Environments don’t fare much better; cutscenes are now filmed in high definition, but backdrops and first-person sequences look a little last-gen; nothing unsurprising for an FMV title of this calibre, but the inconsistent quality of the aesthetics are all the more noticeable now.

There’s plenty of fan service to be had however, and in many ways this is where Tesla Effect shines. While they are usually shown without any context, there are plenty of flashbacks to earlier games (presented as FMV clips) that will make Tex Muprhy fans happy. Like most adventure games, almost everything in the environment can be examined or interacted with in some fashion, and there’s usually an internal monologue from Tex to go with it all. Tex himself may look older, but his delivery is as sarcastic and dry as it’s ever been. In fact, Chris Jones himself (who plays Tex), looks more fitting for a hard-boiled detective now that he is older. 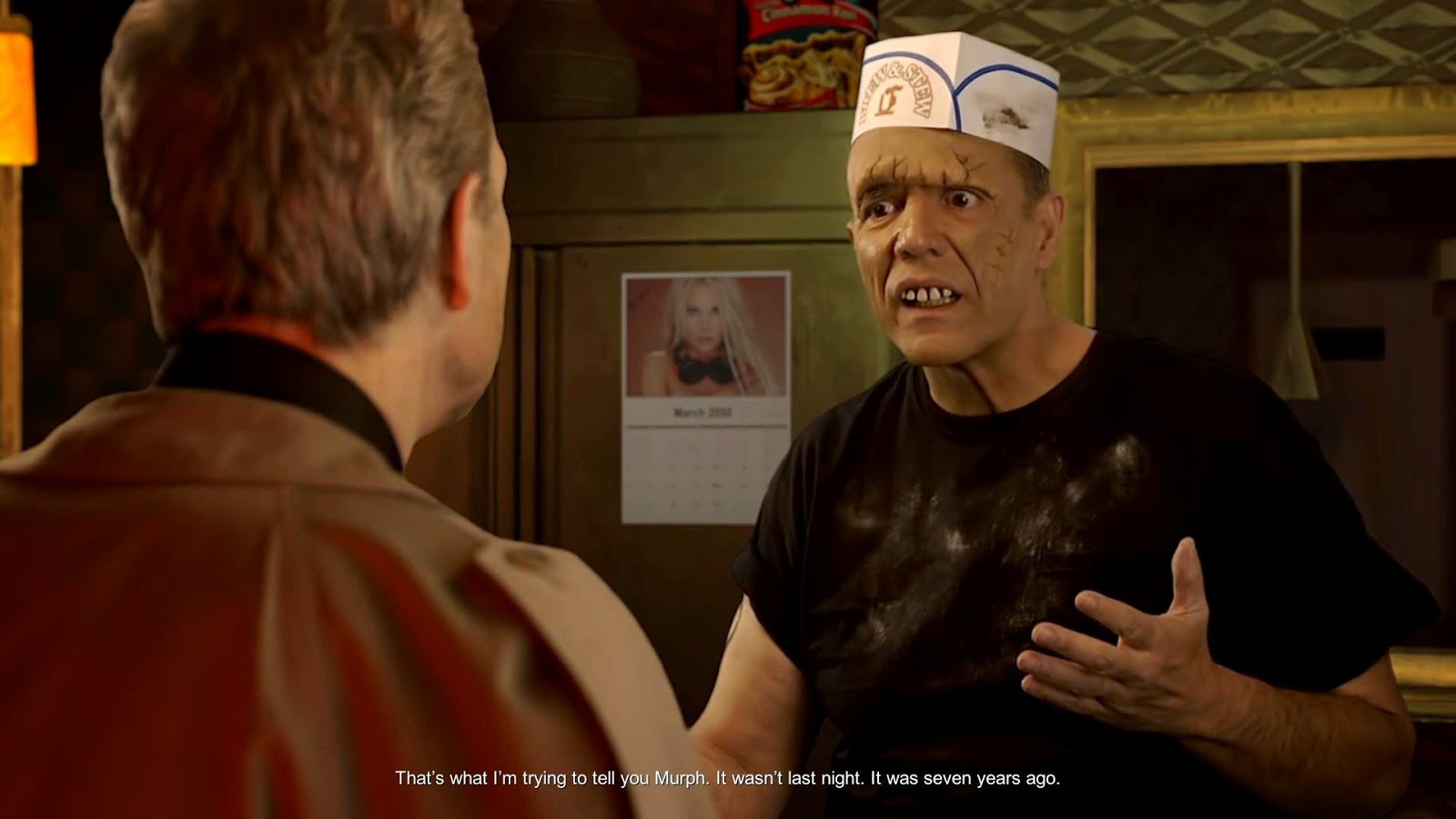 Among the things that haven’t really changed is the actual gameplay itself. Adventure games have changed a lot since the golden years of the 90’s, but Tesla Effect is perfectly content with keeping things decidedly retro. Much of the game consists of travelling to different locales, talking to characters or solving a puzzle or two, which will undoubtedly lead you to another area, or potentially trigger a new cutscene. Puzzles are not unlike those from old-school adventure titles, though they aren’t nearly as obtuse as games like Monkey Island were.

Some puzzles can be a bit cryptic (or poorly explained), but the ability to play on casual mode (which both allows you to get hints and skip puzzles should you so choose) alleviates much of the struggle. Those who grew up on LucasArts adventure games will feel at home, but those who aren’t able to look past the inherent flaws of the genre will probably find it all a bit too tedious. Getting used to the fact that objects disappear once you use them is one thing, but if you’re not used to blindly moving from location to location to find a specific clue, or trigger a dialogue with another character, then you’re better off looking elsewhere.

And that is maybe the one issue that stands out the most with Tesla Effect; it’s a game that is very clearly made for the fans, mainly those who have played the previous games. The puzzles, the writing, the acting, and the humor is all ripped straight from the 90’s, and if you’re fixated on modern gaming sensibilities, you probably won’t last ten minutes in Tex’s world. But for those who have been waiting for the return of the world’s greatest PI, look no further. Tesla Effect is a love letter to a genre that is all but gone.

Child of Light is coming to PlayStation Vita