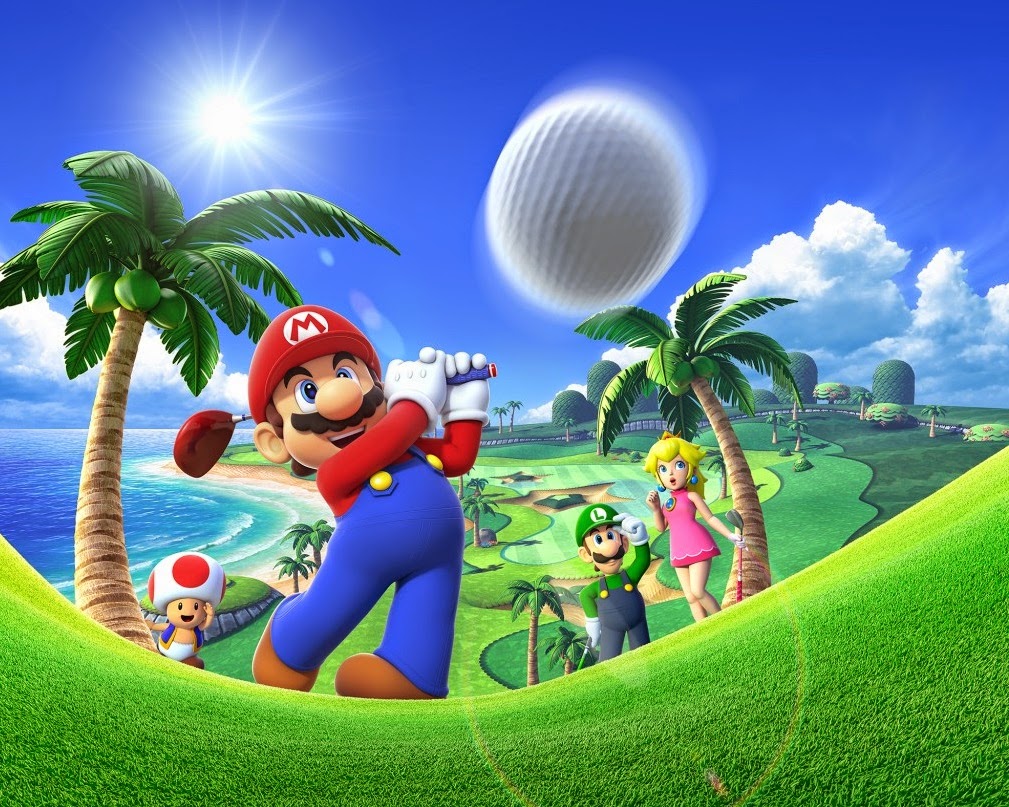 After the complete disappointment of Camelot’s Mario Tennis Open on the Nintendo 3DS, it’s nice to see that the team has taken the criticism on board and addressed the main structural complaints for its second shot at a Mario Sports title on the console.

Mario Golf: World Tour is a truly impressive package, and one of the most entertaining sports games we’ve seen yet on Nintendo’s handheld powerhouse.

Mario Tennis Open was criticised for lacking a story mode, something that had been a key part of the handheld Mario sports games since the Game Boy Color original. Mario Golf: World Tour has a story mode. It’s not very complex (and over very quickly indeed), but it’s enough to give the game some kind of personality to the game’s action, and provide players with a context beyond a static menu.

This mode also plays the role of an extended tutorial that teaches players the fundamentals of each golf course, so that they can learn how to effectively choose the right shot to make, read the lie of the ball on the green and master the power drive before they head into the extensive online multiplayer modes. Which brings me neatly to the second main criticism of Mario Tennis Open that Golf has completely fixed; the multiplayer in Camelot’s tennis game was limited and terrible. 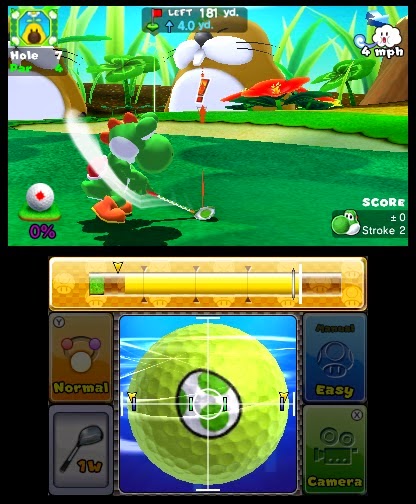 Here, however, Camelot has organised a wide range of tournaments to play in and cleverly rely on asynchronous multiplayer rather than “live” competition. In World Tour, top scores, complete with ghost data, can be uploaded to the servers, and players can effectively complete with one another from around the world without relying on those other players being online. It still provides a hugely competitive experience, it’s still tense, as you come to realise that some of those ghosts that you’re competing against have birdied every hole, and it’s enough of a reason to keep playing the same courses over and over again… long after every turn and trap has been memorised.

Most critically, the way this multiplayer has been structured means that Camelot did not need to make concessions. Playing online does not rely on everyone playing having a stable Internet connection, and nor does it limit a game’s length in multtiplayer. Mario Tennis restricted the multiplayer to short games of first to seven points. Mario Golf allows for the full 18 holes of a course in multiplayer, and that makes a world of difference to the game’s online play longevity.

In addition to Nintendo’s own sanctioned tournaments, players are able to build challenges of their own. These can either public, or private (requiring players enter a code to compete). This allows friends to challenge one another without the distractions of randoms filling up the leaderboard. In fact Digitally Downloaded has set up a tournament of our own; feel free to join in. 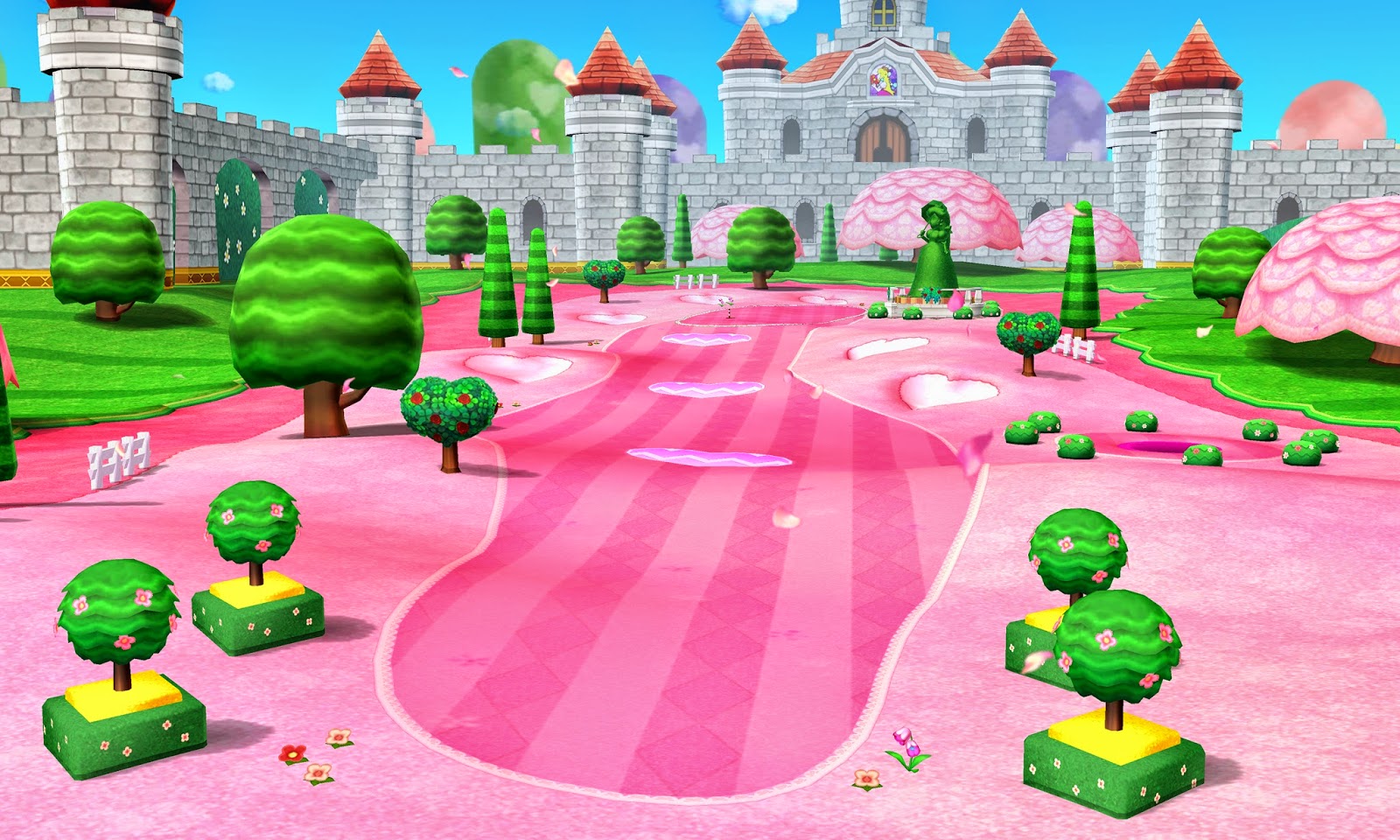 It’s just as well that the online mode is so extensive, as there aren’t the same density of courses as in previous Mario Golf games. If you’re happy to play useless, gimmicky 9-hole courses, there are plenty of those that set tasks such as collecting coins and using Mario-themed items like Super Mushrooms to make he ball race along the ground after it’s hit. You’ll get more value out of the purchase if you can stomach these nonsense events, but if you’re like me and happy to have Camelot’s rock solid golf mechanics speak for themselves, there are precious few “proper” courses to play on unless you shell out for the DLC as well.

Yep, this game has a DLC strategy, with three “packs” of two courses a piece being up for sale in the coming weeks and months. These seem like they’ll be good quality courses, but they’ll also set you back roughly a third of the cost of the game itself.

Outside of the single player campaign (where you’ll play as your Mii character and earn better equipment to help them play better), and the online multiplayer, there’s some classic Nintendo characters to uinlock as well through individual events. There’s no real reason to, as the Mii character ends up being a better choice for competitive golfing, but it’s fun to take to the course as Yoshi once in a while too. Unlocking all these extra characters helps extend the life of the game to a few dozen hours play, all up. 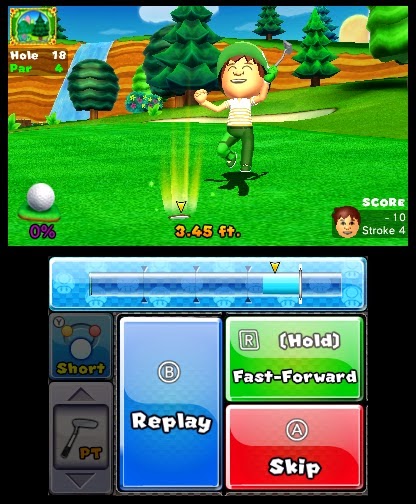 My biggest gripe with Mario Golf: World Tour has nothing to do with how much raw content is packed into it, but rather how easy it is to play. I’m a veteran of the series, but even still, I did not expect to find low scores as easy to achieve as I did in this game. Within the first couple of hours play I was able to pop online and register a score on the online leaderboard in excess of a birdie for every hole (-19, in fact). And my score isn’t even close to he top of that leaderboard, as it turns out.

Some of the challenge courses are more difficult, but I have fond memories of the Nintendo 64 and Gamecube games offering a challenge through their actual course design. World Tour by contrast clearly wants everyone to feel like they’re a winner, and while this is fine for younger players, there’s nothing there that will give experts the excitement of overcoming a genuinely difficult course.

With that being said, the presentation is classically charming, the actual mechanics are spot on, and the physics engine is so well balanced that not once did I feel like the ball reacted to the wind or a bounce in such as way as to surprise me.

How much value you get from this game largely depends on how comfortable you are with online challenge and competition. Taken as an single player experience, Mario Golf: World Tour is either expensive with all its DLC, or a little too light in raw content for its own good from the base package. But either way, compared to Camelot’s previous 3DS effort with the tennis game, this is a massive step up.