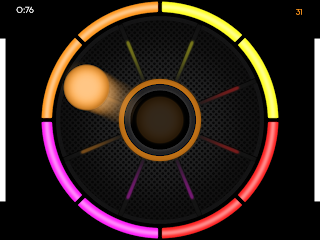 Fans of electronica music and brutal difficulty levels take note, Elevate Entertainment will likely be the next developer to send iPhones flying through the air in frustration, only to find them picked right back up for another go (assuming they still work, of course).

The subtitle says it all, really; “A No-Nonsense Rhythm Game” is exactly what Lumena truly is, and that’s not a bad thing at all. A static screen brings the play field to life with two neon coloured circles – the smaller of which being found in the centre of the larger one. The outer circle has eight parts which pulse and spin to the beats of the electronica soundtrack, and flicking the centre circle, or disc, into the a matching coloured side of the outer circle keeps the game in motion. Fail to flick the disc longer than four seconds or into a matching coloured side of the outer circle and it’s game over. Simple and effective.

Where Super Hexagon took players into a whirling electronica vortex, Lumena sticks with a much more minimalistic visual approach of simple neon flashing lights that make up the outline of the larger circle, as well as the bright glow of the inner disc. Little coloured electrical arcs quickly radiate to the outer circle, which are precursors to the upcoming beat that allow for a slight notice of where the disc can be safely flicked next. If it sounds easy, it really isn’t. The learning curve is steep and the difficulty level is sky high, yet the very same masochist draw that keeps me playing Super Hexagon over and again – even though it has already beat me down and spit me out a few times during that very same play session – has found itself right at home here in Lumena. 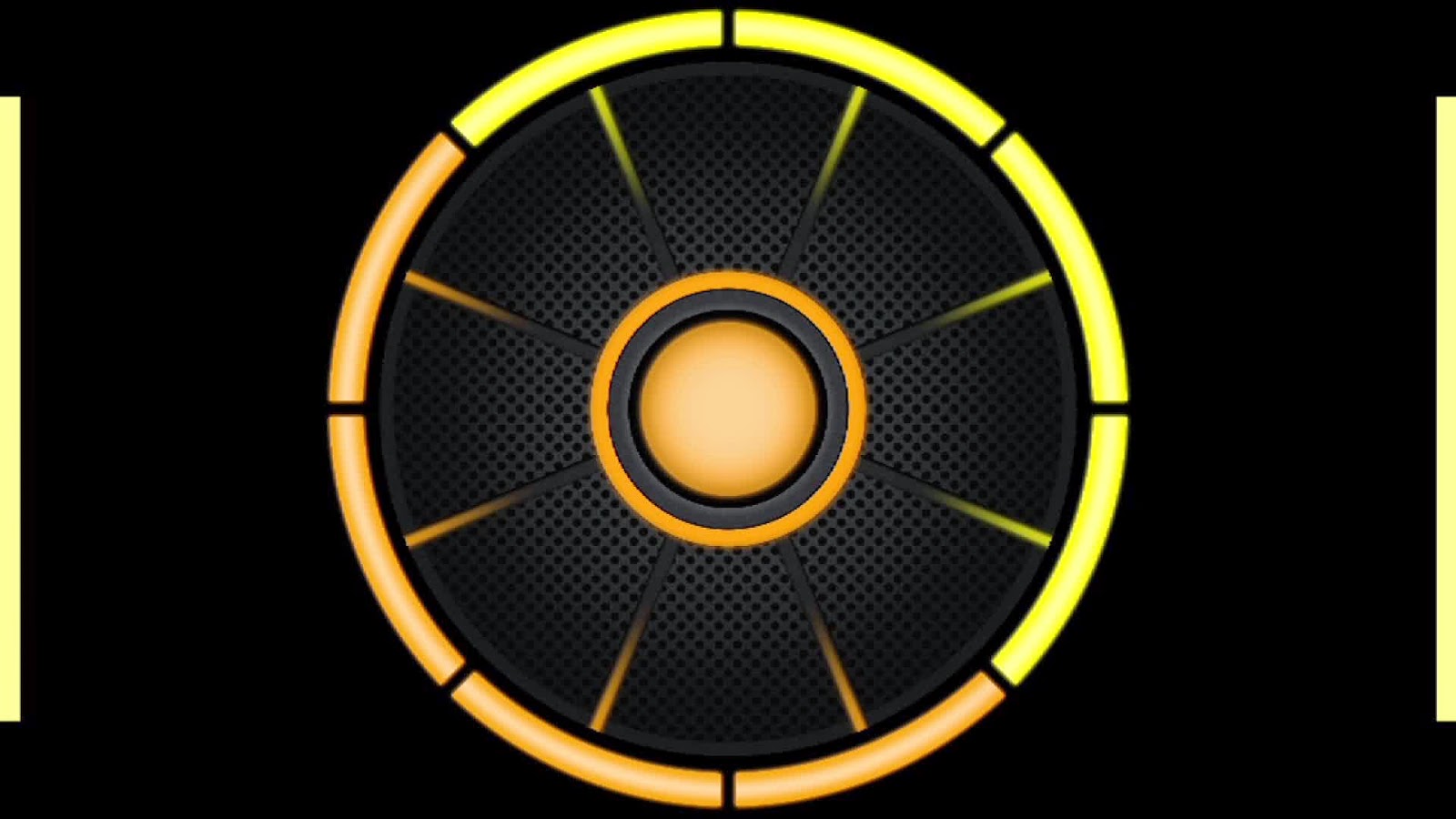 I couldn’t shake the memories of toying around with a Simon Says unit when I was a child when playing Lumena. While it could have very well been the the multicoloured circular outline, it was most likely the need for pattern memorisation that found their return time and again; or maybe a bit of both. In Super Hexagon a single level features a random selection of named pattern sets. When the female announcer called out the upcoming pattern set, a skilled player would recall from memory this pattern type and start anticipating what needed to be done in the next second of play. Lumena lacks this breakdown, forcing the player to try and memorize the entire level structure. Thankfully, the patterns aren’t terribly long and its difference in play style doesn’t require the breakdowns to find success.

The soundtrack by Modbon delivers six tracks that offer up a great blend between catchy melodic hooks and driving beats. For a game that a play session can last a mere second or two, near instant restarts that find the tracks only taking a short pause when a mistake is made does a fantastic job of keeping you immersed and hopefully an iPhone flying across the room less often. It’s maddeningly difficult and lots of fun, and there’s not much else I can say about it.