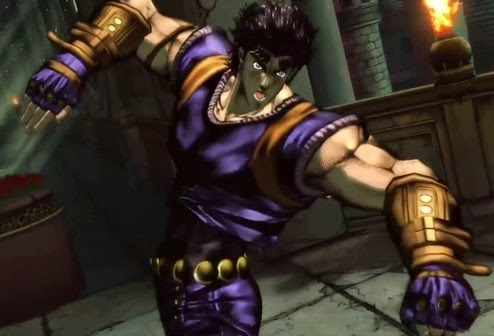 Fighting games based on anime franchises are a bit like film tie-in games; they can either offer something genuinely thrilling for fans of the franchise… or they can wind up being a nothing game living in the shadow of the genre’s finest, and failing to do the franchise that it’s based on any justice whatsoever.

I enjoy Jojo’s Bizarre Adventure. It’s not the finest anime (or manga) out there, but it’s fun enough. I think that’s the most apt way to describe this fighting game based on the anime, too.

You do need to be a fan of the anime before stepping into this game, because it does a horrible job of explaining why these characters are fighting one another, and why you, the player, should care. There is a “story” mode, but don’t let this fool you; for the most part this story mode narrows entire editions of the manga (or episodes of the anime) into a couple of sentences of text. It goes without saying that that isn’t enough to set any kind of scene. 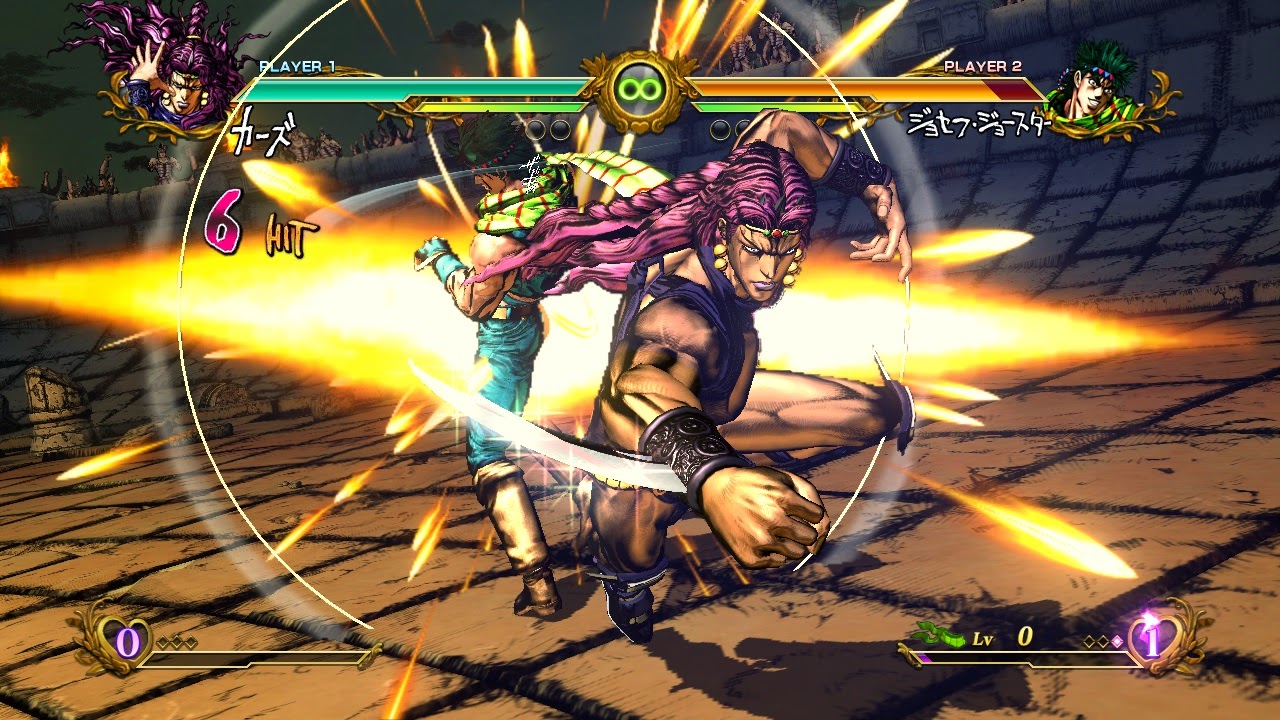 I know this is a fighting game, but we now live in the era of the likes of BlazBlue, which manage to cram a near novel into its story mode. Even nonsense fighting games like Dead or Alive have over the years succeeded in giving its characters a personality that allows players to have their favourites. Stepping into All Star Battle by itself will feel like a largely character-free and even sterile experience.

Thankfully Jojo’s Bizarre Adventure is readily available on CrunchyRoll, and so, give it a watch. If you find you enjoy the show, then the fighting game does a good job of capturing the fighting styles of the weird bunch of characters, and certainly looks the part. I know these games are always built for fans first, but I did need to make it clear; this game is for the fans first. 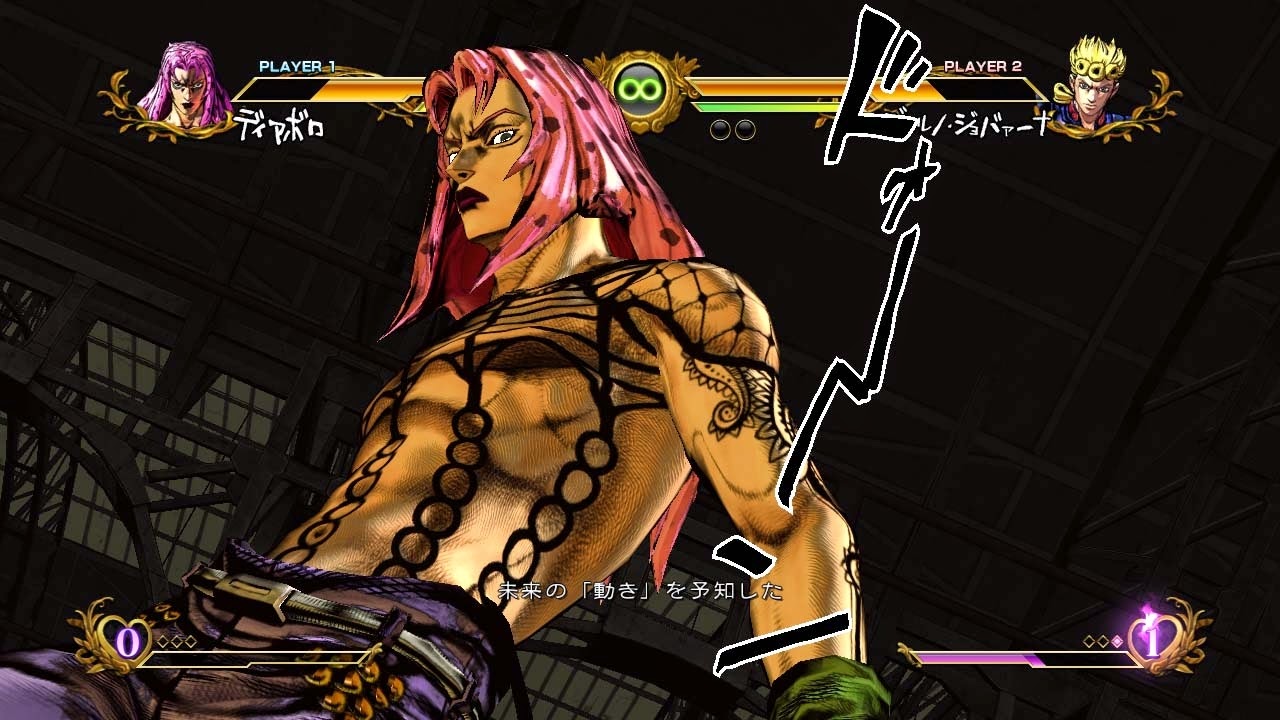 The developers have done a good job of taking a truly massive range of different fighting styles, and making it somehow work together without horribly unbalancing any one character. We’re talking about a cast that includes a dude that is paralysed in the legs, and so fights on horseback. When his horse isn’t available he has to crawl along the ground. There’s not the same sheer range of attacks as you’d find in the more complex fighting games, and so the longevity won’t be there since mastering a character is within the capabilities of even more casual fighting game fans like myself.

The combat itself plays out largely in two dimensions (though there is a sidestep button as well). Characters feel quite sluggish at first, but after an hour or so the combat system starts to click and character movement starts flowing better. As with most B-grade fighting games, there are a few attacks that tend to be effective enough to make spamming them a temptation, but not so much to ruin either the single player or multiplayer experience. 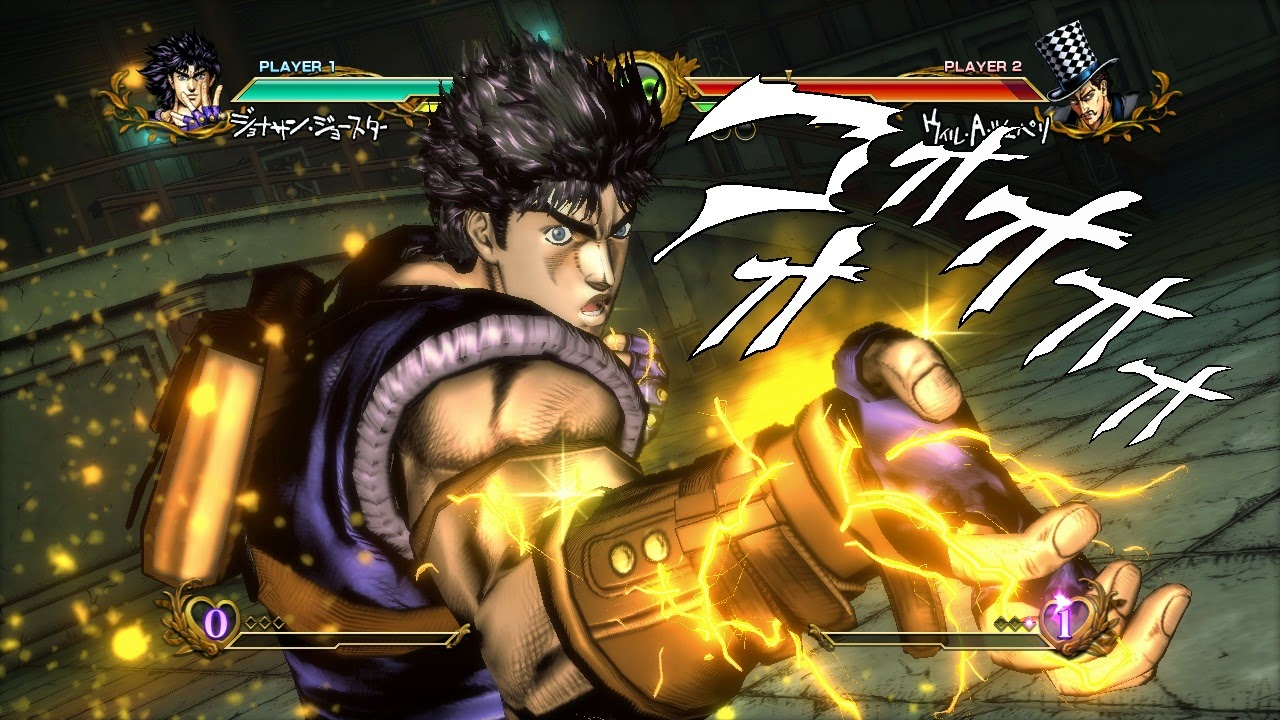 What’s most impressive about Jojo is the effort that has gone into offering a range of gameplay modes. The Arcade and Vs. multiplayer are there, of course, as is the aforementioned Story mode. But it’s campaign where things get really interesting. In this mode you play the avatars of other players that have been uploaded to the server. It’s not true multiplayer, but it feels like there’s other real players involved with your game here. Every so often a boss battle will pop up; a character you’ll need to beat multiple times in order to properly defeat. Beating bosses yields rewards, and there are items and powerups that can be used to give boosts and special effects in these battles.

It still boils down to one-on-one button mashing fighting, but there are a lot of rewards to earn in each mode, and plenty of characters to play with. All Star Battle is a genuine effort, if nothing else.

Once again, this is a game for the fans, and only the fans, but I think that there has been a genuine job here to do right by the fans. Jojo’s Bizarre Adventure: All Star Battle is not a classic game by any means, but it’s leagues ahead of most other anime or manga fighting games.

Persona 4 goes for The Golden with new anime series